Syrian refugees: First Canadian winter a shock to some newcomers

New Windsorites Ebrahim and Mustafa Alali aren’t strangers to snow, but they’ve never seen anything like a Canadian winter before. 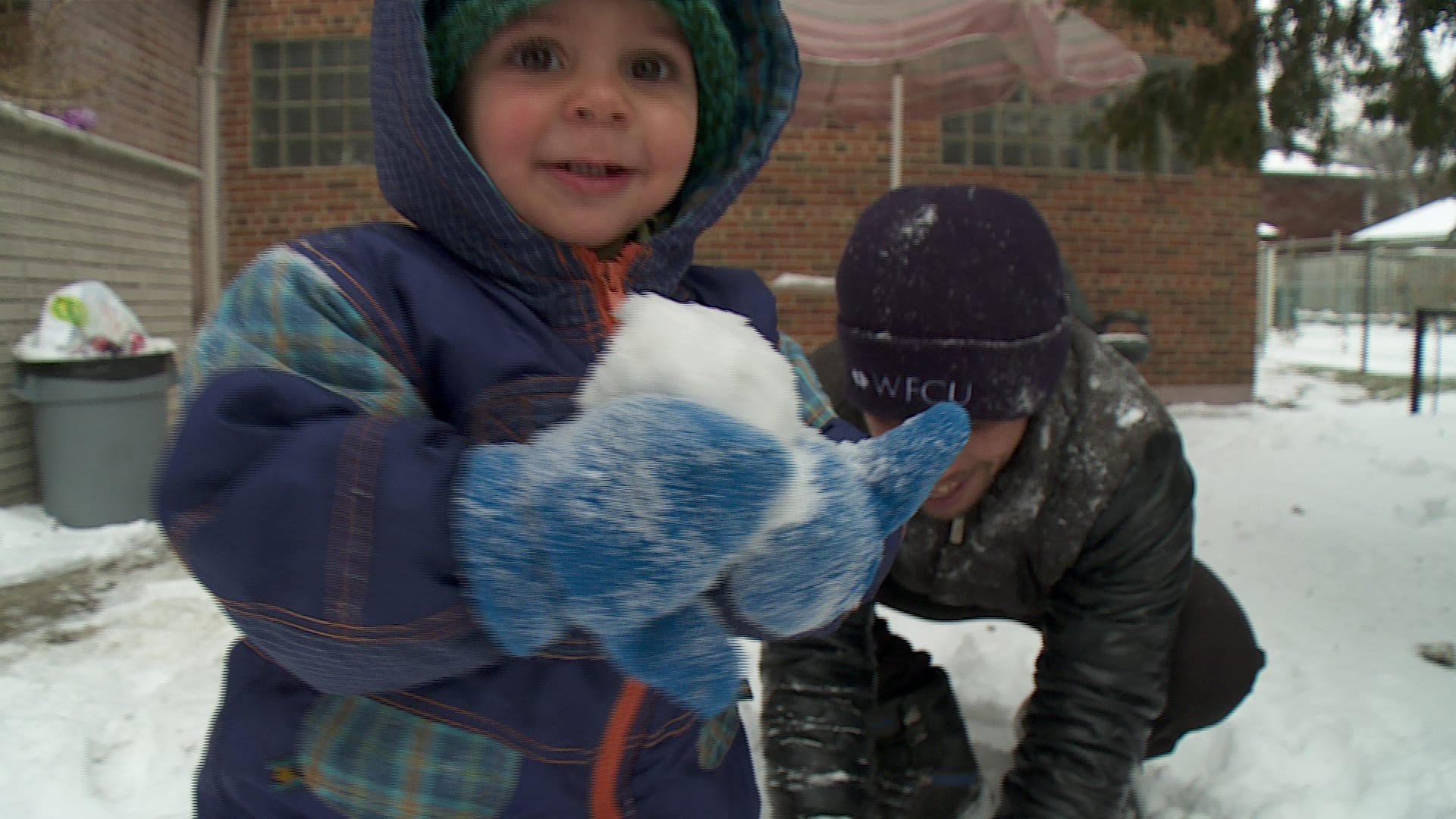 5 years ago
0:48
The cold weather is tough for most to get used to but even more so for the Syrian refugees. CBC News went out into the snow tundra to play with a recently arrived family. 0:48

Ebrahim and Bara Alali aren't strangers to snow, but they've never seen anything like a Canadian winter before.

The two boys are refugees from Syria. They arrived in Windsor, Ont. with their parents Bara Alali and Nada Alkousa about nine months ago, and this is their first winter in the city.

"I feel cold, I just like to play with the snow," Bara said, tossing some snow in the air.

"He's happy for the snow," Mustafa told CBC News as the boys played in their front yard. "I feel cold, I just like playing with the snow for my son, for my wife."

Snow does fall in Syria and Jordan, but temperatures do not hit the same lows as in Canada. The temperature on Wednesday hovered around -10 C, but with the wind chill it felt like -20  on a calm day.

"Here, now, it is very snowy, very cold. It is nice," Mustafa said.

The family is also grappling with some distinctly Canadian problems, like pushing a stroller on an icy sidewalk and trying to avoid the cold and flu virus.

"We go to school because we have to go, just like this," Alkousa said, speaking Arabic through a translator.

"The cold puts a lot of pressure on us because the kids want to go out and play all the time, but every time they go out, the next day they are sick. Maybe it will take a few years for them to get used to it," she said.

Even with these challenges, both parents are happy to be in Windsor with their sons.

With record breaking warm temperatures in December, the family is just getting their first taste of winter now.

"We enjoyed December, but everyone told us the real cold was ahead," Mustafa said through an interpreter. "We knew it wasn't the real situation and we'd be getting more and harder cold."

With files from CBC's Aadel Haleem