The City of Windsor said Wyandotte Street W. will remain closed on the city’s west end through the Thanksgiving weekend and beyond as precaution, due to some fallen debris from the 80-year-old Ambassador Bridge.

Debris falling from the busiest land border crossing in North America is responsible for closing one of the heaviest travelled roads in Windsor, Ont.

The City of Windsor said Wyandotte Street W. will remain closed on the city's west end through the Thanksgiving weekend and beyond as precaution, due to some fallen debris from the 80-year-old Ambassador Bridge.

City crews have been monitoring the street after a resident commented about seeing debris on the road below the bridge, which connects Highway 401 in Ontario and Interstate 75 in Michigan, a major trade route in North America.

The two highways combine to stretch from Quebec to Florida.

Bernie Levasseur has lived near the bridge for 22 years. He has never heard of anyone getting hurt by falling debris.

He's concerned not just for cars and pedestrians beneath the bridge, but those who travel over it, too.

"I really hope it's not a statement of the condition of the whole bridge," Levasseur said. "It's not just a safety concern there [on the sidewalk], it's a safety concern for all the people using it. How safe is it up there if the bottom is falling out of it?"

The Ambassador Bridge, currently one of three international crossings connecting Windsor-Detroit, is the busiest land border crossing in North America.

The bridge connecting Windsor and Detroit carries one-quarter of all trade between Canada and the United States.

More than 7.1 million vehicles crossed the Ambassador Bridge in 2014, according to the Public Border Operators Association.

Michael Tunks, a University of Windsor student who has lived near the bridge for two years, called the situation "unsettling."

Thousands of students call the area around the bridge home and must walk under the structure to get to class every day.

"It's a little unsettling knowing that stuff is falling off. It's not really safe," he said.

Tunks has noticed debris on the road before.

"When it's raining and water's falling off, little chunks of the bridge are falling, not big pieces, but enough to worry somebody," he said. "I haven't actually been hit.

"Thousands of people use the bridge every day. One of these times it's going to be an issue."

Ibukun Akinpelu, another student who lives near the bridge, said he always looks up when crossing under the international crossing.

A crew of contractors performed what the Canadian Transit Company, a subsidiary of the Detroit International Bridge Company, called structural upgrades and inspections on the bridge in May of this year.

Michael Evans shot video of the inspection and posted it to Youtube. You can watch it below: 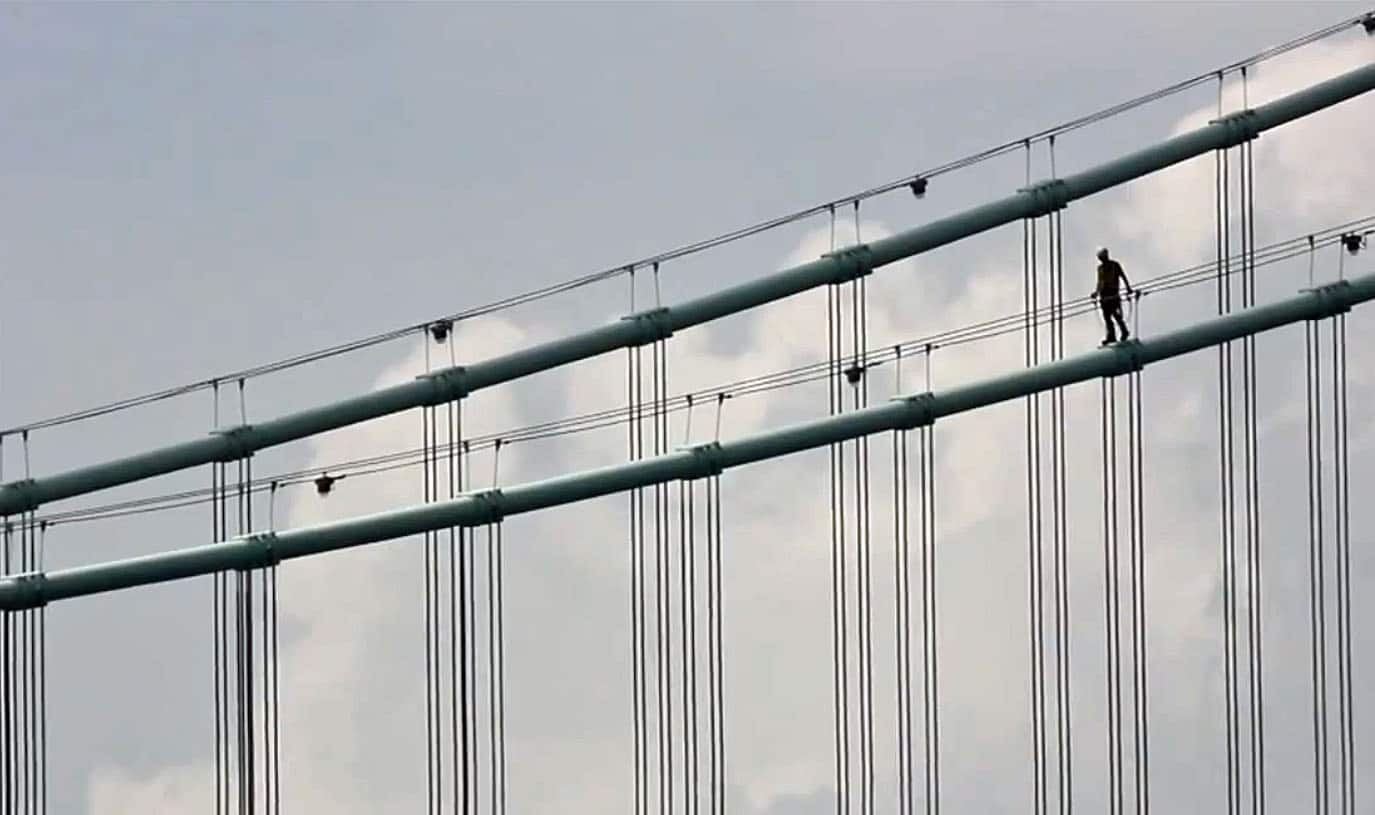 6 years agoVideo
1:50
Inspectors contracted by the company that owns the Ambassador Bridge make their way along the span some 100 metres in the air. 1:50

Officials from the Ambassador Bridge were not immediately available for comment Monday.