While first responders in Windsor-Essex save other peoples' lives every day, they're now equipped with a new 'All In Coin' taking aim at their own mental health. 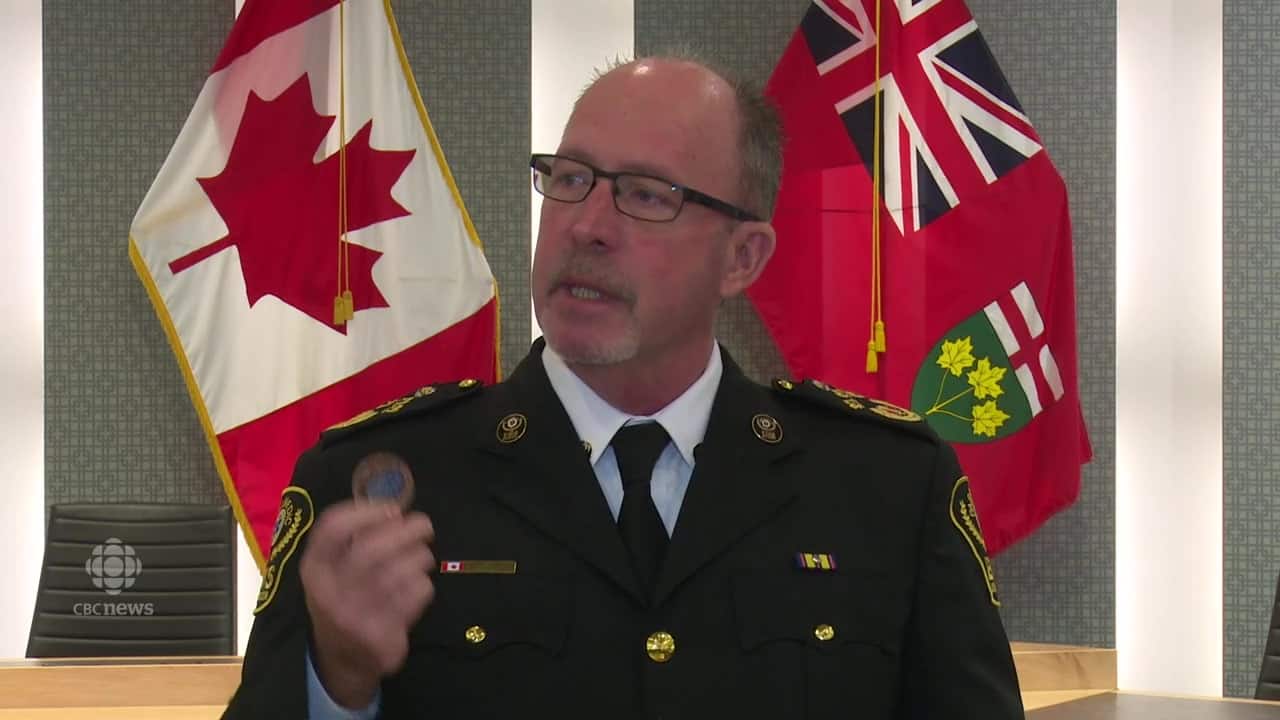 1 year ago
0:21
Essex-Windsor EMS and Essex Fire are giving out coins to their workers to make it easier for them to talk when they're having mental health issues. 0:21

While first responders in Windsor-Essex save other peoples' lives every day, they're now equipped with a new 'All In Coin' taking aim at their own mental health.

Essex-Windsor EMS and Essex Fire are giving out coins to their workers to make it easier for them to talk when needing mental help. It's meant to be used a symbol to say they need to talk about something, without having to say it.

"It was devised to be able to start that very difficult conversation, because that's the toughest conversation in the whole world the start and I mean we see it every day," said Essex Fire and Rescue Chief Rick Arnel.

The program started last November in Alberta by two firefighters after they learned about a first responder who died by suicide.

The coin can be used anywhere, at any time.

"If somebody knows you're an emergency service personnel they could show the coin and you could have that conversation," he said.

So far about 400 coins have gone out to Essex-Windsor EMS workers and 85 to Essex Fire and Rescue. Each cost $8 and comes out of their own budget. The coins are purchased from non-profit Project All In.

There is other mental health programming going on in emergency services. Arnel said there is a peer support team and will have more training down the road.

Essex-Windsor EMS Chief Bruce Krauter said they're hoping with all the training and the coin, that it helps reduce the stigma.

"It's no different than if I broke my arm," he said. "I'm gonna go to the hospital get it fixed. If I have a mental wellness injury I'm going to go get that helped and there's nothing to be embarrassed about."

Coins were distributed to EMS workers before Christmas and he said they've had a positive response.

"I kind of gauged acceptance by if people said, 'I don't want this' but nobody has said that. They've taken them. I expect them to put them in their pockets or take them home," Krauter said.

He believes Leamington Fire is also giving out coins to their workers. Krauter is challenging other regional emergency services and media companies to take part.

"It would be good, actually be great, if a paramedic could slide this across to a firefighter and know what it means."