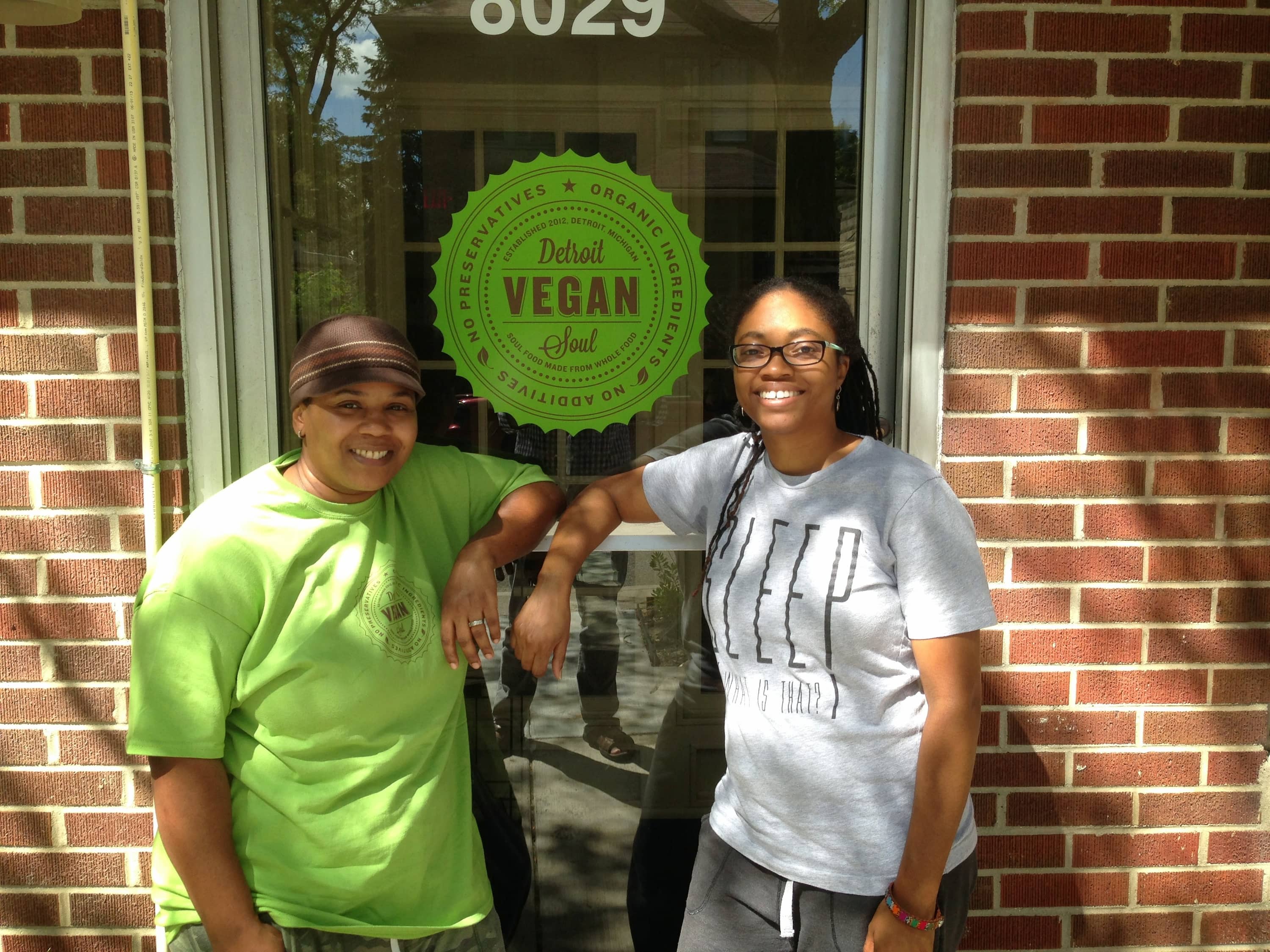 Seeing the words "vegan" and "soul food" beside each other is certainly unusual. For many, classic American soul food involves a lot of meat — dishes such as fried chicken, ham hocks, and collard greens, which, despite the name, usually contain some sort of meat as well.

That's what makes a restaurant in Detroit's West Village neighbourhood so fascinating. It's called Detroit Vegan Soul, and they claim to serve "soul food made from whole foods."

The restaurant is owned by Erika Boyd and Kirsten Ussery. Boyd is a Detroit native, while Ussery is originally from North Carolina. The business started as a meal delivery and catering company in 2012, and by September 2013 turned into a restaurant on Agnes Street. They say that Detroit Vegan Soul is one of the few of its kind in the United States.

So instead of barbecued chicken, you'll find barbecued tofu. Collard greens are on the menu, but use a combination of vegetable broth, garlic, tomato and other spices to make up for the lack of meat. The macaroni and cheese is dairy free. There's even a BLT wrap, but the bacon is made from coconut.

Naturally, it still takes a lot of experimentation to get things right, but once it does, the results can be delicious.

"One of the things that changed my life was when Erika started making southern-fried tofu — because I love fried chicken." Ussery says with a laugh. "Growing up, I was a very picky eater — that's one of the things my mom could always get me to eat. [So when Erika] found a way to make tofu taste like fried chicken, that's when I was able [to say] 'I don't need meat anymore.'"

Not everything at Detroit Vegan Soul uses meat substitutes such as tofu or tempeh. For example, Boyd mentioned that she's currently working on a chicken salad replacement that uses chickpeas as the main ingredient.

Are only vegans visiting?

Even though they've only been open for a year, Detroit Vegan Soul is quickly becoming a Motor City destination.

"We get all kinds of people that come into the restaurant," Ussery says. "We get people who are vegan from all over Michigan ... we get people who are just curious, because they want to know 'how do you fit soul food with vegan food?' And then we do occasionally get those people who stumble in, they don't know this is vegan, and they're just looking for regular soul food."

In those cases, she notes, the customers are usually open to trying the vegan alternative.

Ussery added they also get customers from Windsor, and even Toronto. "People who are visiting Detroit from other places, they always find their way to the restaurant."

Detroit Vegan Soul is located at 8029 Agnes St. in Detroit's West Village — about a 10-minute drive from the tunnel.

If you're looking for a vegan alternative to celebrate Christmas or American Thanksgiving, the restaurant is offering a meal you can order and pick up ahead of time - either individual meals or for a whole family.

It includes a veggie roast with mushroom gravy and lots of side dishes such as cornbread dressing, cranberry sauce, candied yams, collard greens, mac and cheese, plus apple crisp for dessert. Click here for details.

Orders must be made in advance.