Windsor's Devonshire Mall is the largest shopping mall in the city and dominates the local market. The mall is seeing its highest sales per square feet in its 47-year history, averaging about 20,000 customers per day.

Consumers spending more at Windsor's largest mall than ever before, despite dramatic rise in online shopping 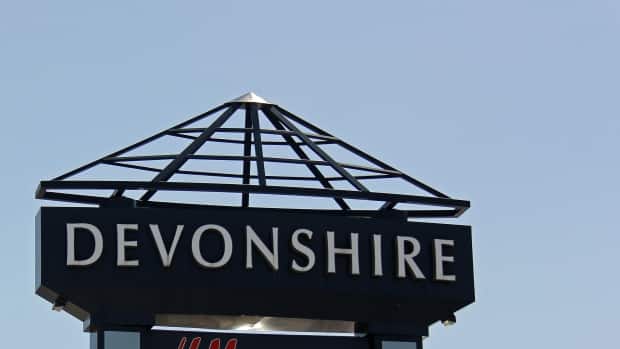 Online shopping not slowing down sales at Devonshire Mall

4 years agoVideo
3:43
Consumers are spending more at Windsor's largest mall than ever before, bucking a stateside trend that has seen malls struggling against the rise of online shopping. 3:43

Consumers are spending more at Windsor's largest mall than ever before, bucking a stateside trend that has seen malls struggling against the rise of online shopping.

More than 300 malls are at risk of closing in the U.S., according to Green Street Advisors, a U.S. real estate research firm. And in Michigan alone, 12 malls have made a list of closed or struggling operations on the website deadmalls.com.

The trend has yet to hit Canada hard but industry watchers say the risk is there unless shopping malls take steps to offer customers something more than they can get with the click of a mouse.

"We might see some consolidation if they don't get rid of this sameness that you see in many different malls — the brands are the same," said retired Windsor business professor Floyd Simpkins. "If they don't get out of that, we're gong to see declines and consolidations."

Malls have that personal touch

Simpkins said Canada, and Windsor in particular, don't have the same problem with mall saturation as the United States, where it seems "like there's a mall on every corner."

Windsor's Devonshire Mall dominates the local market. It benefits now too, said Simpkins, from a low loonie, which keeps locals from shopping in the U.S. and lures some Americans across the border.

The mall is seeing its highest sales per square feet in its 47-year history. The mall is fully leased and foot traffic is up 12.8 per cent since January, averaging about 20,000 customers per day.

But with online shopping up 27 per cent across the country — roughly 83 per cent of Canadians say they shop online — mall management is doing everything it can to provide customers a unique, hands-on experience.

"We recognize that online is a reality in retail today," said Chris Savard, general manager at Devonshire Mall. "There is a demand for the customer to come out into a physical space. A lot of things they still need to feel and touch and try on. It's hard to do those things online."

Mary Lazarus hits Devonshire Mall every Thursday. She doesn't like online shopping because there is too much risk of buying the wrong product. She wants to see and touch what she's buying.

Not everyone prefers mall shopping, though. Caroline Holmes prefers to shop online. She was at Devonshire Mall this week, but only to meet her son.

"I hate coming to the mall," she said. "I prefer online shopping. I know it has a disadvantage because you're not going to see this stuff, but I do think online (shopping) is easier."

The mall is planning a $70-million overhaul. Part of the old Target store is being converted into the Metro grocery store. A new food court is also planned for that space. The current area, which serves a variety of fare, will then be converted into more retail space. All of this will be done by some time in 2019.

Savard said Devonshire's success is linked to its dominance in the market,  which helps it attract popular retailers like Forever 21, Sephora and MAC Cosmetics.

Simpkins echoed that sentiment — "That mall is the mall in the Windsor area," he said — but stressed malls need to provide more of an entertainment experience if they want the good times to continue.

That's exactly what Tecumseh Mall is beginning to do after losing large tenant Zellers and, more recently, Sobeys.

"I think the family shopping industry has change drastically," said Tecumseh general manager Colleen Gosnell-Conlin. "When it comes to entertainment, they want to be shopping and drop their kids off."

To help with that, a trampoline park called Sky Zone is opening at the east-end mall this summer.

"I think that's where we're coming back to again," she said.