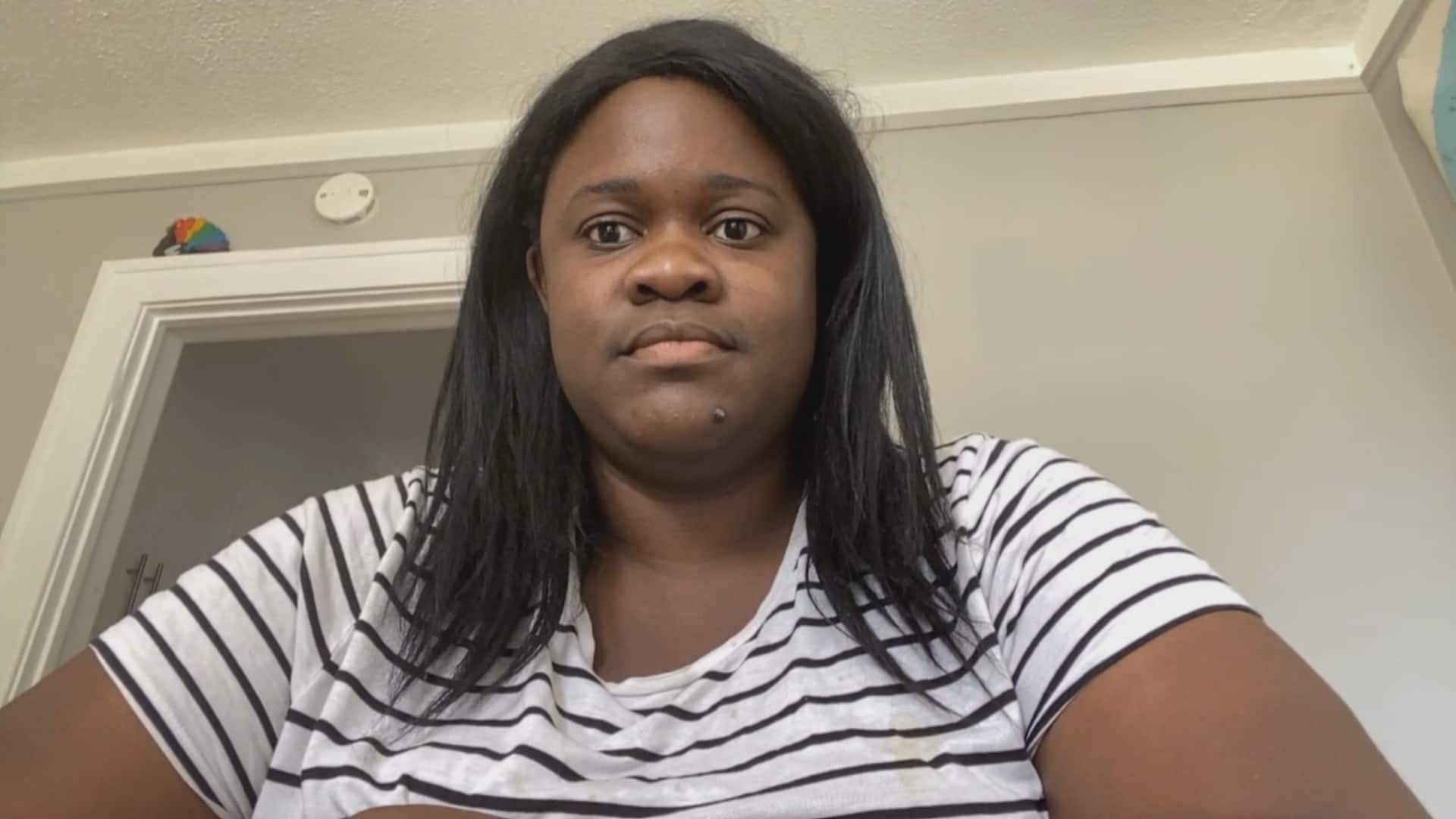 5 months ago
0:26
Princess Doe, a 2nd year law student at the University of Windsor, says she's in support of defunding the police and investing in resources that will have every community feeling safe. 0:26

Princess Doe knows that growing up as a Black person means you'll be "treated differently," especially by police.

"If you're Black, if you are Indigenous (or) a person of colour growing up, you know immediately that you are going to be treated differently and be perceived differently than someone who is white...and you don't feel a sense of security or safety with the police," said Doe, who is also a second year law student at the University of Windsor.

In light of recent events, Doe has been speaking out in support of defunding the police and reallocating resources to other social services.

As the president and co-chair of Making it Awkward — a student-led advocacy group that tackles anti-Black racism — Doe has been trying to educate and raise awareness about the needs of the Black community for some time.

Calls to defund police forces have grown louder in the midst of protests sparked by the deaths of George Floyd and Breonna Taylor in the U.S. and those of Regis Korchinski-Paquet and D'Andre Campbell in Canada. The protests have sparked conversations around police brutality and raised questions about the role of police in society.

In Windsor, more than 20 per cent of the city's operating budget is allocated to police services, while only about seven per cent goes toward community development and health services.

With mental health, housing and addictions top concerns within Windsor-Essex, Doe said the city is better off investing in public services and lower-income households to "elevate their well-being and provide safety for those communities."

Ward 3 Counc. Rino Bortolin, who sits on the police board, said these conversations have been ongoing for some time, adding he supports the reallocation of funds.

"We've strayed too far away from what the main role of policing is and (police) now deal with a lot of social issues in our community," Bortolin said.

More than 60 per cent of service calls to Windsor Police are related to homelessness, addictions and mental health, he added.

"We're not doing the best for our residents if we're sending police officers to a mental health crisis," Bortolin said.

The first step, Bortolin said, is to start funding community services that are best equipped to handle those issues, specifically ones that include frontline experts like social workers or psychologists.

Meanwhile, Windsor Mayor Drew Dilkens said he was open to having a conversation about the issue — but was uncertain if defunding the police was the answer.

"I think there's many that would be concerned about the notion of defunding the police service," Dilkens said.

"From my perspective, we need to make sure that we have proper police protection for the citizens in our community and that we're also addressing social and economic inequities that we see in the community as well."

On Tuesday, Ontario Premier Doug Ford said defunding the police is not something he believes in.

"I think we need strong police within the communities," Ford said. "What we do need to do is have a higher standard. We need for focus on more training."

While Doe said she understands that the concept sounds "radical," she wants there to be a "serious conversation" about investing in alternative solutions that can best address people's needs.

"I think specific demands need to be spoken about and we have to start thinking about what defunding the police actually looks like for Windsor."