A monthly program for people with dementia at Art InDeed on Langlois Ave, is offered through the Alzheimer Society of Windsor and Essex. The program started in October and today it was announced that a $5,000 donation from Caesars Windsor will keep it going until August .

Donation from Caesars Windsor will keep program going until August.

Couples sat at tables, painting with bright colours on pieces of white fabric Wednesday. Some were focused on the task at hand, while others smiled and chatted with one another — every pair included one person who has been diagnosed with dementia.

The participants were taking part in a monthly program at Art InDeed on Langlois Ave, offered through the Alzheimer Society of Windsor and Essex County.

The program, called Creative Expressions, started in October and on Wednesday staff announced a $5,000 donation from Caesars Windsor will keep it going until August.

Judy Field was diagnosed with dementia in 2016. Today was her first time attending the program. "The first I walked in I saw everything in place and I thought, 'Yeah, I'm going to like this.'" 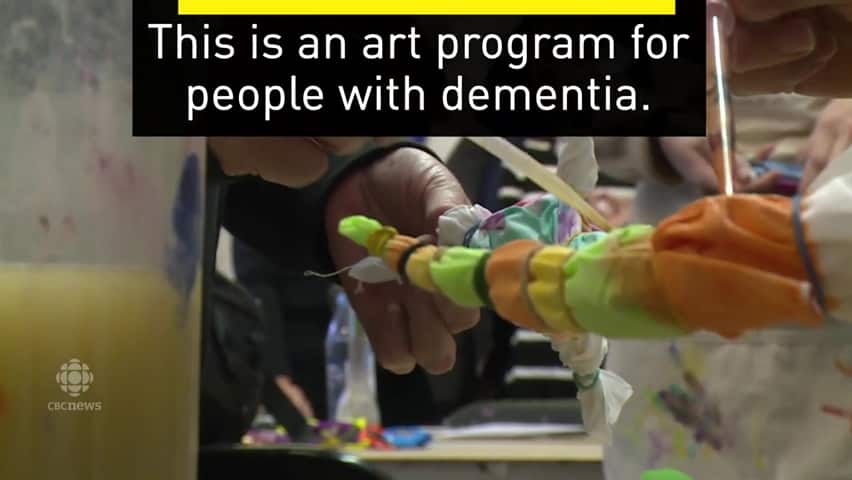 Art Program allows people with dementia to explore their creativity

Judy came with her daughter Karla, who is also her caregiver.  "It's very valuable because it's, especially for her, she won't feel so alone."

"When you belong to programs like this, there's always somebody around to help you," explained Judy.

Time for program growth and expansion

Bennett Olczak said four or five couples have been coming to the program regularly, but anticipates that number will double over the coming months. It's just one of several programs offered through the Alzheimer Society.

Another popular art program takes couples on monthly tours of the art gallery, where they discuss various works of art. That program is completely funded by a private citizen.

The CEO said it's a time for program growth and expansion.

"We have about 7,500 people we believe have dementia in Windsor and Essex and that number is growing at a rate of about four or five per cent each year," she said. "Our programs are all operating at near, at, or beyond capacity at this point in time."

People with dementia often end up being socially isolated, as do their caregivers. Bennett Olczak explained that needn't happen.

"This is a safe space where they can express themselves and remain stimulated and part of the community. There should be no stigma for people with dementia and that is our national theme, to decrease stigma."

To overcome that stigma, she said people need to remain active and have hobbies.

"The disease process for dementia can be many years, 10, 12 years ... sometimes 20 or more years. And people can continue to lead meaningful lives, with accommodations often, said Bennett Olczak. "And that's what we're doing here today."