As parts of the province, Canada and the world grapple with a second wave of COVID-19, cases appear to be at bay in Windsor-Essex, though health officials warn we can't ease up just yet.

While the recent case rate is low, officials warn a second wave could still hit the region

While infection rates remain low in Windsor-Essex — even as many parts of the province grapple with a second wave of COVID-19 — health officials here warn we can't ease up just yet.

Outbreaks in the agri-farm sector caused Windsor-Essex to have the highest infection rate in the province and it was labelled a "hot-spot." As a result of these cases, it was one of the final regions to move into Stage 2 and Stage 3 of reopening.

Now with a break in cases, health officials are commending the community's vigilance, but say they don't think we've dodged the second wave just yet.

"It's nice to enjoy the lull, but I don't think anybody's really relaxing that much to the point where they're scheduling a vacation any time soon," said Windsor Regional Hospital's chief of staff Dr. Wassim Saad.

Looking back at the cases in the spring-time, Windsor-Essex's medical officer of health Dr. Wajid Ahmed says after seeing how bad it can get, he hopes to never go back there again.

"I think we have seen the worst.... Our region was impacted in a much more severe way than the others and, for a number of months, our case incidence rate was the highest in the province," Ahmed said.

"That's one list that I never want to be on top, I want to be at the bottom. But unfortunately, we were right on top."

But now, as Toronto, Peel and Ottawa start to pull back into Stage 2, Windsor-Essex seems to be the one coming out on top yet again  — but this time for a more positive reason.

As it stands, the region's seven day moving average is 4.3 cases, meaning the average number of cases reported each week is less than five. Ahmed told CBC News Friday that he'll start to worry if that number reaches 10 or higher.

"None of us wants us to be in the same situation with all those restrictions in place and that's why I think it really bothers me when people are thinking that everything is good, there's nothing to be worried about," Ahmed said.

"I sincerely hope that even with this second wave it will not get that worse and we may see a milder second wave."

But with the case rate staying relatively low the past few weeks, people seem to be getting more comfortable being out in public. 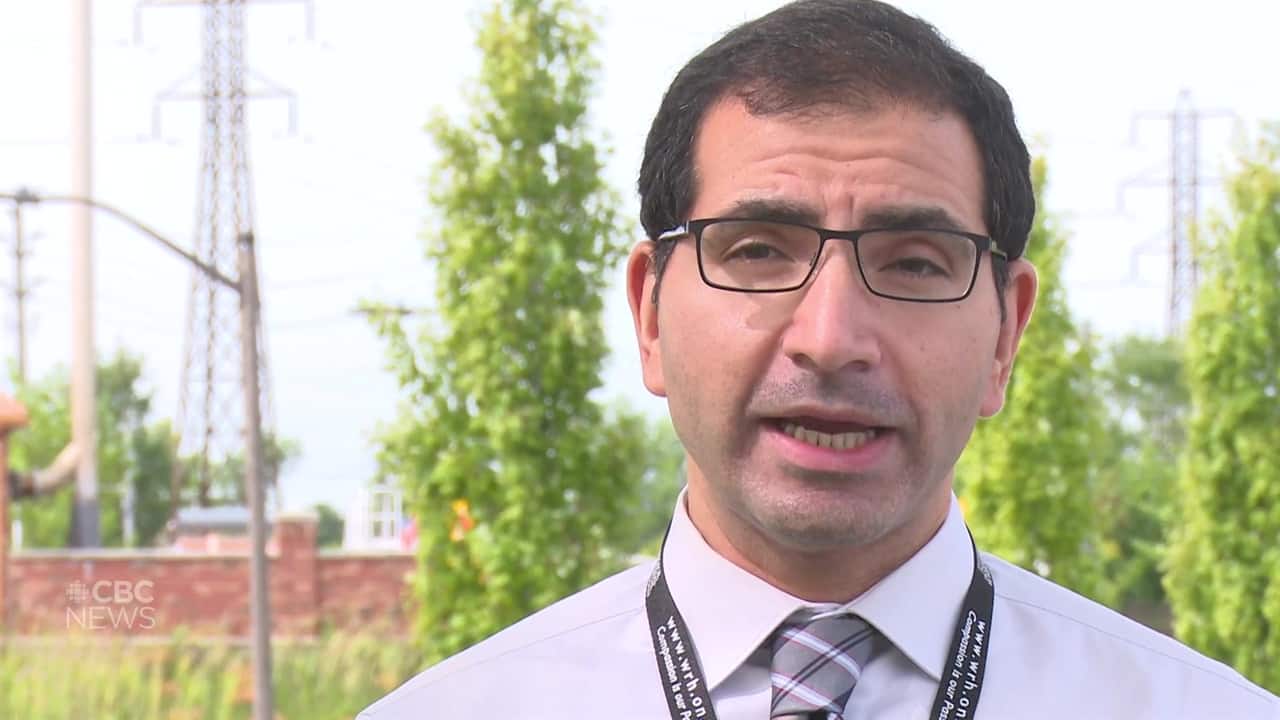 On Tuesday, CBC News reported that more than 2,600 Windsor-Essex families have decided to switch their kids from online learning to in-person schooling come Nov. 2.

Windsor-Essex Catholic District School Board's director of education Terry Lyons said in a statement that he believes this is because parents have seen how they have managed to safely reopen schools and are more confident in sending their children back.

'Nobody's in the clear'

And while things seem to have settled in the region, infectious disease physician Dr. Michael Gardam from Women's College Hospital in Toronto said "nobody's in the clear for at least another year."

As restrictions loosen and people become more lax, cases will rise, he said.

But, he added that the lack of a second wave in Windsor-Essex might be due to the fact that the crisis among agri-farm workers has relatively gotten under control.

"That issue has been identified and there's been various control measures put in place, that largely went away and so now you're left with much more typical epidemiology that you would see in a smaller city, so now Windsor-Essex is more like other mid-sized cities in the province of Ontario," he said.

The team at Windsor Regional Hospital has learned a lot from the first wave, Saad told CBC News, adding that because of that the hospital is in good shape to handle a surge.

"I'm very confident that we're able to handle it, there's not much more we can do in terms of preparation again. We went through a lot of work to prepare the field hospital for the first wave, it was used to help with the LTC facility, and it's ready to go in case we need it on a moment's notice," Saad said.

Currently, the hospital is treating two COVID-19 patients with one in the intensive care unit.

On Friday, the health unit reported one new case. There are 30 active cases in the region, three of which are in hospital and there's been a total of 76 deaths.