Emergency services in Chatham-Kent were called to a water rescue Monday after receiving reports of a 'flipped canoe with two victims' in Rondeau Bay." Twenty minutes later, the victims were retrieved after rescuers received help from an unlikely source — three teens who happened to be fishing nearby.

A group of friends on a fishing trip in Chatham-Kent say they are glad they were in the right place at the right time after a canoe capsized, leading an OPP officer toward two people stranded in the water needing help.

Erik Olejnik, 18, was out on Rondeau Bay, on the shores of Lake Erie, at about noon Monday with two friends — Jake Landriault, 18, and Brendan Hunter, 19 — when he said they started to hear screams for help over the music they had playing in their canoe.

That's when he said they noticed a woman paddleboarding toward them.

"We put our fishing rods down and started canoeing to her right away," he said. "She's in panic mode. She can barely speak."

Olejnik said the woman told them she had been paddleboarding next to a canoe occupied by two of her family members. At some point, the boat capsized — and even worse, one of the victims was unable to swim due to health conditions.

The three teens invited the woman to hop in their canoe since she was too panicked, Olejnik said.

Hunter called the OPP and the coast guard before rowing toward Rondeau Joe's, a restaurant just off shore.

"I grabbed a pair of binoculars and looked along the water," said Hunter, adding he used the compass app on his phone to provide authorities with the exact coordinates of where the victims had capsized.

Once the OPP arrived on scene, an officer asked if could to hop in the canoe along with Hunter and Olejnik.

"We went out with the OPP officer," said Olejnik.

"On my canoe," Hunter added with a laugh. "And he was paddling out there."

Meanwhile, Landriault remained at the restaurant with the panicked woman. He works as a lifeguard in Chatham and used his expertise to walk the woman through breathing exercises to mitigate her shock.

"I tried my best to calm her down," said Landriault. "I got her a glass of water. She ended up going into more shock and was really cold and hyperventilating."

"We got her to breathe a little more and get warmed up," Landriault added. "Thankfully, there was a couple of other people there that were nurses. So that helped a lot — considering they know a little more than I do."

Emergency officials in Chatham-Kent said the victims were retrieved from the water about 20 minutes after they were called.

'We're just glad we were there'

There's no way of knowing if the victims would've drowned if the teens had not been at Rondeau Bay. But choosing to go on that fishing trip definitely reduced the time that the victims would have spent in the water, Olejnik said.

"We went out for day fishing — decided to go out on the canoe. This is the first time we did this all year, so it was just random," said Olejnik.

According to Landriault, the woman said she had been paddling for about 30 minutes "from the other side of the bay" — but kept getting ignored by other boaters.

"I'm just really glad she was able to make it that far. That was really brave of her," said Landriault, with Hunter adding they don't know "what could've happened."

VIDEO: The teens reflect on their teamwork skills during the harrowing experience. 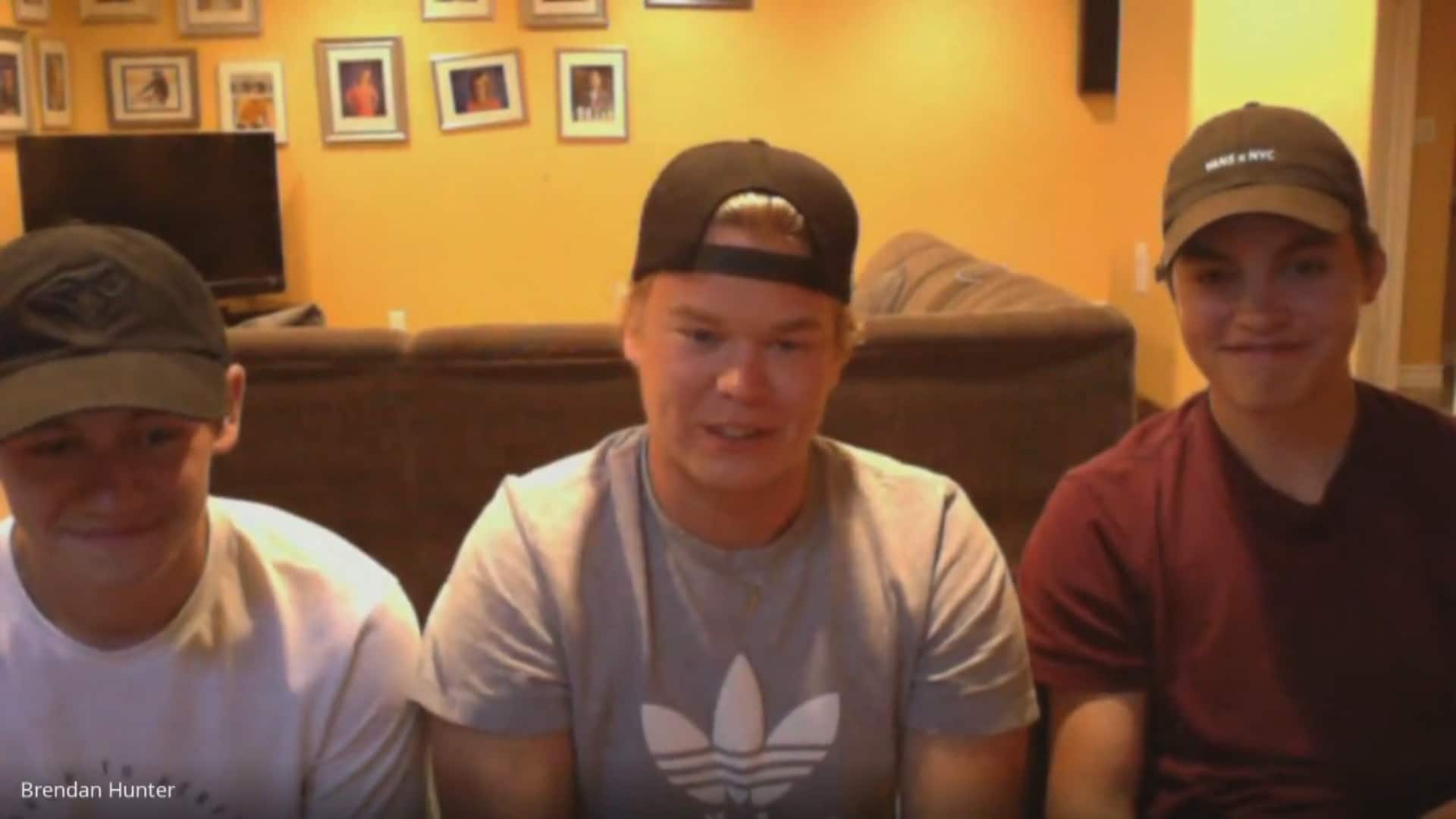 4 months ago
0:48
Jake Landriault, Erik Olejnik and Brendan Hunter reflect on helping emergency personnel rescue two people from the waters of Rondeau Bay and the moment when they were canoeing alongside an OPP officer. 0:48

"We're just glad that we were there and were able to get people out as soon as possible," Hunter said.

All three teens said the experience taught them how to stay calm under pressure. But the biggest lesson the boys learned, Olejnik said, is that "anything can happen at any moment."

"We went out for a fishing trip and we ended up having to call the coast guard and police officers to save people in the water that could've drowned."

According to the teens, staff at Rondeau Joe's paid for a free lunch following the incident — and the family of the victims has also taken the teens' names and phone numbers to try and get them a free dinner.

"They were really thankful and I really appreciate them giving us free food," said Landriault. "Obviously, we don't need it. I'm just glad we could help out and see that everyone was okay."