Professional lawn decorators light homes for the holidays, for a price

A company in Windsor, Ont., is helping some people have a front yard to rival Clark W. Griswold's without any of the work. 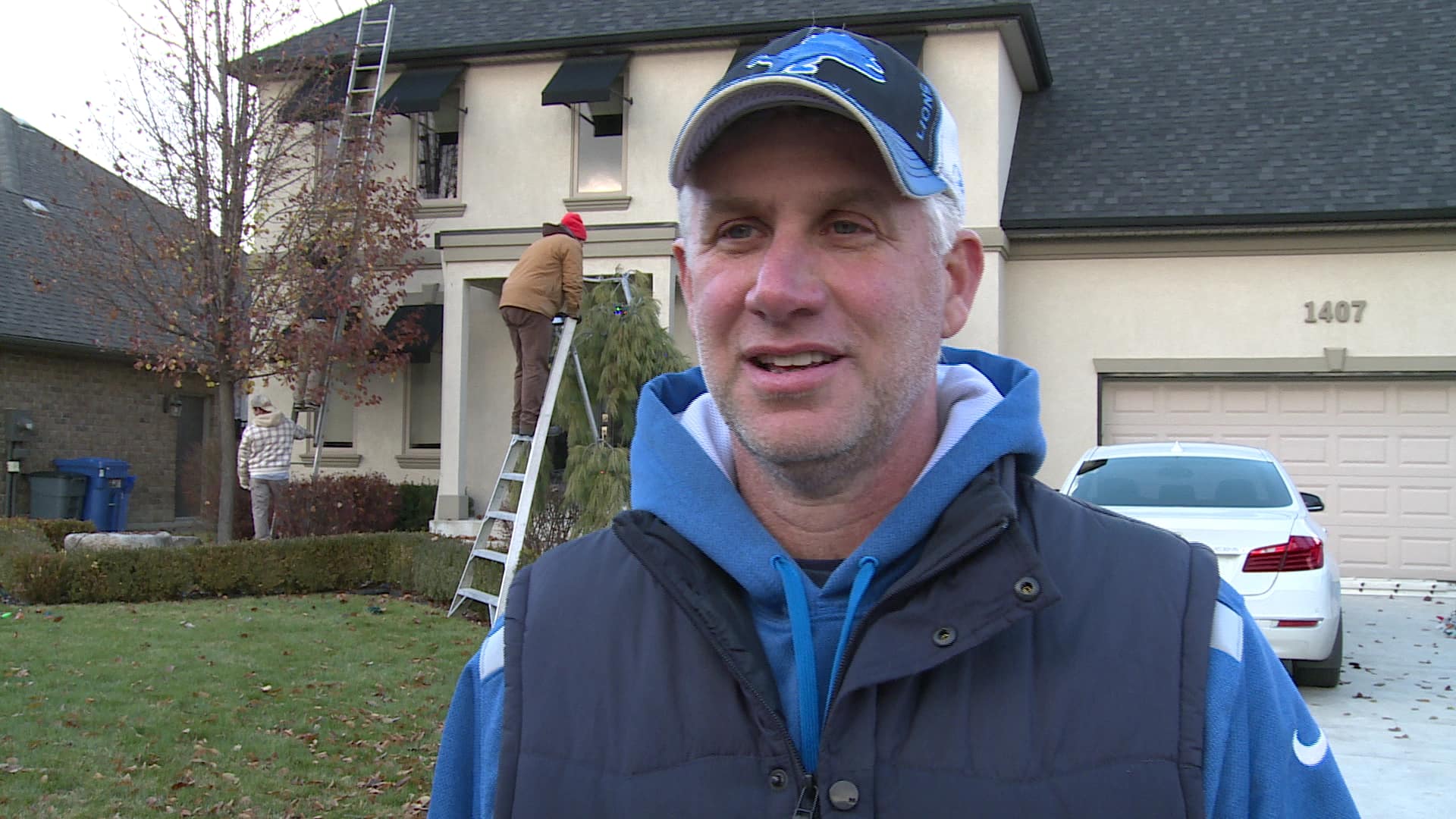 5 years ago
1:00
Galatti Landscaping offers a lawn decorating service during the holidays. They put up the lights, take them down and store them. But it will cost you a minimum of $1,000. 1:00

Decorating the front lawn for the holidays can be laborious.

There's climbing a ladder in sub-zero temperatures, setting up lawn figures so they sit just right, thousands of light bulbs to check, and coils upon coils of Christmas lights to untangle.

But a company in Windsor, Ont., is helping some people create front yards to rival that of Clark W. Griswold of National Lampoon's Christmas Vacation fame — without any of the work.

For anywhere between $1,000 and $10,000, Garlatti Landscaping offers a lawn decorating service. The company will set things up in November and have everything down by about February.

Owners don't even need to worry about storage. All the decorations are on loan.

"Some people have an idea of what they want, mostly the colour," said Natalie Ryan, the company's designer.

As a general rule, families with younger kids want colours while older families tend to go for simple white lights.

Her favourite design involved a huge fir tree in the middle of a client's yard. It needed 1,500 lights before it was finished.

The company has been around for about 13 years, with more homes taking advantage of the service over time, co-owner Dan Garlatti said.

"It seems to be increasing, with a lot of people not having enough time to spend decorating their yard," he said.

Garlatti said after putting lights on his own house one year, he wondered if others dreaded the task.

"I talked to people and they were the same way. I thought, 'There's probably a lot of people out there too busy, that don't have time, but want decorating,'" he said. "So then I looked into it and found that there's a franchise, Christmas Decor, which we are an owner of that franchise. So that's when we started."

He called the service his company provides "more of a luxury" and "higher-end service."

Garlatti says the new venture also keeps his employees working during their usual off months.

"These guys are mostly doing grass cutting and maintenance in the season," Garlatti said. "It adds work for them, gives them probably an extra six weeks of work in the fall. It's a win-win for everybody."

Spencer Segatto and Jaime Meloche are the self-proclaimed "Christmas tree-meisters" tasked with decorating trees — and roofs — with lights.

Untangling unwieldy balls of lights and strands that don't work are the two biggest challenges for the pair.

"We do some pretty big houses so trying to figure out how to get lights on certain portions of some roofs can be pretty challenging, too," Segatto said.

Nicole Best recently had her home professionally decorated by the company.

"We just thought it'd be a lot easier having someone come and do it for us. It's a lot easier on my husband," said the mother of two. "He's almost fallen off a ladder and that's enough for me to just hire somebody to do it."

Best said it's worth the money.

"We just want a nice lit-up house that looks put together," Best said.

Windsor isn't the only Ontario city with professional decorators for hire. A quick Google search turns up several in Toronto, including the Christmas Decorators.

"Allow our experienced Christmas designers and installers to turn your property into a Christmas wonderland, both inside and out," their website asks.

The LawnSavers are professional Christmas decorators and installers in Toronto, York Region and the Greater Toronto Area, with more than 25 years of experience designing and building top landscapes.

With files from Stacey Janzer