Ontario’s privacy commissioner has discovered that the mental-health information of some Canadians is accessible to the FBI and U.S. Customs and Border Patrol. 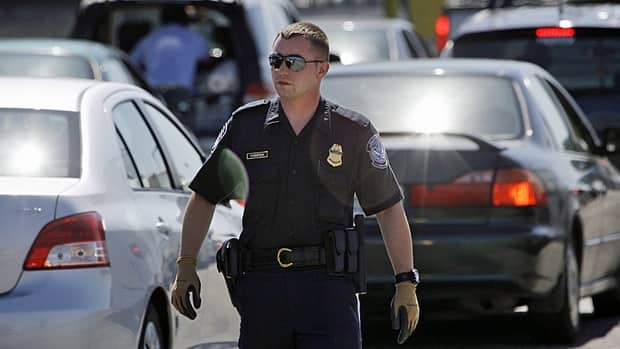 Ontario’s privacy commissioner has discovered that the mental-health information of some Canadians is accessible to the FBI and U.S. Customs and Border Patrol.

Cavoukian began investigating how U.S. law enforcement had access to such personal information after last fall's news that some Canadian travellers with a history of mental-health issues had been denied entry into the U.S.

Ellen Richardson was turned away at Toronto's Pearson airport by U.S. customs agents because she was hospitalized in June 2012 for clinical depression.

She attempted suicide in 2001 by jumping off a bridge, leaving her a paraplegic. But her mental health has since improved with medication and professional help from a psychiatrist, she said.

The border agent cited the U.S. Immigration and Nationality Act, which denies entry to people who have had a physical or mental disorder that may pose a "threat to the property, safety or welfare" of themselves or others, she said.

The privacy commission said she was “deeply concerned” by the incident.

“I found it so unnerving to think about the embarrassment and humiliation a person would feel,” Cavoukian said. “I needed to find out exactly how such sensitive and personal info was ending up in the hands of U.S. border officials.”

Cavoukian spoke with police departments from Toronto, Waterloo, Hamilton and Ottawa. She also spoke with the OPP.

She said only the Toronto Police Service “automatically” uploads all attempted suicide and suicide calls “across the board" to CPIC.

Cavoukian found that it is “not mandatory” for police services to upload such calls.

“This is entirely at the discretion of the police service involved,” Cavoukian said.

She said there is no legal requirement that suicide attempts be entered into the Canadian Police Information Centre database and claimed it was the policy of the Toronto Police Service.

But Toronto police spokesman Mark Pugash says that's just not so, and officers do use discretion about which cases are uploaded to the database.

However, Pugash also says the force feels the information is important for officers to have, and if Cavoukian doesn't want it shared with American officials, then she should ask the Mounties to change who has access to what data.

Cavoukian said the information is then loaded into the CPIC database, which is available to U.S. border guards through a co-operation agreement between the RCMP and the FBI.

She said Hamilton, Waterloo, Ont., Ottawa and the OPP “all exercise discretion in doing this.”

Cavoukian found that 19,000 “mental health episodes" have been uploaded to CPIC.

"The record of a person's suicide attempt is personal health information, that should be protected to the greatest extent possible," said Dr. Peter Voore, medical director at the Centre for Addiction and Mental Health (CAMH).

“I am calling upon all police services across Ontario to immediately cease the practice of automatically uploading or disclosing personal information relating to threats of suicide or attempted suicide via CPIC, by default,” Cavoukian said.

She said suicide attempts should only be uploaded to CPIC if:

"CAMH is in full agreement with the findings of this investigation and we strongly support the recommendations that the commissioner has put forward," Voore said.