While Brandyn Steinwender's face was being pressed and punched into the pavement by a Windsor police officer, he tried to explain that he has a speech impediment, and was not an aggressive drunk the cop believed him to be, a recent lawsuit alleges.

While Brandyn Steinwender's face was being pressed and punched into the pavement by a Windsor police officer, he tried to explain that he has a speech impediment, and was not an aggressive drunk the cop believed him to be, a recent lawsuit alleges.

The 26-year-old tells CBC News he never thought his attempt to help a police officer — by offering an eye witness account to a downtown fight — would end up getting him thrown to the ground, hit in the back of the head upwards of 10 times and tossed in jail. As a result, Steinwender said he sustained a concussion, bloody mouth, swollen eyes and cuts to his face. Most of the allegations in the lawsuit the city's lawyer either denies or defends.

But throughout the incident, the Tecumseh resident maintains he tried to explain he has a speech disorder and that he was sober.

"I looked at him, I'm like 'dude I have a disability' and he just laughed at me," said Steinwender in an interview with CBC News, trying to hold back tears recounting the incident.

Now, Steinwender has launched a civil lawsuit against Constable Warren Braganza and the Windsor Police Services Board seeking more than a million dollars. 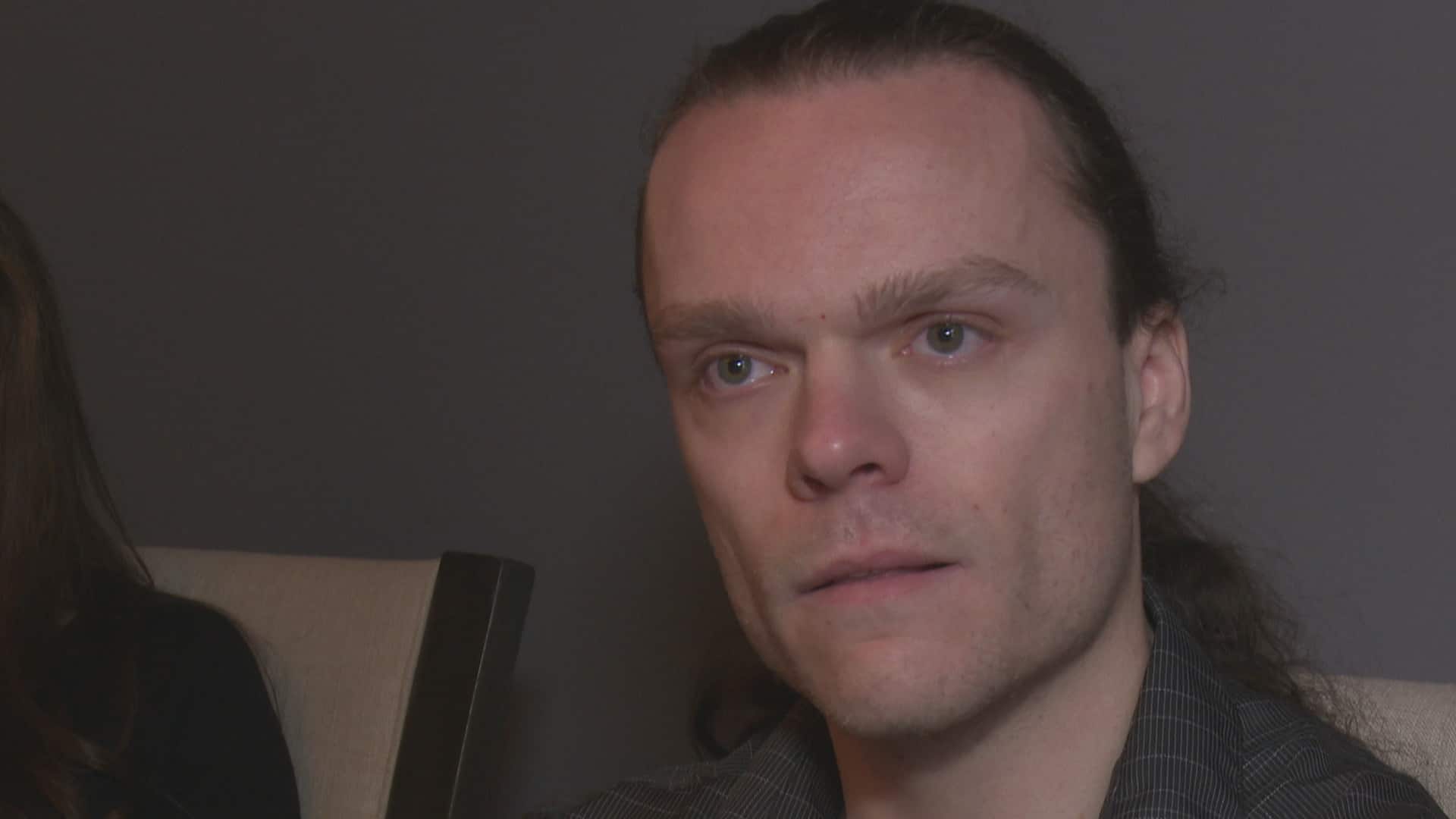 'Dude, I have a disability:' Tecumseh man explains why he's suing Windsor police

7 months agoVideo
1:06
Brandyn Steinwender recounts what happened when he approached a Windsor police officer, wanting to share information about a fight he witnessed 1:06

Steinwender said a friend invited him out to the Windsor International Film Festival last November 9 — a first for the man who, since the incident, now mostly plays video games and "hangs out" with his animals.

Before the movie, the two went out for one drink around 9:30 p.m., he said. It's something Steinwender claims he rarely does, because "it hurts [his] insides" due to colitis — an inflammatory bowel disease.

He grabbed me, threw me to the ground and started punching me in the head for no apparent reason, because he thought I was drunk, because I talk a little bit funny.- Brandyn Steinwender

After the movie finished around 1 a.m. on November 10, Steinwender and his female friend went back to that establishment. This time, he ordered a poutine and opted not to drink alcohol.

Thirty minutes later, Steinwender said he was walking to his car in the area of Ouellette Avenue and Park Street when he noticed two women randomly fighting nearby on the sidewalk.

Police arrived within a few minutes, one of the women took off running and "the cop didn't see that." So, Steinwender crossed the street and approached Braganza to offer his assistance as a witness.

"I tapped him on the shoulder, 'Hey excuse me officer would you like me to explain what happened," he said to the officer. "He's like 'yeah, sure.'"

While sharing his first-hand observations, Steinwender said he raised his arm to gesture how one woman threw the other to the ground. Because the two were so close, Steinwender said he may have grazed the officer with his hand, but not intentionally. He said he often uses hand gestures while talking due to his speech impediment.

Then, that's when he claims the officer's behaviour drastically changed.

"He grabbed me, threw me to the ground and started punching me in the head for no apparent reason, because he thought I was drunk, because I talk a little bit funny," said Steinwender, who remembers being punched in the back of the head upwards of 10 times.

'He just laughed at me'

Moments later, Steinwender remembers being thrown onto the police cruiser while the officer yelled that he's drunk — "like, 15 times," he said. 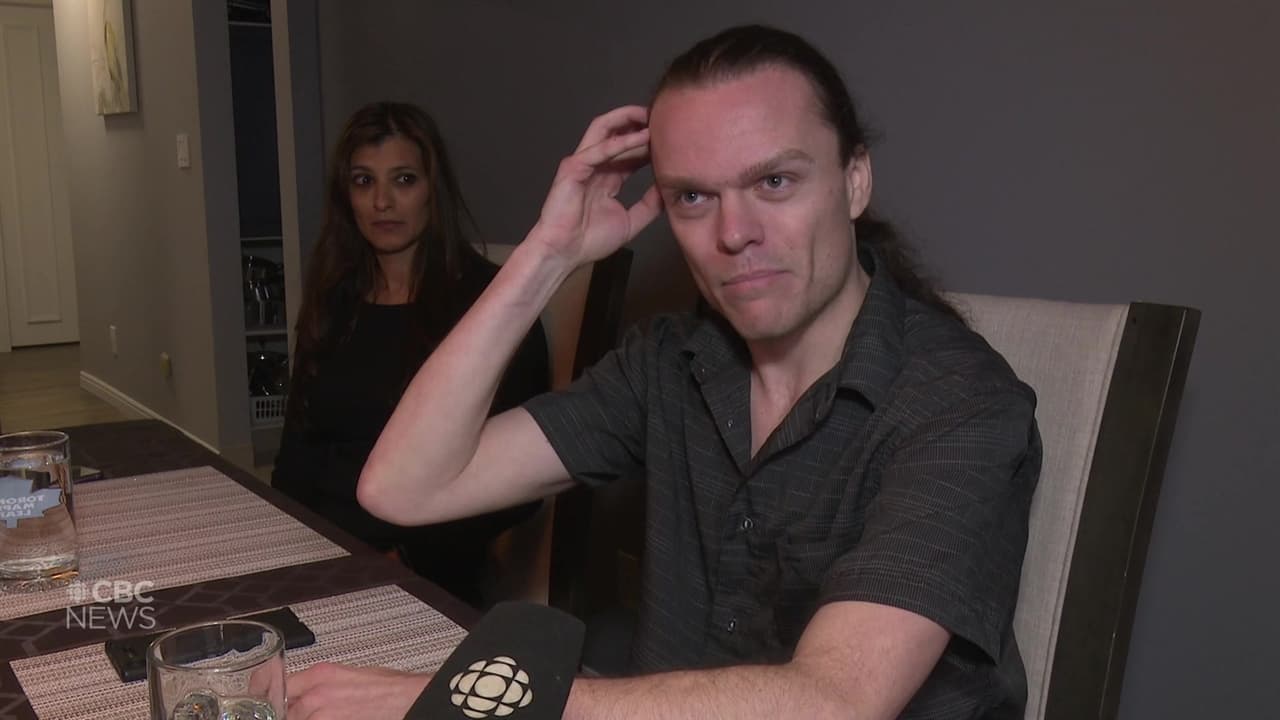 'I don't trust them:' Man with disability says he was injured by a police officer after trying to help

7 months agoVideo
0:27
Brandyn Steinwender, who has a speech disability, says police thought he was drunk and allegedly punched him during an incident downtown after trying to help. 0:27

Throughout the incident, Steinwender said he told the officer he has a speech impediment known as apraxia — a motor speech disorder.

"He just laughed at me and he's like 'What's your disability then huh,' like I don't have a disability or something," he said.

Jailed and released with no charges

Despite his persistent explanation, Steinwender was hauled off to jail, a place he's never been before. He was released within 30 minutes and no charges were ever laid.

"I was just so scared, I didn't know what to do," said Steinwender.

In his statement of claim obtained by CBC News, Steinwender lists 23 injuries and impairments suffered due to the incident, which include a concussion, bloody mouth, swollen eyes, lacerations to his cheek and pain.

"You cannot just arrest someone because you feel like it," said Steinwender's Toronto-based lawyer Jasmine Daya.

"What right did he have to assault my client and arrest him," she said is one of the biggest questions that remain early on in this lawsuit.

Steinwender is suing Constable Warren Braganza and the Windsor Police Services Board for $1.3 million.

In a statement of defence, filed by a lawyer on behalf of the City of Windsor, it denies the allegations and asks the lawsuit be dismissed.

Use of force necessary, statement of defence reads

The court documents allege that officer Braganza "detected an odour of alcohol on [Steinwender's] breath" after explaining the incident between the two women had been resolved, and that his statement wasn't necessary.

Braganza turned around and began walking away when Steinwender "suddenly and without warning grabbed the back of [the officer's] neck in a reckless attempt to demonstrate what he had observed between the two females."

"The defendants plead that the plaintiff thereby committed an assault on a police officer," said the city's lawyer.

But no charges have been laid.

I'm so scared that another cop is just going to attack me.- Brandyn Steinwender

The officer used a "closed handed strike" to Steinwender's face, and placed him on the ground. He denies Steinwender ever said he had any sort of disability, the documents read.

"The defendants plead that Braganza's use of force was controlled, necessary, reasonable and consistent with training," the statement of defence said.

Steinwender was arrested for breach of the peace and transported to a holding cell for 30 minutes to "settle down."

CBC News requested an interview with the Windsor Police Service and officer Braganza. We've been told that nobody will be making a comment as the matter is before the courts. CBC News also reached out to Windsor mayor Drew Dilkens, who's chair of the police board and we have not received a response.

Steinwender says he can no longer trust police

Ever since the night of November 10, Steinwender said his life has changed drastically, he rarely leaves his Tecumseh home and has lost confidence in police.

He now views police as "terrifying monsters" because of what happened, unable to trust them anymore.

"I'm so scared that another cop is just going to attack me," he said.

Watch his mother Brenda Steinwender talk about the emotional toll this has taken on both of them: 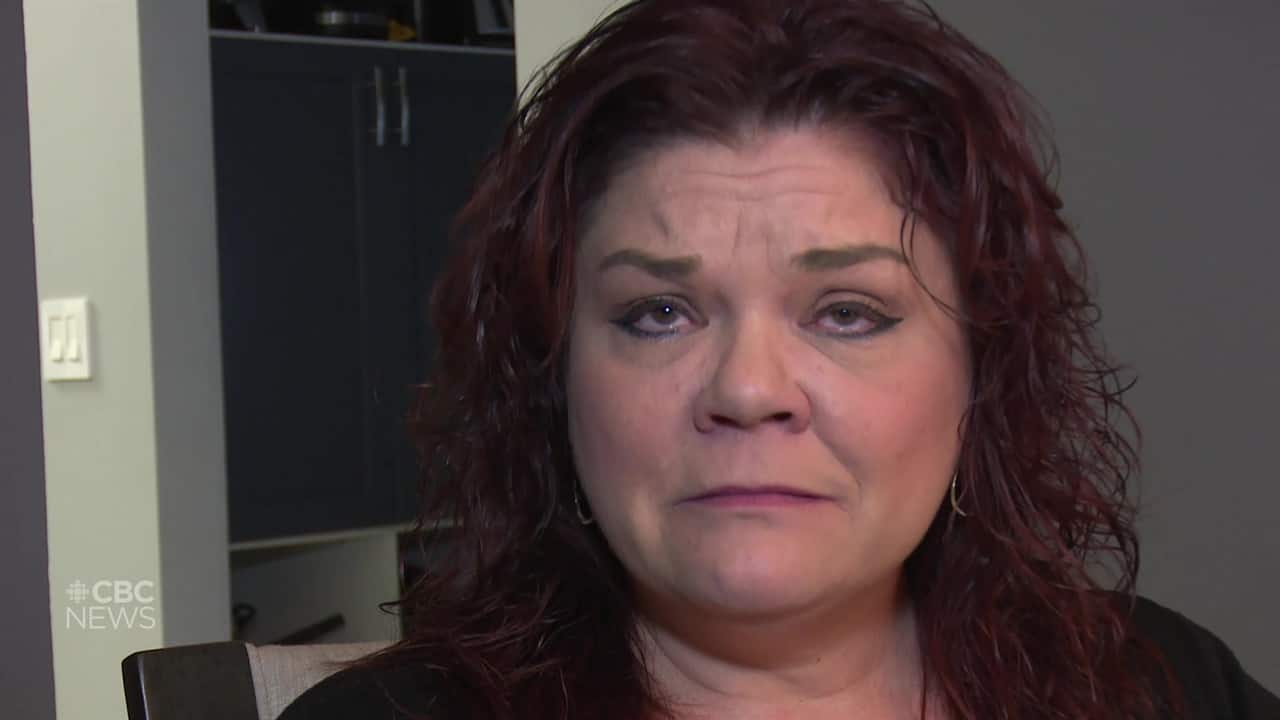 7 months agoVideo
0:33
Brenda Steinwender said she couldn't believe the way her son was treated by police after he said he had a speech impediment. Now the family is seeking some sort of justice by suing the officer and Windsor police. 0:33

It was 3:30 a.m. when he got home and his mother Brenda Steinwender noticed the cuts and bruises on her son's face.

"I was completely devastated and broken-hearted that that happened because of police," said Brenda. "We just both broke down and cried together."

Since then, she said he hasn't been the same — his anxiety has gotten worse, he's lost weight and isn't eating well. Prior to the incident, she described him as an outgoing person who was rarely home. Now, she said he never leaves.

"It's really difficult to watch your child being full of life, to struggling to find life," Brenda said. "He's just a completely different person now."

The allegations made by Steinwender have not been proven in court. The civil lawsuit is in its early stages and both sides have not yet had the chance to ask questions of Steinwender or officer Braganza.