The owner of a bike shop in Windsor says bike thefts are becoming an epidemic in the city. 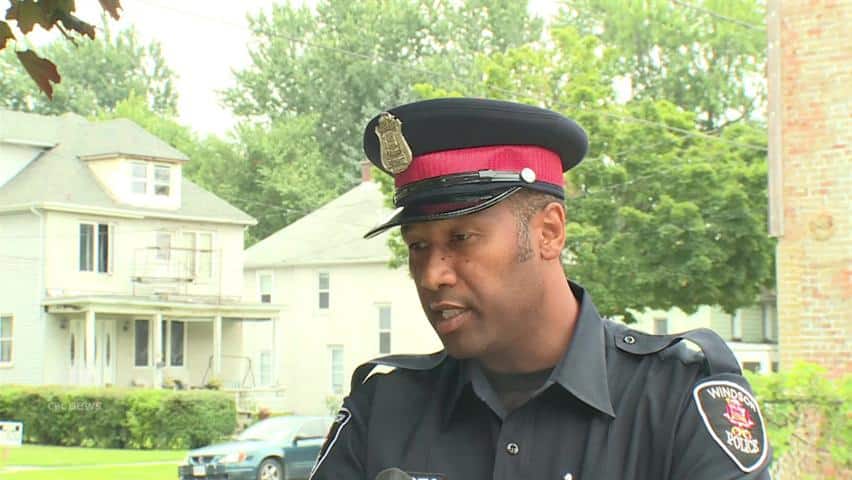 6 years agoVideo
0:40
Sgt. Wren Dosant with Windsor Police give some tips on how to keep your bike safe and what to do if your bike does get stolen. 0:40

The owner of a bike shop in Windsor says bike thefts are becoming an epidemic in the city.

Ron Drouillard is the co-owner of the City Cyclery in Walkerville, and wants something done about the issue.

He doesn't have statistics to show how bad the problem has become, but said the anecdotal evidence is overwhelming.

Drouillard said he hears stories at his store every day about a bicycles being stolen.

"Last week a young gentleman came into my shop and told me the story that he was followed home," said Drouillard. "he put his bike into his garage, locked it, came back, it was broken into and his bike was gone."

Drouillard figures somebody was following him home to steal his bike.

Drouillard said the incident he describes had become too common of a story and wants to bring some attention to it.

"We had a customer named Larry who had put money down for a bike for over a month, he hadn't had a new bike in a long time because he had many bikes stolen over the years," describes Drouillard.

He said the man was really hesitant to buy the new bike, but decided to go for it.

"Finally, he was able to pay it down, four days later it was stolen outside the library downtown, locked."

Drouillard explains the problem is so bad right now that bike locks or securing a bike in an open place will likely not make a difference.

He said from the stories he hears, locks are being broken and bikes are being stolen in open places in broad daylight.

Drouillard said there's also a problem with the way bikes are being recovered.

He had his own mountain bike stolen seven years ago.

"Three years after it was stolen I saw someone riding it," he said. "The next day I went to the police station to get my claim number, I had forgotten it, and report it ... I knew exactly where it was, and when they brought it up on the screen there was nothing there ... my serial number wasn't in the system, there was no description of my bike, just a blank claim."

Drouillard said this shows there is a breakdown in the system of recovering bikes in the city.

He said his co-owner who also had his bike stolen, found it at the police bike auction minutes before it was sold, even though he had filed a claim.

Drouillard said in the 1970s there was a licensing program in Windsor where each bike was registered and owners had to put their own little plate on their bicycles.

Drouillard points to other cities such as Peterborough and Toronto that have a program to register bikes once purchased, so they can be traced.

The University of Windsor also has an on campus bike registrey monitored by the campus police.

The system compiles information on bike owners. When a bike is stolen serial numbers and detailed descriptions of bicycles are kept on file to help in the recovery of the bike.

Drouillard said in terms of protecting a bike it's best to have it in your sight or in your home, but if you can't do that, he said investing in a proper lock is a good idea.

"Don't' cheap out on a lock," said Drouillard "Get a good lock it does prevent them. If someone has a grinder they're gonna get your bike. For the most part most thieves don't."