Windsor's 2021 budget has passed with a zero per cent tax increase.

But questions about how nearly $37.7 million in one-time COVID-19 costs will be covered loomed in the background as councillors voiced their support and praised administrators for their work to hold the line.

"The reality here is we're in a potentially $38 million hole and there's a lot of question marks," said Ward 2 Coun. Fabio Costante.

Councillors voted to support the budget following a marathon meeting that stretched on for nearly 11 hours.

It includes permanent funding for a second street outreach worker, but a motion to add a third person to help the city's most vulnerable find housing failed.

Council also voted unanimously to fund half of a $180,000 pilot project for Route 18 —connecting the city's east end with St. Clair College.

A partnership with St. Clair is set to begin in fall 2021, when students are expected to return to in-class learning, and is expected to save them an estimated two-hour bus ride

Homelessness and housing dominated the meeting early on, with some councillors sparring with the mayor over how many outreach workers are needed in the city.

There are currently five working in Windsor, two of whom are funded by the city.

Ward 3 Coun. Rino Bortolin said he's aware of gaps in the evenings, early mornings and on weekends, when workers are not available to respond to calls.

In response to councillor concerns, city staff said they believe the service level is "adequate."

Watch: A day in the life of an outreach worker on the streets of Windsor: 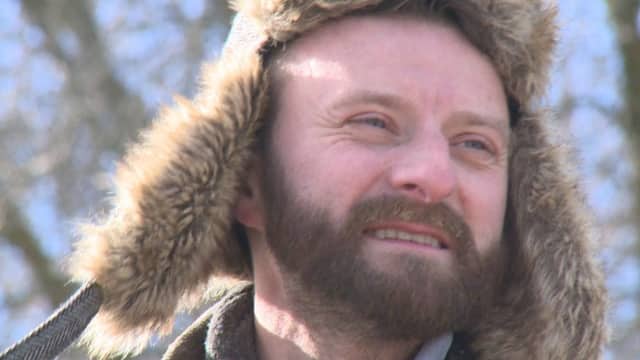 They also noted COVID-19 has made it difficult to monitor the need in the community and added a request for another outreach worker might be made during next year's budget process if need be.

Delegates, including the executive director of Windsor's downtown BIA, challenged that statement.

"I could not disagree more, or more strongly, said Debi Croucher. "If you live in the downtown or own and operate a business in the core, the level in the core is not adequate."

She urged the city to hire two more outreach workers.

However, a motion from Bortolin to add one more outreach worker failed to carry, with only the Ward 3 councillor voting in favour, along with councillors Chris Holt and McKenzie.

The city declared a climate emergency in November 2019, but delegates pointed out the word "climate" barely appears in the budget.

"Without concrete changes in the way the city allocates its funds that declaration is meaningless," said Lyra Sheldon, with the Windsor Youth Climate Council.

"To create a budget without much emphasis on climate is to ignore the cries of around the world to care about the future."

The budget actually calls for an increase of 2.46 per cent in spending, but that amount will not be covered by municipal taxpayers.

Instead, it will be paid for by a change the provincial government has made to the Education Levy. That change frees up $10.5 million, enough to cover off the proposed increases to the budget.

Mayor Dilkens referenced that amount in his remarks before the budget vote, saying the city is spending millions despite the zero per cent tax increase.

He also raised the spectre of a $37.7 million "hole" in COVID-19 costs, which council is looking to the federal and provincial government to cover.

In a letter to Minister of Finance Chrystia Freeland dated Feb. 17, the mayor outlined some of the unique challenges the city faces including the "devastating" impact the pandemic has had on the Detroit-Windsor Tunnel and the city's airport.

"To be able to cover $38 million in costs on our own, City Council would have some difficult decisions to make," wrote the mayor's chief of staff, Andrew Teliszewsky, in an email on Monday.

"Cuts would need to be considered through both the operating and capital budgets and services would undoubtedly suffer."