William Talbott II told his sentencing hearing in the murders of a young B.C. couple that he was not a violent man. But police records of interviews with his family members provide a markedly different portrait of the first person to be convicted through genealogical research.

When William Talbott II spoke this summer during his sentencing for murdering a young B.C. couple in Washington state more than 30 years ago, he told the court he wasn't a violent person.

"The level of violence in this is something that I can't even comprehend," Talbott said before he was sentenced for killing 18-year-old Tanya van Cuylenborg and 20-year-old Jay Cook. "I've gone all my life as a very passive person, never raising my hand towards anyone. I rarely even get angry."

But police interviews with his family that were obtained by The Fifth Estate through access to information requests provide a markedly different portrait of the first man to be convicted as a result of genealogical research.

Van Cuylenborg and Cook had been travelling from Saanich, B.C., to Seattle for an overnight trip in November 1987 when they disappeared. She was found shot to death in a ditch in rural Washington state six days later. Cook was strangled to death and his body was found two days after his girlfriend's.

Talbot, now 56, was arrested on May 17, 2018. In interviews police did with Talbott's father and two sisters that day, a picture emerged of a disturbed boy who grew into an angry, violent man.

"Bill had a lot of anger issues," his youngest sister, Malena Grail, told police when they interviewed her at home in Oregon shortly after her brother's arrest. "He kicked me a few times with boots on, and I ended up calling the police.

"You know … he felt like life owed him something."

Grail remembered one pushing incident in their home in Woodinville, Wa., between her brother and father, who was disabled from a motorcycle accident. She said Talbott was no more than 11 years old at the time.

Talbott's father, William Earl Talbott Sr., told police he and his late wife, Patricia, got Talbott and his sisters counselling following some of Talbott's outbursts in their family, but it didn't seem to help.

When Talbott was 16, he told his father he was planning on running him over with a car as soon as he got his licence.

"He was gonna show me when he was 16 and gonna run me over so I said ... you won't get your driver's licence till you can get it yourself," Talbott Sr. told police.

Talbott's other sister, Inga Routh, told police she suffered very serious injuries at the hands of her brother.

"He beat me up, broke my tailbone. I had to go to the hospital," Routh said when she was interviewed in her home.

'He smashed the door'

Police officers had waited outside the home of each of Talbott's family members until they got confirmation that Talbott had been arrested and then simultaneously went in and interviewed each of them.

Routh told police the alleged attack happened when she was 15 and Talbott was 17. She had lowered the volume on the radio in her bedroom and he had wanted it on full volume.

"I was trying to change my clothes and I locked the door and he smashed the door down just to run the radio up," Routh told police.

Their parents had to take her to the hospital. 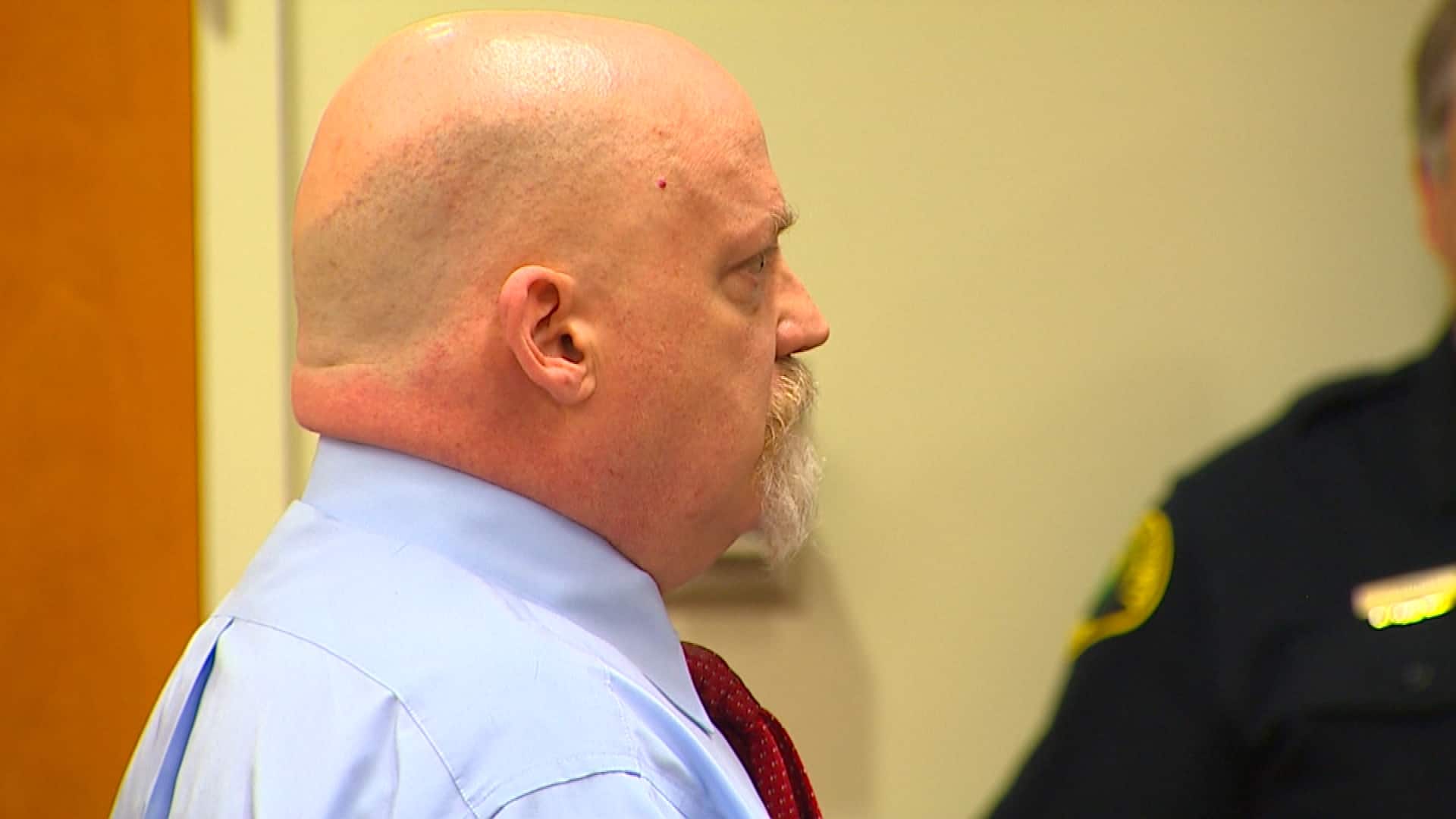 Routh also told detectives that when she was around 11 years old, Talbott sexually assaulted her.

"I didn't even know what it was because nobody's ever done that to me before."

"He dropped Nicky in the well," Routh told police in reference to the family cat. "My dad had to get the cat out of the well and sterilize the well."

Estranged from the family

Grail told police her brother had been estranged from the family for nearly 20 years.

According to Grail, her brother returned to sender her invitations to attend her second wedding, her son's wedding and her daughter's graduation. He also blew off his mother's funeral.

Det. Eric Fagan of the Snohomish County Sheriff's Office ended the interview in Grail's home by asking her a question.

"If it is shown and proved that it is Bill that's responsible for the murders, what do you think should happen to him?"

Talbott was arrested in May 2018 after police put the DNA profile of the then-unknown killer of van Cuylenborg and Cook into a public family tree database.

The DNA got a match with two other people who had added their DNA into the database: the killer's cousins from two different branches of his family.

High-profile genetic genealogist CeCe Moore then researched the family trees, tracing the two cousins' families to see where they merged in a marriage.

Talbott II, who is serving two life sentences concurrently, is appealing his conviction.

The Fifth Estate is producing a documentary about the case. It will be broadcast during the show's season premiere on Sept. 22 at 9 p.m. on CBC-TV.

Ronna Syed is a producer with CBC's investigative documentary program The Fifth Estate. You can follow her on Twitter @Ronna_Syed and Instagram @ronna_syed. Send story tips to Ronna Syed at 416-205-6679.