A CBC News Investigation has learned that Nando Cesarone, the president of U.S. operations for shipping giant UPS, received a special ministerial exemption from Canada's mandatory 14-day COVID-19 quarantine. It's one of 191 such passes granted by Foreign Affairs Minister François-Philippe Champagne — 138 of them over the past six weeks.

The president of U.S. operations for global shipping giant UPS was granted a special ministerial exemption from Canada's mandatory 14-day COVID-19 quarantine, a CBC News investigation has learned, which he used to lobby Ontario employees to accept the company's new contract offer.

The company says Cesarone sought and received an authorization for a conditional exemption from mandatory quarantine from Global Affairs Canada.

It's a decision that the Teamsters, the union representing UPS workers in Canada, finds mystifying.

"We don't understand why Mr. Cesarone was allowed to come into Canada and why the government waived his 14-day quarantine requirement," said Christopher Monette, public affairs director for Teamsters Canada.

"We believe the government needs to explain itself on that one. It's absolutely crucial."

Foreign Affairs Minister François-Philippe Champagne has granted 191 such quarantine exemptions on "business mobility" grounds since the pandemic began — 138 of them over the past six weeks, a spokesperson said. Permission to skip the self-isolation requirement is given only under "exceptional circumstances," the department said, and applicants must "thoroughly justify the immediacy of their purpose of travel to Canada."

Cesarone declined interview requests, and UPS did not respond to written questions about the exact reasons for his trip or why the meetings couldn't be conducted remotely.

But in a statement to CBC News, the company noted that UPS is an essential service, responsible for delivering needed supplies to Canadian businesses and consumers — including personal protective equipment and "hopefully vaccines soon."

Cesarone observed "every regulatory and safety protocol" and followed a detailed COVID-19 "risk mitigation plan," which included wearing a mask, physical distancing and testing, while in the country, the company said.

However, two employees who met with Cesarone dispute the company's characterization of the trip and his health precautions, telling CBC News that the meetings "were 100 per cent about labour" and that on at least one occasion, the UPS executive removed his mask so that he could be better heard in a crowded room. The employees asked not to be identified for fear of repercussions.

Teamsters Canada says that Cesarone's visit, which included stops at facilities in Toronto and Mississauga, Ont., raises issues of transparency on the part of the company and the federal government, as well as concerns about workplace safety.

"What's important for us is that everybody is just playing by the same set of pandemic rules," Monette said. "Just out of respect for the health, the safety of UPS drivers and UPS workers in general — who are, at the end of the day, essential front-line workers."

Voting on the new labour agreement at UPS began on Oct. 22, and the results are expected to be released on Nov. 2.

Officially, Canada's border has been closed to non-essential travellers since March 21. But according to the Public Health Agency of Canada, more than 4.6 million people have entered the country over the past seven months. Some 1.1 million, mostly Canadian citizens returning from abroad, were obliged to self-isolate for 14 days. The other 3.5 million — essential workers such as truckers, technicians and health-care providers — were excused from quarantine.

Over the past month, CBC News has uncovered two instances where senior U.S. executives flew into the country on private jets and were granted exemptions by front-line Canada Border Services Agency officers for non-essential meetings and facility tours — cases that Ottawa now calls errors.

But the growing number of special ministerial exemptions has opposition politicians again wondering why Canada's supposedly closed border appears so porous at a time when COVID-19 cases are spiking around the globe.

Conservative Leader Erin O'Toole raised the issue in question period in the House of Commons on Tuesday. 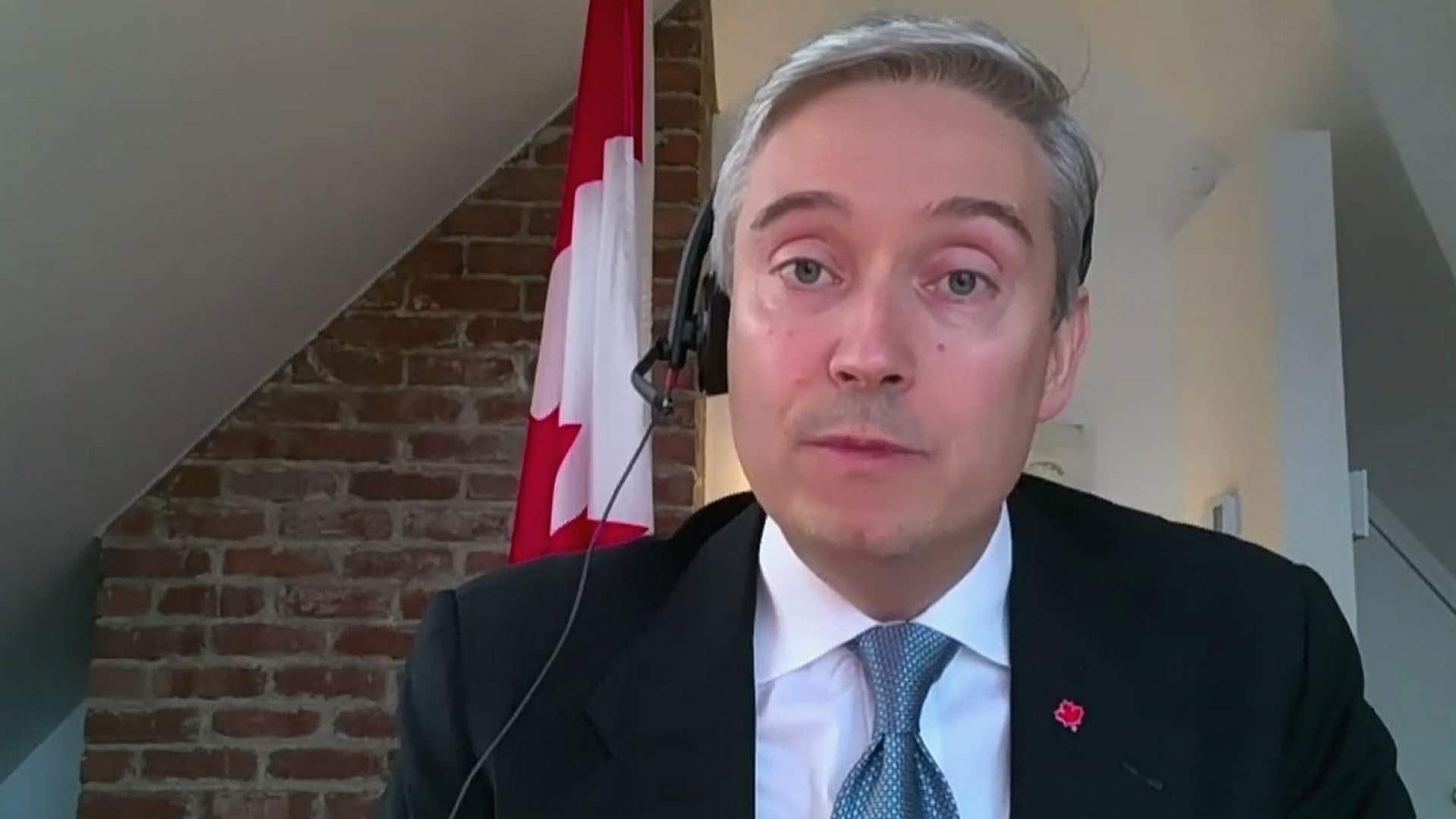 "Quarantine restrictions are enforced on everyday working Canadians, their small businesses, their family members," Stubbs said, "why are there still one set of rules for wealthy, well-connect elites and a different set for everyone else?"

Champagne denied there were two sets of rules.

"Canadians have the right to enter Canada at any time when they follow proper health and safety protocols," he said in response to Stubbs.

"Exemptions have been granted after extensive consultation by Global Affairs Canada's officials with the Public Health Agency of Canada and the provinces and territories."

Jack Harris, the MP for St. John's East and the NDP's public safety critic, questions why it was necessary for Cesarone to travel to Canada at all.

"You know, we conduct parliament by Zoom. We do meetings though Zoom.... I don't see the necessity to have some special exemption like this," Harris said.

"I can't go to Ottawa and come back to St. John's, Newfoundland, without a [provincial] 14-day exemption. We have workers from Newfoundland doing the same thing, coming back to work and having to have a 14-day quarantine here." 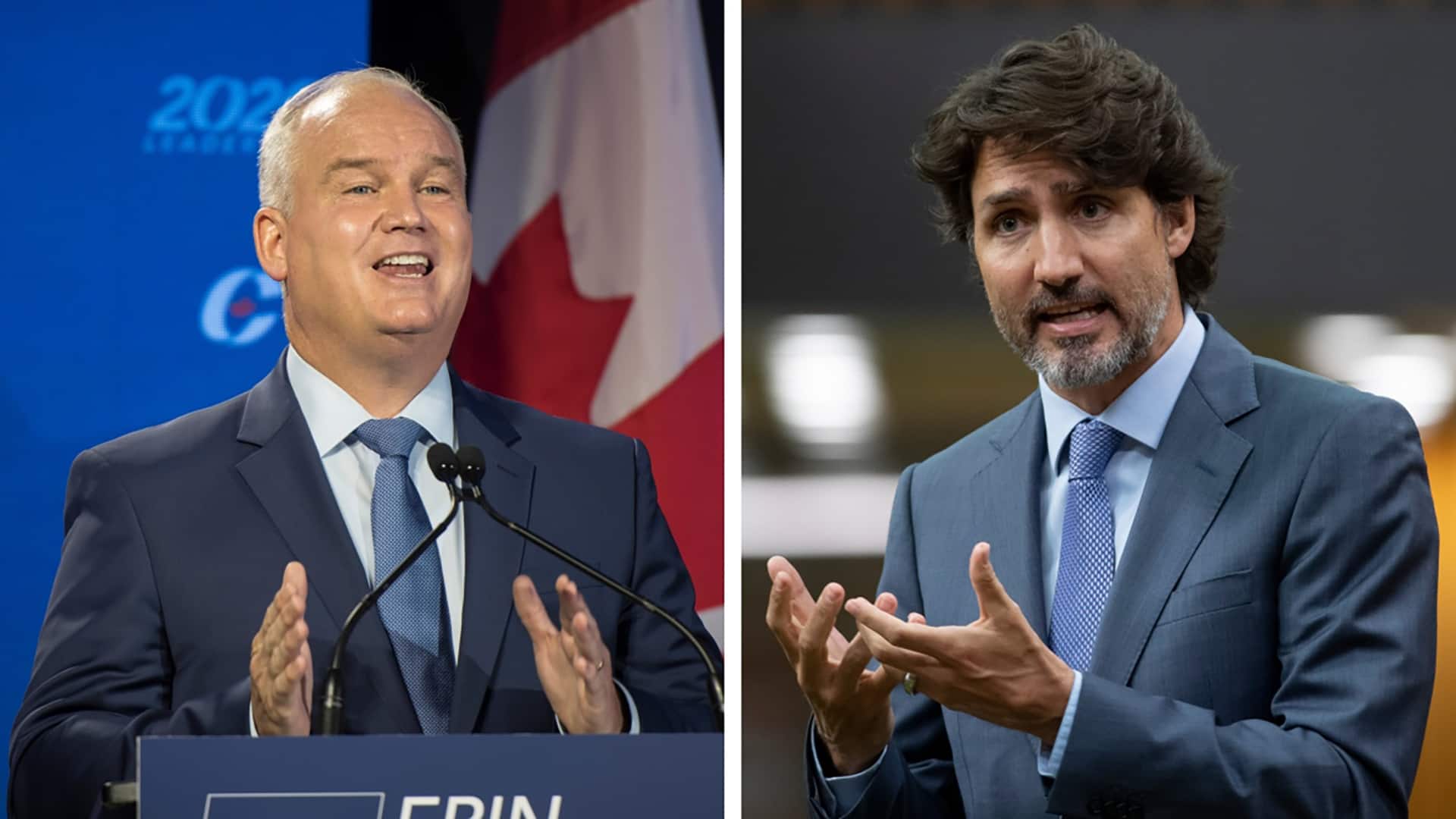 Harris is calling on the Liberal government to share more details about which foreign visitors are being granted exemptions from quarantine and why.

"This idea of behind-closed-doors, non-transparent ministerial exemptions, where you have to dig around to find out why it's happening, that's not fair to Canadians," he said. "And I don't think Canadians would accept that as fair and reasonable."

The federal government has recently begun to relax border restrictions and grant entries on compassionate grounds, allowing more foreign citizens and Canadians who live abroad to reunite with romantic partners or visit sick or dying relatives.

As of Tuesday, Health Canada had received 2,250 such applications and exempted 1,335 people from all, or part, of the 14-day quarantine for what the government decided were compelling personal reasons. Another 630 people were allowed into the country, but forced to self-isolate for the full two weeks.