As thousands of young Canadians embark on their post-secondary education this fall, the coronavirus pandemic is shaping each step of their journey. Three students share how university life is unfolding in these unusual times.

'We're going to have to try to find some sort of new normal,' says fourth-year student

For many Canadians, continuing on to post-secondary education is a major milestone — a crossover into adulthood away from family, a shift to fuller responsibility and an opportunity to define who you are.

This fall, young Canadians are embarking on this momentous journey as the coronavirus pandemic shapes each step of the way.

CBC News spoke to three students about what university life looks like amid COVID-19.

Hana Mitsui Hotz knew exactly what she wanted from university: meet new people, try new things and study a subject that excites her. On a campus tour of Montreal's McGill University, she "absolutely fell in love" and, despite the pandemic, the freshman is determined to stick with her plans.

"You really want to go to university. You want that experience," said the kinesiology student, who moved into residence in late August and started remote classes in subjects like chemistry, physics and biology on Sept. 1.

"I'm sure it's going to be different. I definitely want to be safe.... I'm not going to go into any crazy house parties and stuff like that. [But] I still want to have a good time."

Sitting in her solo, hotel-style room her first night on campus, however, Mitsui Hotz said she felt overwhelmed. New measures — including strict occupancy limits in common rooms and virtual frosh activities — are designed to curb in-person gatherings, but they left her worried about how she'd actually meet her peers.

WATCH | What life in residence is like amid the pandemic: 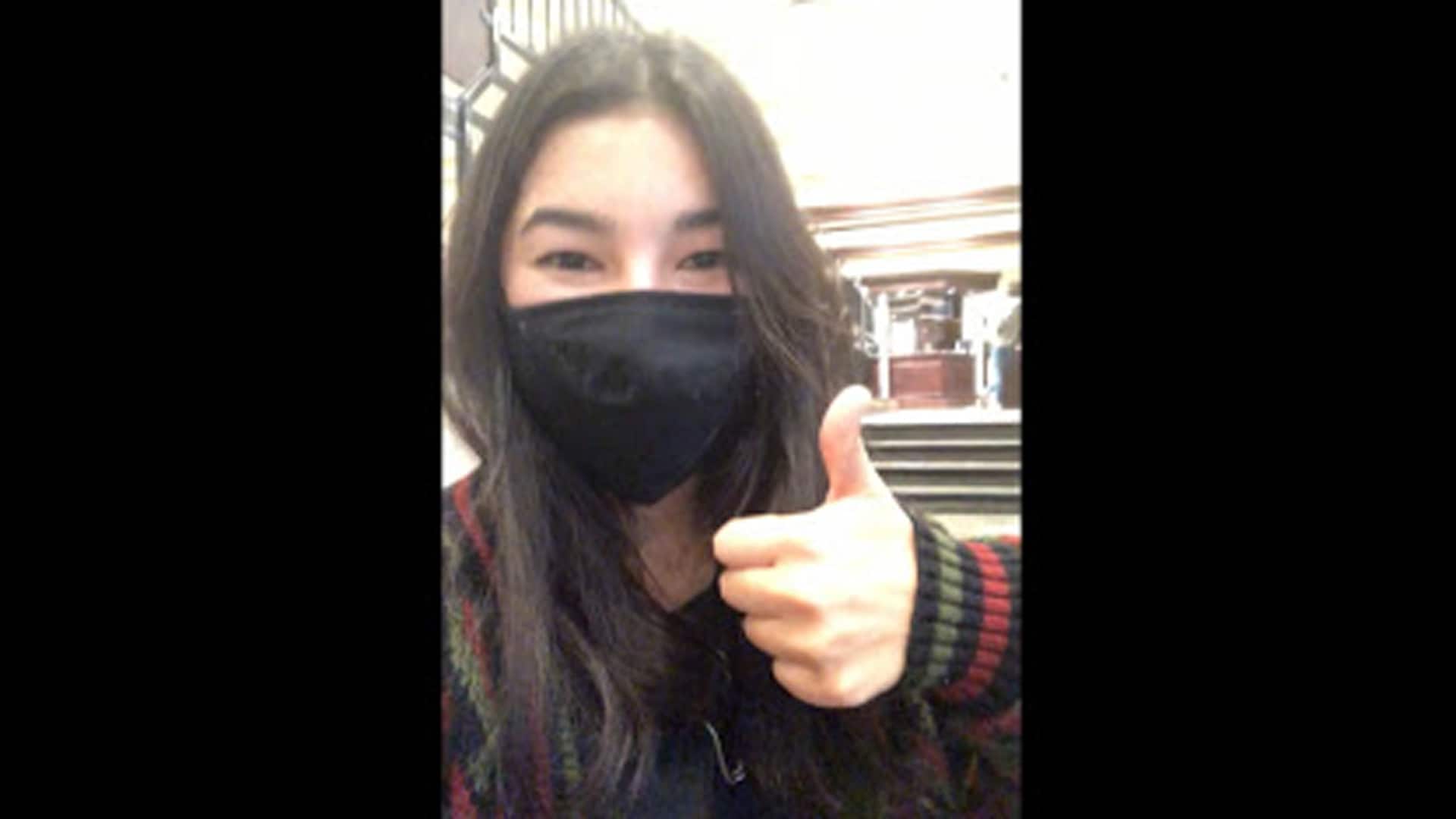 2 months ago
8:19
In the midst of the pandemic Hana Mitsui Hotz documented her first few days living in residence and attending classes at McGill University as schools begin to reopen for the semester. 8:19

"The reason I'm here is because I wanted to meet people. Once I had arrived and I kind of saw the layout, I was really worried whether or not I would be able to," said the student from Toronto.

Her stress level has dropped since the mix of online and in-person interactions she's had with others. A few people connected doing yoga together on Zoom, she said, while someone else got tons of reaction seeking, via an online chat, a few buddies to join in on a visit to the park.

For Mitsui Hotz, a quick hallway chat led to a new friend and a day spent window-shopping together.

"At the beginning, I was very frantic.... If you're not doing something, you kind of feel like you're missing out on everything. But I'm more used to it now. I've realized that it's not as bad as it seemed," she said. "It's really weird, but it's working out."

Though safety amid the pandemic remains a concern, she said she feels McGill has thoroughly communicated protocols with students, including taking a mandatory "mini-course" about COVID-19 and what to do if you have symptoms or test positive.

"I know people might go out to somewhere that's very populated. I just don't do that," she said. 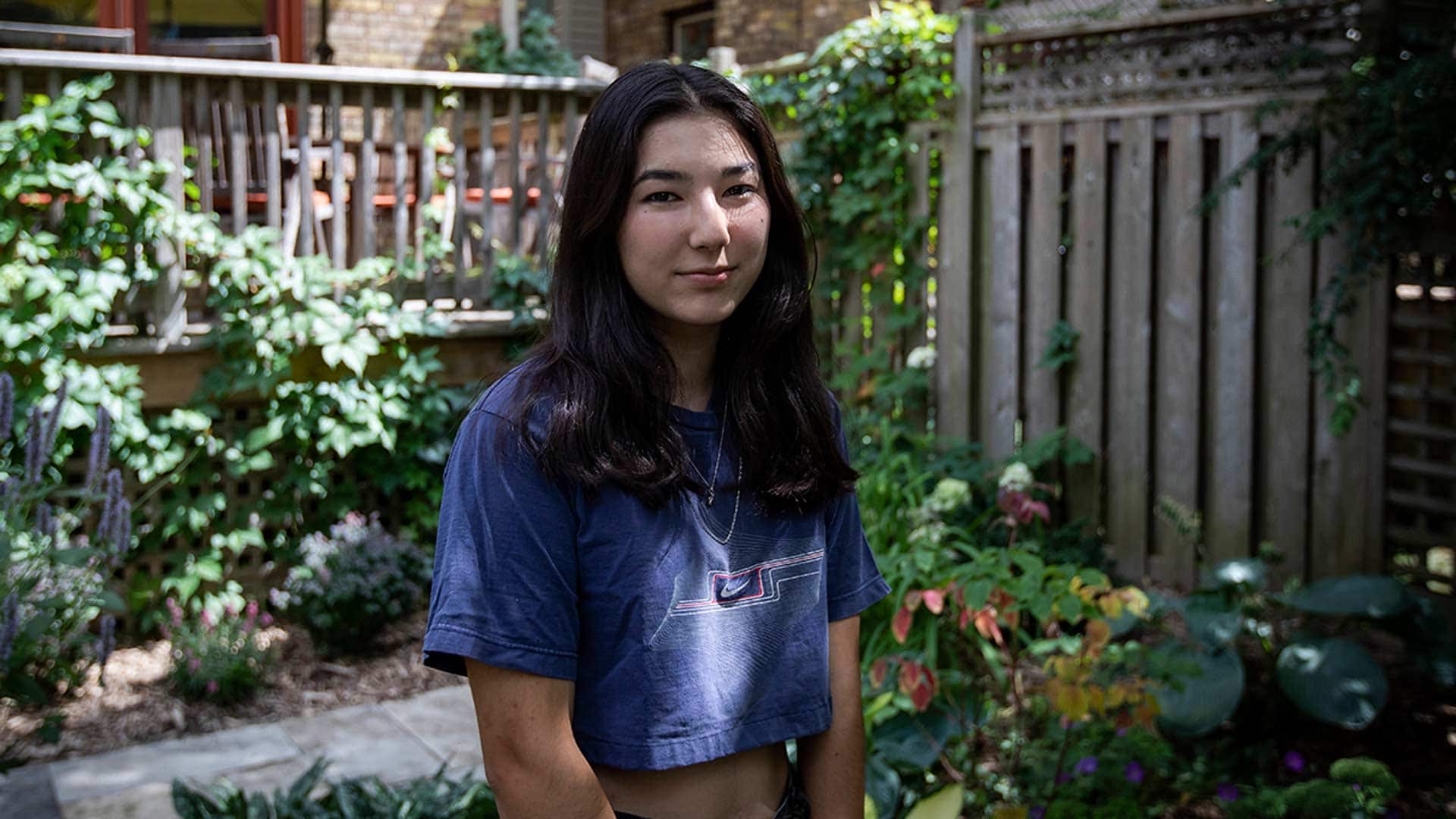 2 months ago
1:59
Even if the majority of their classes are online, some university students are choosing to move on or near campus to get a fuller student experience outside the classroom. 1:59

Anthony Russell envisioned university as finally getting out on his own — away from his hometown of Calgary — to pursue studies that would lead to law school. The pandemic has meant a delayed start that the first-year student at the University of Alberta never imagined.

Still at home for the time being, Russell is taking remote classes for a new law, crime and justice studies program, which is based at his school's Augustana campus in Camrose, Alta.

"I will be on campus eventually," he said. "I've been in the house with my parents and all my siblings my whole life.... I'm just really excited for when that time comes and they say, 'OK, everybody can come and stay on campus.'"

A thread of uncertainty has woven through the past two months. First-year students at Augustana live on-campus, Russell said, but he only learned of his program's remote start about a week and a half before classes began, so he doesn't have to move to Camrose just yet. There was also a delay with his schedule, which was only sent to him at 5 p.m. the day before his first class — complete with an assignment.

Since those initial hiccups, communication has been more frequent, Russell said, which helps him more effectively manage his time. Seated in his family's sunlit garage — where he attends Zoom classes several times a week, completes daily assignments and also creates vibrant art pieces — he said he feels as though he's finding his groove.

After having a less-than-ideal experience with remote learning to end high school, Russell said he finds a big difference with the university's live video sessions. "It's easier to ask questions and understand the materials because you have the resources there," he said.

"It's not as overwhelming as I thought it would be ... especially because I only have one class at the moment until Sept. 21. It's an easy phase trying to step into the university life, coming out of high school."

The remote start also extends beyond class, since peers connect via video conference, emails and messaging, he said. A few orientation activities Russell has heard about — like a grilled cheese competition — have also been virtual. But he's biding his time until he's physically on campus.

"It's not going to be the same as actually getting to live on campus and experiencing the actual atmosphere and meeting new people every day," he said.

Russell is anticipating an email in October that will advise him whether his studies will continue remotely in the new year or be held in the classroom on campus. He'll remain at home if classes are remote.

Although he does have concerns about a potential January crush moving into residence alongside hundreds of others, he said he's been satisfied so far with his school's communication regarding pandemic protocols and safety measures.

"I myself can take the proper measures of making sure that I stay safe: social distancing, [wear a] mask when that's not possible, washing your hands. My only worry is other people not taking the proper precautionary measures. That puts everybody else in jeopardy," he said.

"I thought I'd be going into classes.... Getting a coffee in the morning and all that stuff. But since I'm just staying home and my classes are remote, that whole kind of aspect of university life is out the window — until classes resume the normal way."

After summer at home in Quebec working with her research supervisor remotely, Catherine Boisvert is eager to be back at St. Francis Xavier University in Antigonish, N.S.

But to re-enter what's now the country's Atlantic Canada bubble, she had to first manage a tricky quarantine juggling act in her off-campus apartment shared with two roommates. When Boisvert returned in early August, one roommate left to stay with family elsewhere in Nova Scotia to allow her to self-isolate for 14 days. She subsequently decamped to her boyfriend's flat to allow a third roommate — returning from British Columbia — to quarantine.

"This is a crazy situation.... We have to bend a little bit and be a little bit flexible to help our friends," said Boisvert, who's starting her fourth year of a joint honours program in math and physics.

Boisvert said she appreciates efforts to create a safe, supportive environment for students, but she's also found implementation can lead to confusion.

A week into her quarantine, for example, she was sent into a panic when Nova Scotia announced a new measure requiring students returning from outside the Atlantic Canada bubble to be tested for COVID-19 three times during their isolation. StFX also has a new policy where students require a green bracelet — distributed to Atlantic Canada citizens and those who complete quarantine — to access campus. It must be worn throughout September.

While well intentioned, officials should have introduced these measures earlier, said Boisvert, who eventually received her bracelet after being told she wouldn't need the tests.

Boisvert said she feels grateful her school is aiming for as many in-person classes as possible — such as in her own program, where nine or 10 students per class is typical. But arriving from the province with the most COVID-19 cases in Canada has left her acutely aware of the importance of maintaining coronavirus protocols.

"A lot of people have the mentality of 'Oh well. We're in a small town in Nova Scotia. Nothing really can go wrong.' ... I know what the consequences of that are," she said.

While university policies might continue to be "trial and error" this fall, she said, schools have to move forward.

"We can't just shut down completely," Boisvert said. "We're going to have to try to find some sort of new normal."