Bike couriers for Uber Eats in Ontario will now be covered by two types of accident and health insurance, according to documents obtained by the CBC.

But many couriers who've been injured feel the coverage isn't enough

Bike couriers for Uber Eats in Ontario will now be covered by two types of accident and health insurance.

Uber Eats will offer its own insurance, and the Ontario Workplace Safety and Insurance Board (WSIB) will require the company to pay premiums for coverage under the board for its couriers.

Uber Eats is one of three popular food-delivery apps in Ontario that allow customers to use their smartphones to have food delivered from a restaurant. The other two are SkipTheDishes and Foodora.

Uber Eats said this week it will also offer accident insurance coverage for couriers on e-bikes, e-scooters and on foot.

In November of last year, Marketplace reported the discrepancy among food-delivery companies when it comes to protecting bicycle couriers. In Ontario, Foodora paid workers' compensation premiums and couriers could apply if they were injured on the job. At the time, Uber Eats was not required to register with the WSIB, and the status of Skip the Dishes was pending.

On the same day CBC Marketplace aired its story, an internal memo was distributed among WSIB employees announcing that Uber Eats would be required to register with the WSIB.

The memo was one of several documents obtained through a freedom-of-information request that show the WSIB looked into Uber Eats's classification when Marketplace began asking questions about the discrepancy among food apps.

One email chain between WSIB employees read: "based on additional information that has come to light through this process, we will be reviewing/re-visiting the coverage decision related to UberEats."

Ontario's WSIB lists couriers — provided they deliver on foot or bicycle — among the industries that receive automatic coverage, requiring companies that employ them to pay into the system.

However, the WSIB originally said that "based on the information Uber Eats provided to us," it determined that the company's activity should be classified as "'telephone answering services/call centres,' which does not require mandatory coverage."

After Marketplace's questions, the WSIB said it would review that classification, as well as the industry as a whole.

Injured on the job

"After I realized I was not going to have enough money to pay all my bills, I was really stressed," said Alex Juan, a former courier with Uber Eats whose name has been changed to protect his identity.

When Juan was making a delivery last year, he crashed into the door of a vehicle that was suddenly opened. The accident left him with broken bones and bruises.

At the time, Jaun was not entitled to WSIB coverage. He had no financial compensation as he was forced to take time away from his job for several months.

Juan says he feels frustrated that the coverage wasn't an option for him when he was hurt and that he will look into compensation for the wages he lost after his injury.

"I think it's a good step forward that Uber Eats now is covering its workers, as it should have been doing all along," said Aidan Macdonald, with the Toronto-based Injured Workers' Community Legal Clinic.

He questions why the WSIB originally classified Uber Eats in a way that didn't require bike couriers to be covered. MacDonald says that, in his experience, the WSIB heavily scrutinizes any claim submitted by an injured worker, and he believes the board should have directed that same scrutiny toward Uber Eats when the company first started operating in Ontario.

WSIB said in an email that since August 2017, it has received 11 claims related to Uber Eats and several have been honoured. It said couriers who want to report an injury should get in touch with them.

The new Uber Eats insurance covers couriers on bicycles, e-bikes, e-scooters and on foot while they are on a delivery, for accidental death and dismemberment, permanent and total disability, and accidental medical reimbursement.

Uber says the coverage will be retroactive to April 1, 2019, and is separate from coverage through the WSIB, which mostly covers lost wages.

Cris Crawford knows first-hand what it's like to be injured while making a delivery.

On March 23, just nine days before Uber's coverage went into effect, he was involved in a hit-and-run that left him with a dislocated shoulder and soft tissue damage to his leg and foot.

Doctors initially told Crawford he'd have to take three months off work, but now that he's started physiotherapy, he says he's been told it could be much longer before he can ride his bike again.

In Crawford's case, the police were able to find the driver who hit him, and that man's insurance will cover most of Crawford's medical expenses. But that's not the case for every injured courier, he says.

"There are a lot of people who've been through accidents, they don't have that kind of coverage. The driver doesn't get caught, or there isn't even a driver involved. It's just an accident that happens on the road," he said.

"Uber's coverage is just not enough for someone in my situation. If you're off for a couple months, it would run out really quick."

The coverage, offered through Chubb Life Insurance Company of Canada, offers $25,000 for accidental medical reimbursement, $15,000 for rehabilitation coverage, and other things.

MacDonald thinks the coverage is a step in the right direction, but more could be done.

"An employer that values the work that its workers do and that treats its workers with dignity and respect should be providing more than just the basic minimum," he said.

Crawford also feels it's unfair that Uber Eats has not compensated him for the cost of his bicycle, which was bent and cracked beyond repair in the accident. 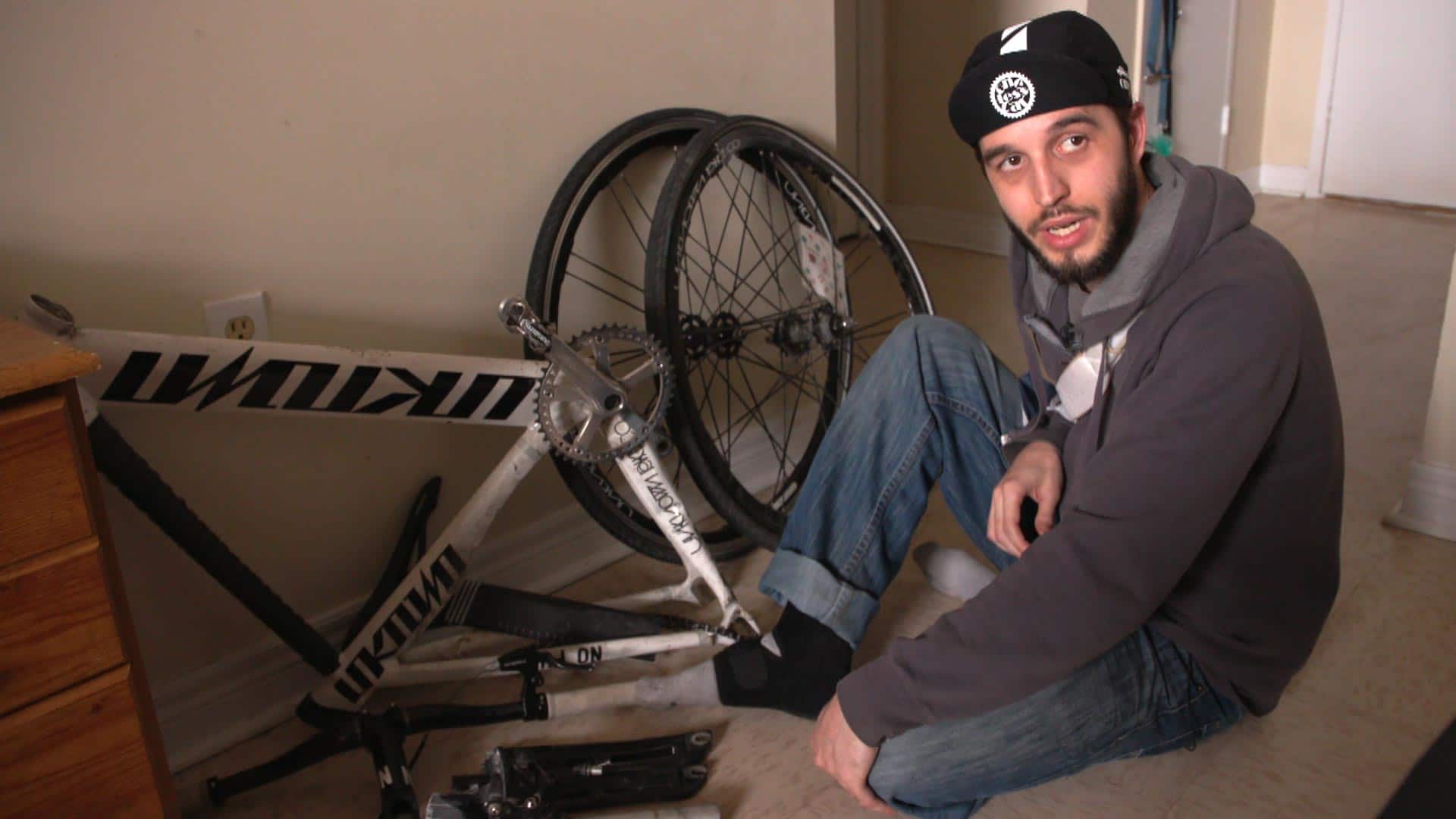 2 years agoVideo
0:35
Cris Crawford shows the damage to his bike after a hit-and-run accident. 0:35

When asked about the level of compensation, an Uber Eats spokesperson responded via email that safety has always been a top priority.

"Improving the experience for our delivery partners is something we strive to do each day," the email said.

"With this new policy, we wanted to provide the same reassurance for those who choose to use a bicycle, e-bike, e-scooter or even on-foot while making a delivery, as we do for delivery partners who use motor vehicles."

Meanwhile, Foodora couriers launched a campaign this week to join the Canadian Union of Postal Workers. They say they want fair compensation for dangerous work, the ability to recover when sick or injured, and a respectful workplace free from harassment and intimidation.

"A union is the best option," courier Ivan Ostos told Metro Morning earlier this week. "A union would basically force them to come to a collective agreement with us."

The full interview is available here.

Caitlin is an investigative journalist on CBC's Marketplace. Send her a story tip at caitlin.taylor@cbc.ca.

With files from Anu Singh and Makda Ghebreslassie