Security cameras are ubiquitous on public transit across the country, but when it comes to using them to investigate sexual harassment or assault, what they record is often gone before it can be used.

Video surveillance from buses, trains in some cities is stored for only a matter of days

Security cameras are ubiquitous on public transit across the country, but when it comes to using them to investigate sexual harassment or assault, what they record is often gone before it can be used.

While victims might take weeks or even months to report an incident, surveillance footage can be erased in a matter of days.

It was the report of an alleged assault on a city bus that prompted Toronto's transit agency to extend the amount of time that it holds on to footage a year ago. At the time, footage from streetcars and buses was held for only 15 hours, but after a teenage girl went to police to report an assault a few days after it allegedly happened and found there was no video evidence available, the Toronto Transit Commission extended that to 72 across its whole system.

Some women who have experienced harassment or assault say 72 hours still doesn't give victims enough time to report an incident.

"With the nature of sexual harassment, the shame that boils up in the people who have it directed at them, a lot of time, that takes hours and hours to process, maybe days, to the point where they feel comfortable talking to someone — and it may not happen at all," said Katie Nordgren, who used to blog about incidents of harassment she experienced while riding the transit system in Greater Vancouver. 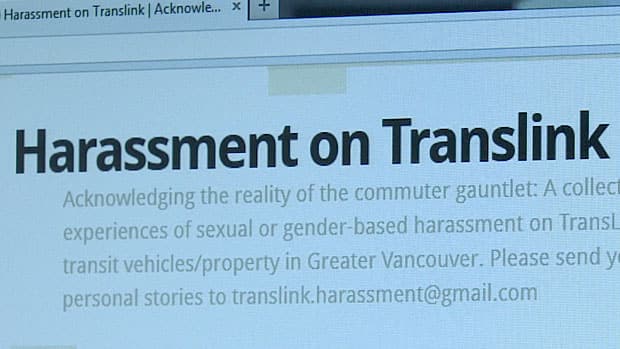 Toronto criminal lawyer Daniel Brown has worked on a number of sex assault cases and says video surveillance can play a key role.

"If they had a seven-day retention period, that would likely assist the police in securing the video," he said. "I feel many complaints like this would come to the police's attention within a seven-day period, and it not only gives them time to fully investigate the offence but secure the evidence necessary to prosecute the offence."

The TTC used to be allowed to hold on to surveillance camera footage for a week, but that changed eight years ago when it expanded the use of cameras throughout the transit network. At the time, Ontario's privacy commissioner, Ann Cavoukian, approved the addition of 12,000 cameras on condition that images be held for a maximum of 72 hours to protect riders' right to privacy.

"In my view, 72 hours provides a sufficient window of time for the TTC and the police to determine if an incident has occurred and if video surveillance footage may be relevant to its investigation," Cavoukian said at the time, citing the fact that police were able to operate "successfully" within that timeframe when investigating crimes in the city's Entertainment District.

The exception to the 72-hour limit is the TTC's wheelchair transportation service, which holds on to footage for seven days. The transit agency's justification is that riders with handicaps or cognitive impairments might need more time to report incidents. An investigation by the city's ombudsman also found that the footage has been used by the TTC to reassess whether riders are still eligible for the service.

Transit agencies in some other Canadian cities keep their security footage for longer than the TTC.

Vancouver used to keep surveillance footage from its SkyTrain system for only two hours when it was using video tapes, but since moving to a digital system in 2008, footage can be held for up to a week.

All too often, the women who are victimized on the system take some time to let us know what happened for varying reasons.- Anne Drennan, Metro Vancouver Transit Police

"If we were restricted to three days, it would mean in a significant number of cases, we wouldn't have the opportunity to obtain video about incidents that are reported because, all too often, the women who are victimized on the system take some time to let us know what happened for varying reasons," said Anne Drennan, media liaison for the Metro Vancouver Transit Police.

"Just because we don't have video, doesn't mean the crime didn't happen. We will still investigate and prosecute when we can," he said.

Reports of sexual assaults on the Toronto subway system are significantly down, according to police, with 67 reported in 2014 compared to 56 last year, but police say that's not necessarily a good thing given that the majority of sex assaults never get reported.

"We want the numbers to go up, because that would mean that there are more cases being reported," Det.-Sgt. Joanne Rudnick of the sex crimes unit told CBC News earlier this year.

The TTC plans to introduce an app — similar to one launched by Metro Vancouver Transit Police last year — that should make it easier for women to report sexual harassment and assault.

"On a daily basis, there are actually men who get up, and get on buses and trains with the sole intention of doing sexual offending to women and girls on transit. That is real. It is happening," she said. 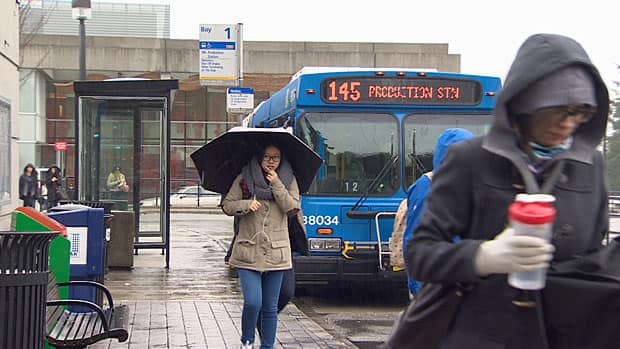 7 years agoVideo
2:25
A man arrested last week for sexual assault is out on bail 2:25

Dexter Brown is a freelance journalist originally from Toronto. He has covered everything from entertainment to business to general news for Yahoo, Post City Magazines and CPA Magazine.