The federal government should quadruple the amount of money it doles out each year for infrastructure projects in Canada once it balances the books, Ontario Premier Kathleen Wynne said Wednesday.

Ottawa needs to quadruple yearly amount given out, premiers say 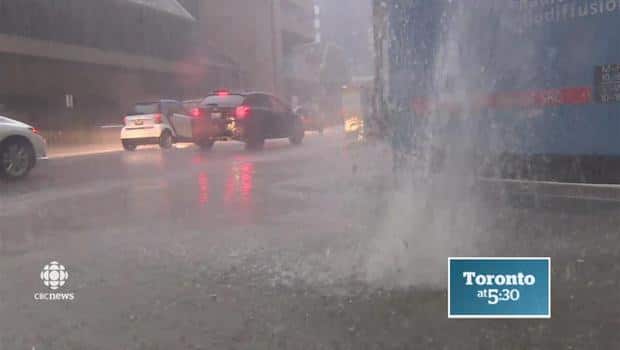 6 years agoVideo
2:59
Ottawa is being urged to provide more money for Canadian infrastructure. 2:59

The federal government should quadruple the amount of money it doles out each year for infrastructure projects in Canada once it balances the books, Ontario Premier Kathleen Wynne said Wednesday.

Ottawa currently spends about half a per cent of Canada's gross domestic product on infrastructure and should raise it to two per cent of GDP — or about $30 billion a year — she said at a conference with Manitoba Premier Greg Selinger and other territorial leaders.

The federal Conservatives are proposing $70 billion for infrastructure over the next decade, Wynne said.

All levels of government have neglected these needs since the 1970s and the cracks are starting to show, she said. Congested roads and unreliable infrastructure are dragging down the economy.

"Politics certainly plays a part," said the newly elected premier. "Election cycles don't fit neatly around the time that it takes to move from planning to ribbon-cutting."

She may not be premier when a project is completed, but that shouldn't hold back any government from spending money that will create jobs and benefit future generations, she added.

The federal Tories said their average annual spending on infrastructure has increased 300 per cent since they took office in 2006, supporting over 2,500 infrastructure projects this year.

Their $70-billion pledge is "the largest and longest federal infrastructure plan in our nation's history," Infrastructure Minister Denis Lebel said in a joint statement with Finance Minister Joe Oliver.

"The Harper government's support for public infrastructure has never been stronger and we are making these important investments while remaining on track to balance the budget next year."

Building infrastructure is essential to making Canada more competitive after the recession, but it can also protect communities from the destruction that natural disasters are wreaking in many provinces, said Selinger.

The dikes and other disaster-mitigation infrastructure built in Manitoba after the 2011 floods — the worst in a century — paid off last year when the water surged again, he said.

"I saw that in 2011 when we were in Brandon, there were 15 feet of super sandbags protecting the community and the water was higher than your head," he said. "This time, we had a dike in place and it all looked very normal."

"When you drove through the community, you had a sense of security, and that was because we'd invested in that infrastructure over the last three years," he added.

Natural disasters are becoming more common in other parts of Canada, the premiers said. About 350 fires have raged in the Northwest Territories, more than double the usual number.

And the results are costly. The Insurance Bureau of Canada has estimated that insured losses due to severe weather totalled about $3.2 billion last year, the highest in Canadian history.

TD Economics predicts natural catastrophes could cost Canadians $5 billion per year by 2020 as more frequent severe weather combines with increasing urban populations. The floods in southern Alberta last summer resulted in more than $1.74 billion in insured damages, while the flash flood in Toronto a month later caused $940 million in damages, according to IBC.

Wynne, who is leading a Council of the Federation group looking at public infrastructure investment, said she's calling for the massive increase in federal dollars on behalf of her province, which should receive about $12 billion of the proposed annual sum.

Ontario's deficit is expected to reach $12.5 billion this year, which critics say begs the question of whether Ontario is trying to bail itself out of its fiscal hole with federal cash.

"This is about building the infrastructure that we need in this province, in P.E.I., in Nunavut, in the Northwest Territories, in Manitoba and in every province," Wynne said.