As election lawn signs start sprouting on the streets where you live, there are more online ads starting to narrow their focus to where voters live as well.

Party runs more than 250 advertisements in support of local candidates

As election lawn signs start sprouting on the streets where you live, there are more online ads starting to narrow their focus to where voters live as well.

A survey of the Ontario Liberal page on Facebook Tuesday afternoon shows the party was running more than 250 advertisements in support of local candidates across the province.

CBC News has been able to learn more about many of those ads, thanks to information collected in a database of political advertisements being crowdsourced and compiled by the U.S. non-profit news agency ProPublica.

The research shows, for example, ads placed by the Liberal Party in support of Glenn Thibeault in Sudbury, promoting the Liberal plan for pharmacare coverage for children.

Thibeault is also taking out his own local ads, targeting voters in the Sudbury area, to help promote his party's platform for northern Ontario.

What's missing in all of these local ads is any reference to party leader Kathleen Wynne. 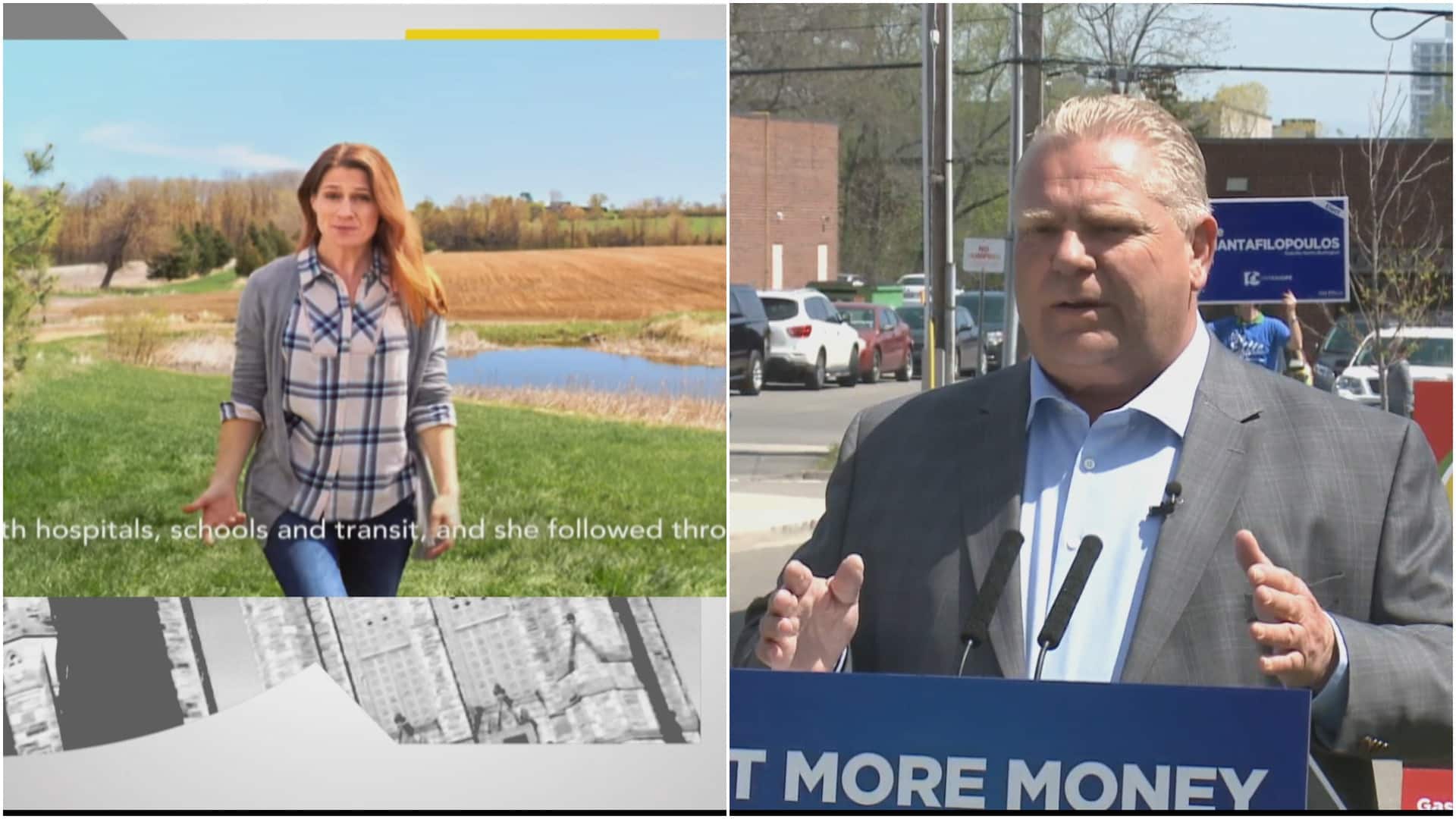 Wynne-less ads: 'They focus-grouped the crap out of these'

"With their candidate and their party now far more popular than their leader, it is a smart strategy for them to redirect the money they might have had previously supporting Wynne and take that into a hyper-localized approach."

It also echoes a series of new television ads released by the Liberal Party on Mother's Day.

"Okay, I get it," a woman in the ad says while walking through a field. "Everything hasn't been perfect in Kathleen Wynne's Ontario."

The ad touts her government's record, without showing any images of Kathleen Wynne.

Other leaders front and centre

However, the other parties are not copying that strategy.

The Ontario Green Party's ads feature leader Mike Schreiner, and many are targeting the Guelph area where he is hoping to win the party's first seat.

Andrea Horwath features prominently in NDP ads that are being targeted more broadly at potential voters across the province.

And PC leader Doug Ford is front and centre in his party's advertisements.

"His targeting is ideological and above geography," said Jacobson. "They may have their priority ridings for sure, but for the Conservatives it will come down to finding like-minded individuals who are most open to Ford's message."

To do so, she says the PC's are using data collection tools on Facebook to target voters most receptive to their advertising.

Then there are ads being placed by riding associations in support of local candidates.

One of the most active is the Windsor-Tecumseh PC riding association, which is targeting the Windsor area in support of candidate Mohammad Latif.

One of its messages was so hyper-local, it was poking fun at his Liberal opponent Remy Boubol, who's campaign office opened across the street.

He took out an ad to help publicize the opening, joking she was having trouble getting her signs out.

Learn more about how you can help CBC News investigate political ads on Facebook.