The Ontario government is calling for help from the Canadian Forces to slow the spread of the novel coronavirus in long-term care facilities, where the province says soldiers are needed to help with staffing and medical care.

Province says soldiers needed in 5 long-term care facilities, but doesn't say which ones

The Ontario government is calling for help from the Canadian military to slow the spread of the novel coronavirus in long-term care facilities, where the province says soldiers are needed to help with staffing and medical care.

The Ford government revealed the request for help at five long-term care facilities on Wednesday, though it did not say which homes are most in need of help.

"Things change hour by hour," said Minister of Long-term Care Merrilee Fullerton. "That military assistance will go to the homes in greatest need."

CBC News has collected data from local health units showing COVID-19 has killed at least 716 people in Ontario — a total that includes hundreds who have died in long-term care.

Ontario Premier Doug Ford likened the situation in long-term care settings to a "raging wildfire" during his Wednesday news conference.

According to the latest provincial update, 878 patients with the disease are being hospitalized, and 243 are in intensive care units.

The province says there have been 12,245 confirmed COVID-19 cases in total, 510 of which were new on Wednesday.

The real number of confirmed cases is likely far higher given Ontario's past testing woes. Regardless, the latest provincial modelling suggests Ontario has reached the peak when it comes to community spread of the disease, although health officials say physical distancing measures must continue.

The ONA asked an Ontario Superior Court judge to order the homes comply with provincial infection control and health standards at a hearing on Wednesday morning. The hearing has concluded and the judge has reserved his decision.

A total of 71 residents have died in total in the three facilities,. On Wednesday, Anson reported it has 27 deaths, Eatonville has 36 and Hawthorne now has eight.

Eatonville reported on Wednesday that 36 of its residents have died of COVID-19 related reasons and the home has 143 cases, with six test results pending.

Speaking to CBC News over the weekend, ONA president Vicki McKenna descried the situation as an "urgent emergency."

All three homes are owned by Rykka Care Centres, which is an operating partner of Responsive Group.

Responsive Group told CBC Toronto it has been following all directives from local public health units, saying it will provide specific details in affidavits filed through the court.

In a statement on Wednesday afternoon, Linda Calabrese, vice-president of operations at Responsive Management Inc. said: "Today, we participated in a hearing related to the protections we have had in place for staff amid COVID-19 outbreaks. It is difficult to hear that some of our staff feel that we have not done everything possible to protect them throughout this crisis. We need to do better."

Before the pandemic, Calabrese said the company acquired all the personal protective equipment (PPE) it needed to meet Public Health directives. That PPE included 630,000 surgical masks, 39,600 gowns and 4,300 face shields.

"Despite the global shortage, we were successful in acquiring all the additional supplies we needed to manage through this pandemic," she said.

Staff at its homes are required to undergo infection control training, she added.

In a separate move, the Services Employees International Union is asking the province to take over operations at the same three facilities — with union president Sharleen Stewart calling their handling of the pandemic "pure negligence."

Stewart says Wednesday is the final day that long-term care employees can work at multiple facilities — part of an emergency order issued by the province last week to slow down the spread of the virus.

She believes the order will cause some problems, because staff are likely to pick the facility where they are paid the most and some homes will be disadvantaged.

"If everyone was paid the same during this crisis, then I think you'd see the homes staffed up better than they are going to be on Thursday morning," she said in an interview with CBC News Tuesday.

Temporary workers are still being allowed to work in more than one facility — which a Toronto MPP has called "a giant loophole."

Ontario will also begin testing all residents and staff at long-term care facilities where there are outbreaks of COVID-19. The province's previous policy was to test only the contacts of people who tested positive and others showing symptoms of the disease.

On Wednesday morning, Ford indicated during an interview with CFRA radio in Ottawa that current restrictions might be loosened in time for the May long weekend, which lands on May 18 this year.

During his afternoon briefing, Ford attempted to clarify his position, and said adamantly that no changes will be made until Ontario's top public health officials say it is safe to do so.

"That is absolutely not going to happen," he said of the possibility of loosening restrictions by May 18, unless doctors recommend a change.

WATCH: Ontario Premier Doug Ford on the possibility of loosened restrictions by the May long weekend 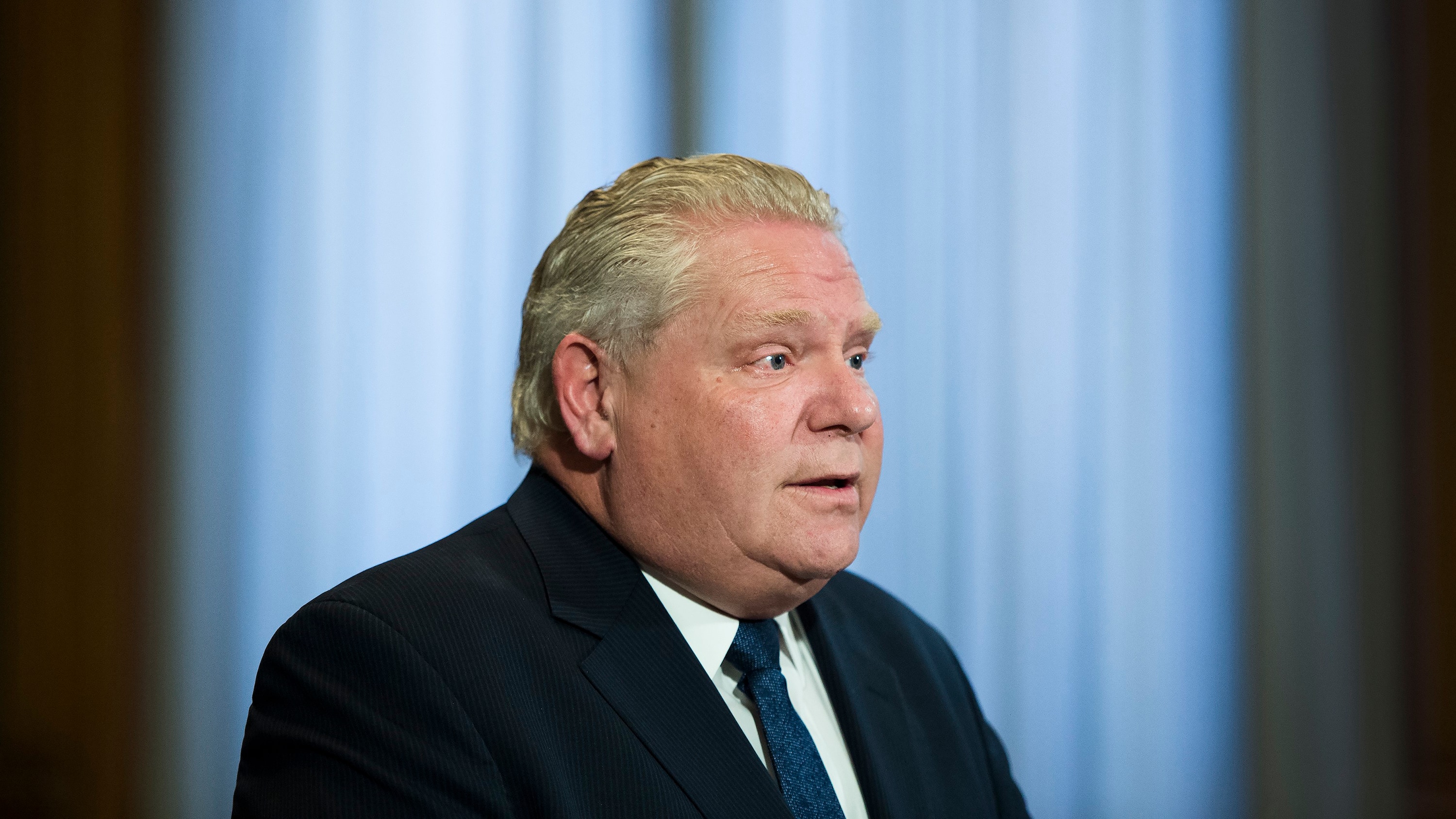 11 months ago
0:39
"That is absolutely not going to happen," Premier Doug Ford said of the possibility of loosening restrictions by May 18, unless Ontario's top public health officials recommend a change. 0:39

Today marks the 50th Earth Day since the annual event was established in 1970, and cancelled clean-ups and events have given way to virtual and physically distant activities.

The City of Toronto has cancelled its Clean Toronto Together events.

"I am really hopeful once we resume operations we will be able to clean up those green spaces," said Coun. Jennifer McKelvie, who is speaking on a virtual climate change panel being hosted by the Canadian Club Toronto.

The Waterloo Region District School Board is hosting a three-day backyard bird count, and in Thunder Bay, author Sue Holloway is sharing a virtual reading of her children's book 'A World Worth Imagining.'

Earth Day Canada has also been using the Twitter hashtag #earthdayathome to remind people to find new ways to mark the day.