Watch the dancing queens, kings and dinos of Burlington during COVID-19

In the fourth installment of CBC Toronto's Meet the Neighbours series, we meet the "Bridle Wood Music Nights" families in Burlington, who have been getting their groove on during COVID-19. 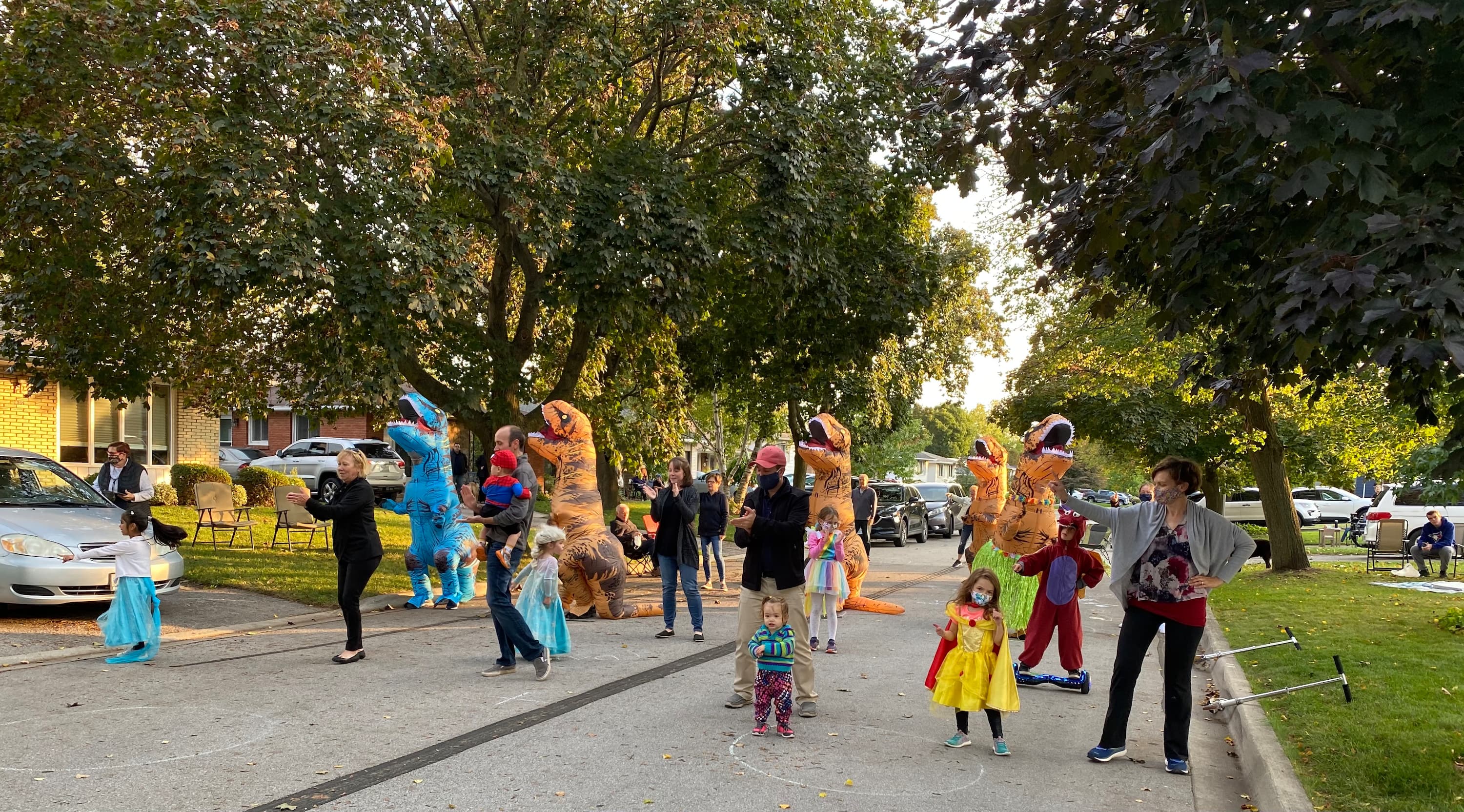 Neighbours who live on Bridle Wood in Burlington are in the mood for a dance!

Since the pandemic hit in March, they've been hosting weekly "Bridle Wood Music Nights," where they play, sing and dance at a safe distance.

The evening begins with eating takeout from a local restaurant on their front lawns while music plays from Sue and Gary McBay's driveway.

As the resident DJ, Sue McBay plays a variety of tunes that get her neighbours on their feet after dinner.

"It makes my heart sing," she said, describing how it made her feel to watch her neighbours become friends and dance on the street.

"People care for one another — they always did, but now they have a chance to show it."

Watch the video to see the dancing queens, kings and dinosaurs in action.

How have you grown closer to your neighbours during the pandemic? We want to hear and share your stories as part of our Meet the Neighbours series. Send an email to torontotips@cbc.ca.