Was that a UFO above Toronto last weekend?

Toronto police responded to calls last weekend after people spotted and posted a video of strange lights in night sky near Yonge Street and Sheppard Avenue. 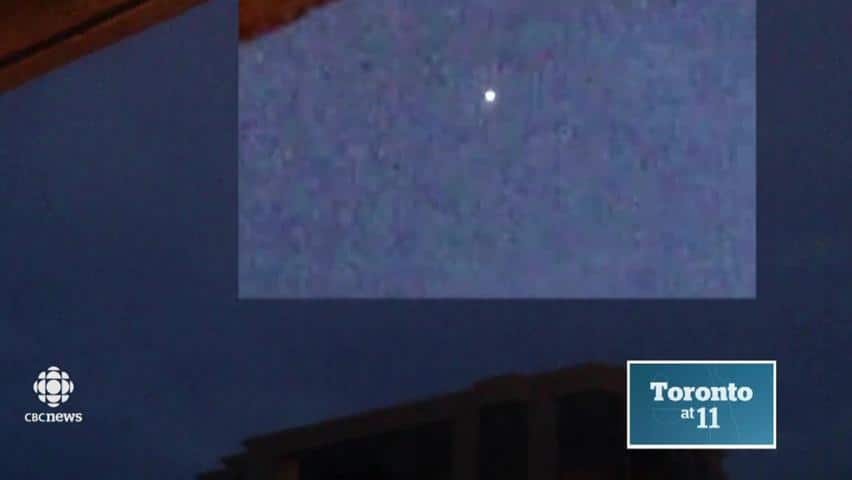 Was that a UFO in Toronto?

Toronto police responded to calls last weekend after a video was posted that shows a series of lights in the night sky above Yonge Street and Sheppard Avenue.

Click on the video link above to watch Lucy Lopez's story about the strange lights.