A cyclist’s camera captures the moment another cyclist is attacked and knocked to the ground in front of several cars on Yonge Street. 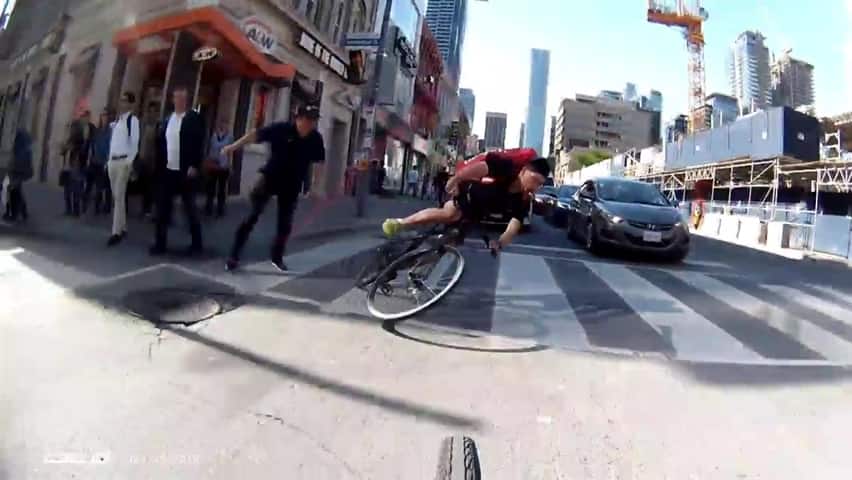 2 years ago
0:20
A man is captured on camera pushing a cyclist off of his bike near Yonge and Grosvenor. 0:20

Shocking camera footage captures the moment a cyclist is attacked and knocked to the ground in front of several cars on Yonge Street just north of College Street.

The cyclist appears to have been travelling southbound on Yonge Street and was stopped in the curb lane at the stoplight at Grosvenor Street. A man comes running up on the sidewalk, approaches the cyclist, and strikes him across the face. The cyclist falls off his bike and onto the street in front of several vehicles.

Police say that witnesses saw the male suspect jump out of a vehicle before approaching the cyclist.

Toronto police say it's unclear what led to the altercation. The man pleaded guilty to assault charges and was released on a promise that he would return to court at a future date, said police.

The video has no sound but the suspect appears to yell at the cyclist after the assault.

The city has been experiencing a rise in pedestrian and cyclist injuries and fatalities this year.