The city's first and oldest pizzeria and spaghetti house, located in the Junction, announces its last day of operation will be April 19. 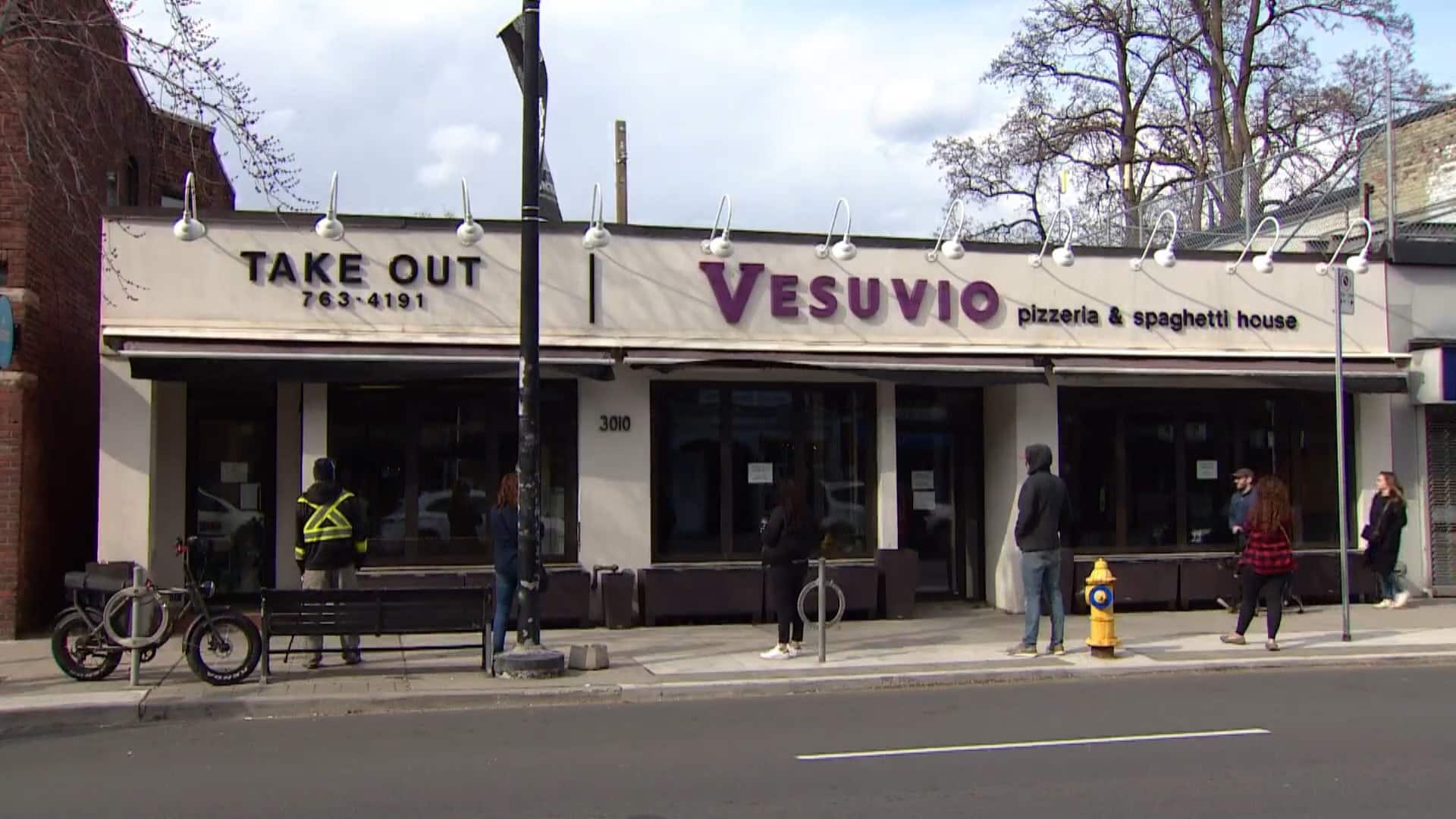 11 months ago
2:02
Vesuvio Pizzeria, one of the city's first New York style pizzerias, will be closing its doors for good because of the strain brought on by COVID-19. 2:02

A popular, family-run Italian restaurant that's been operating in Toronto's west end for over 60 years has announced it will be closing for good because of the strain brought on by COVID-19.

Vesuvio Pizzeria and Spaghetti House, which was founded by the Pugliese family in the Junction neighbourhood, says their last day of operation for pick-up and delivery will be April 19.

"The decision to close was a difficult one, but like many restaurants, our business has been affected by the COVID-19 crisis," according to a statement on their Facebook page. "We at Vesuvio have proudly served our valued customers and the community for over 63 years, but the time has come to say farewell."

Ettore (Eddie) Pugliese, who co-owns the restaurant, said they were already thinking of scaling back operations at the beginning of the year, but when COVID-19 hit, they decided it was time to close for good.

"When this virus came, it really crippled us," he told CBC Toronto. "That was the tip of the iceberg."

According to the restaurant's website, Vesuvio was the first New York-style pizzeria in Toronto.

"Either directly or indirectly, about half of today's pizza industry in Toronto learned from or were influenced by the Pugliese brothers at Vesuvio," it states. "They were the first, finest, and most knowledgeable experts on pizza in Toronto and they set the standard for the rest of the city."

Ettore and his brother, Dominic, helped start Vesuvio with their father Rocco in 1957 on Dundas Street West in the Junction. Two years earlier, Dominic had lived in New York City, where he learned how to make New York-style pizza from a man who owned a bakery called Vesuvio.

Following the Toronto business opening, the two other Pugliese brothers, Attilio and Corrado, came from Italy to join the family venture.

Ettore, 81, said what he'll miss most is the friends he has made over the decades they've been in business.

"Fifty years later, they still come in there, and they go, 'You know I had my first date here with my wife.' School proms every year we used to get flooded with kids. Now their grandkids are coming in. I'm talking about three generations," he said.

But Ettore said there's been an outpouring of support since they made the announcement the restaurant is closing.

"Oh, my god, so many comments, you know, from people I met along my path, it really makes me cry," he said.

"Everyone has been so supportive," said Piera Pugliese, adding that it's been getting harder and harder to stay open.

"We were worried about the bottom line; it just wasn't making it anymore," she added.

The business opened while the Junction neighbourhood was under prohibition, which made it difficult for restaurants to operate at the time.

The dining room at Vesuvio was closed from 1984 to 2000 because they couldn't serve alcohol.

"They understood that the public wanted to eat their Italian food with red wine and their pizza with beer," the website states.

For almost two decades, the restaurant partnered with other business owners to fight the dry designation until it was finally abolished in 2000.

"We're proud of what we have achieved and look to the future with optimism," the statement reads. "And after 63 years, we're also looking forward to a little downtime. We have good memories that we'll cherish forever."

With files from Kelda Yuen