Union Pearson Express train too costly to use, poll finds

Almost seven in 10 people who responded to a poll say the Union Pearson Express airport train will be too expensive. 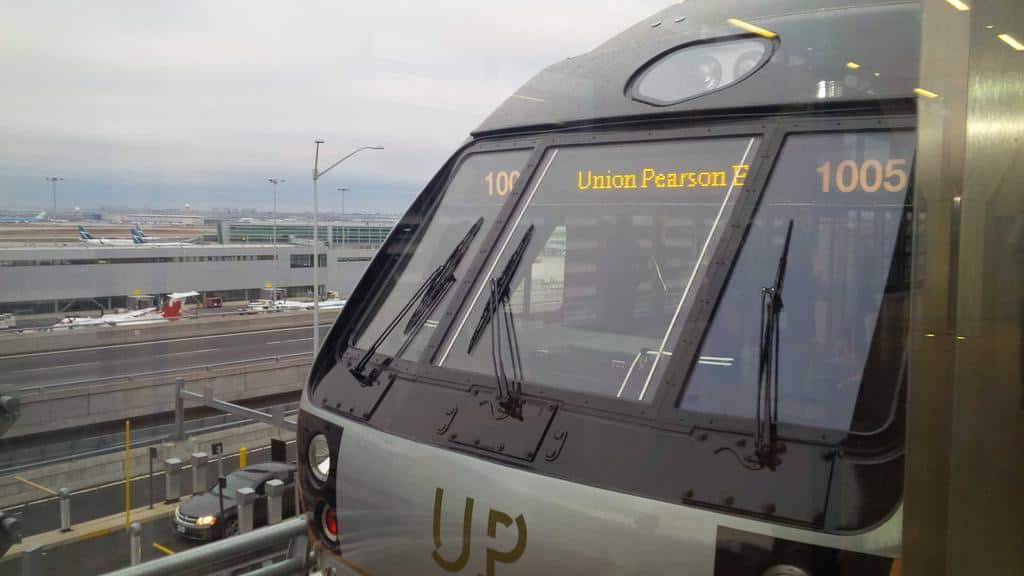 6 years agoVideo
1:14
CBC's Mike Crawley takes you inside Toronto's airport train, which is set to enter service next year 1:14

About two thirds of people polled said the Union Pearson Express airport train will be too expensive.

The poll, conducted by Forum Research, asked 1,001 random Toronto residents how likely they were to use the high-speed airport train, which is set to enter service next spring. The one-way adult fare will be $27.50 ($19 for Presto card users) with discounts for seniors, students, families and airport workers.

Sixty-nine per cent of poll respondents said the fare was too expensive, while only 23 per cent responded that the fare was "about the right amount."

The poll also asked how likely respondents were to use the UPX service, which will connect Pearson airport with Union Station with stops at Bloor/Dundas and Weston GO stations.

The airport train promises 25-minute service between Pearson and Union Station, with departures every 15 minutes.

The UPX website says the service will be running in time for the July 10 to 26 Pan Am/Parapan Games, which Toronto is hosting.

Some critics have said UPX fares are too high to attract riders away from using taxis, particularly groups of people travelling together. Officials from Metrolinx, the province's regional transit planning authority, have said fares are in line with similar dedicated airport trains in other large cities.

The poll was conducted on Dec. 17 and 18 and is considered accurate plus or minus three per cent, 19 times out of 20.

Click here for more detailed information about the poll's data and methodology.