Tokens, transfers and even Metropasses will soon be a thing of the past, as the TTC fully embraces the Presto card. 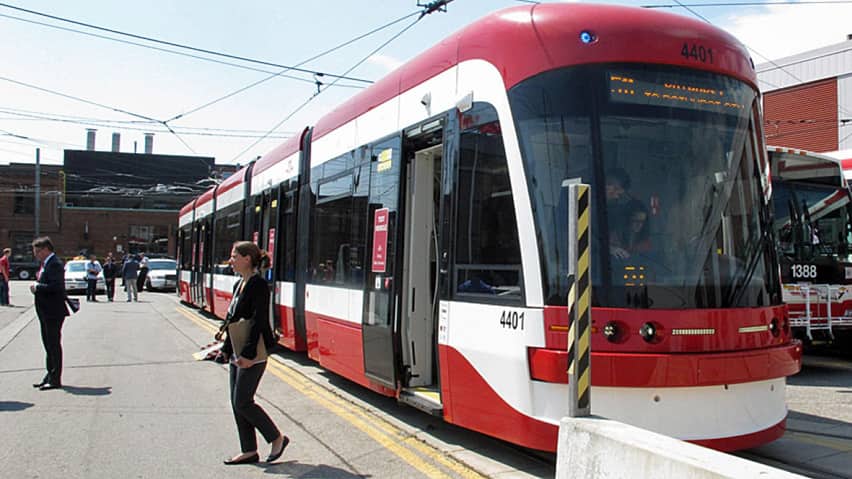 5 years agoVideo
2:09
John Tory warns Bombardier to speed up its production of the TTC's new streetcars, or risk future business with the City of Toronto. 2:09

The TTC is shaking up the way you enter, and pay for, the city's subway.

The TTC announced several changes to the current system at city hall on Monday as part of its modernization plan. The highlights include getting rid of ticket collectors by end the of 2016 and the elimination of tokens and tickets by mid-2017.

Presto cards, a Metrolinx initiative which works on other transit systems including GO Transit, are the main replacement for tokens. Users will also be able to pay for their trips with credit and debit cards.

"A lot of change is happening in Toronto with respect to how you pay your fares," TTC Spokesman Brad Ross said.

"Tokens and tickets and paper transfers and the Metropasses and day passes … will become a thing of the past."

Ticket collectors would be re-assigned to other duties. Ross said many will work as customer service assistants inside stations, helping riders figure out payments and directions.

Meanwhile, the Presto rollout is continuing across throughout the TTC's stations and vehicles. Presto cards will be in 26 stations by July 1, the TTC said in a presentation.

All new streetcars will also be equipped to use the green cards and the TTC is hoping the multiple card readers will enhance all-door boarding. Every streetcar will have Presto readers by the end of 2015, Ross said.

The TTC is targeting the end of 2016 to have Presto readers on all of its 1,800-plus buses, though some will get the readers this fall. A similar timeline is in place for the Wheel-Trans service.

A presentation to the TTC board also showed off new gates which will replace older turnstyles.

"They're more like gates that you see in European cities," Ross said.

More improvements, including the addition of Presto vending machines to stations, are also continuing. Overall, Ross called the changes "positive and exciting," while admitting some of the changes are overdue.

"It has been a long time coming," he said.

TTC officials off to Thunder Bay to deal with streetcar delays

Meanwhile, TTC CEO Andy Byford and the transit agency's chair, Coun. Josh Colle, are set to travel to Bombardier's plant in Thunder Bay, Ont. to find out the status of the new fleet of streetcars.

The city spent more than $1 billion to order 204 streetcars from Bombardier in 2009, but today there are only five in operation, according to the TTC.

Bombardier says 27 streetcars will be rolling across the city by the end of this year and that it's confident it can deliver all 204 by 2019.

But Mayor John Tory warned that if the company can't deliver, it may not be doing business with the city in the future.

The CBC's Jamie Strashin was tracking this story at city hall today. You can see more in the video above.