It's out with the old, and in with the new for the TTC this weekend. The transit commission is officially retiring the last of its Canadian Light Rail Vehcile (CLRV) streetcar fleet Sunday, 42 years to the day after the first ones arrived on TTC property.

It's out with the old, and in with the new for the TTC.

The transit commission officially retires the last of its Canadian Light Rail Vehicle (CLRV) streetcar fleet Sunday, 42 years to the day after the first ones arrived on TTC property.

The streetcars will make their final runs on Queen Street between Roncesvalles and Greenwood avenues starting at 10 a.m. And the TTC is offering free rides on that final day to nostalgic transit fans.

The very last trip, which goes Sunday afternoon, will be ridden by 20 contest winners and their guests.

And behind the controls on that final run will be one of the old CLRVs' biggest fans: Operator Brenda Michaud.

"It's bittersweet," she told CBC Toronto. "It being the last is kind of scary, but... it's exciting to have a new streetcar too."

Michaud began driving streetcars 23 years ago. Now, she's at the controls of the TTC's new, longer state-of-the-art streetcars, both as a  driver and an instructor.

Of making the switch to the new cars with their enclosed cabs, Michaud said: "It takes away that personal, hands-on kind of feeling... But I will still make an effort, if somebody really wants to have a conversation."

The original order, back in 1977, saw the TTC buy 196 CLRVs. They were supplemented in the late 1980s, by 52 articulated streetcars — the last of which was retired in September.

After Sunday's last ride, the entire TTC surface fleet will be made up of the new accessible, low-floor streetcars, which have been steadily growing in numbers for about five years, Michaud says.

But although they'll be gone, the old CLRVs won't necessarily be forgotten: A few have been saved and will be added to the collections of transit museums around Canada and the US, according to a TTC statement.

"When you see these street cars — they've been here for 40 years — you realize how important they are," says Bow, who's editor of Transit Toronto, a fan-run website dedicated to the history of public transit in the GTA.

"You realize a part of the city is passing." 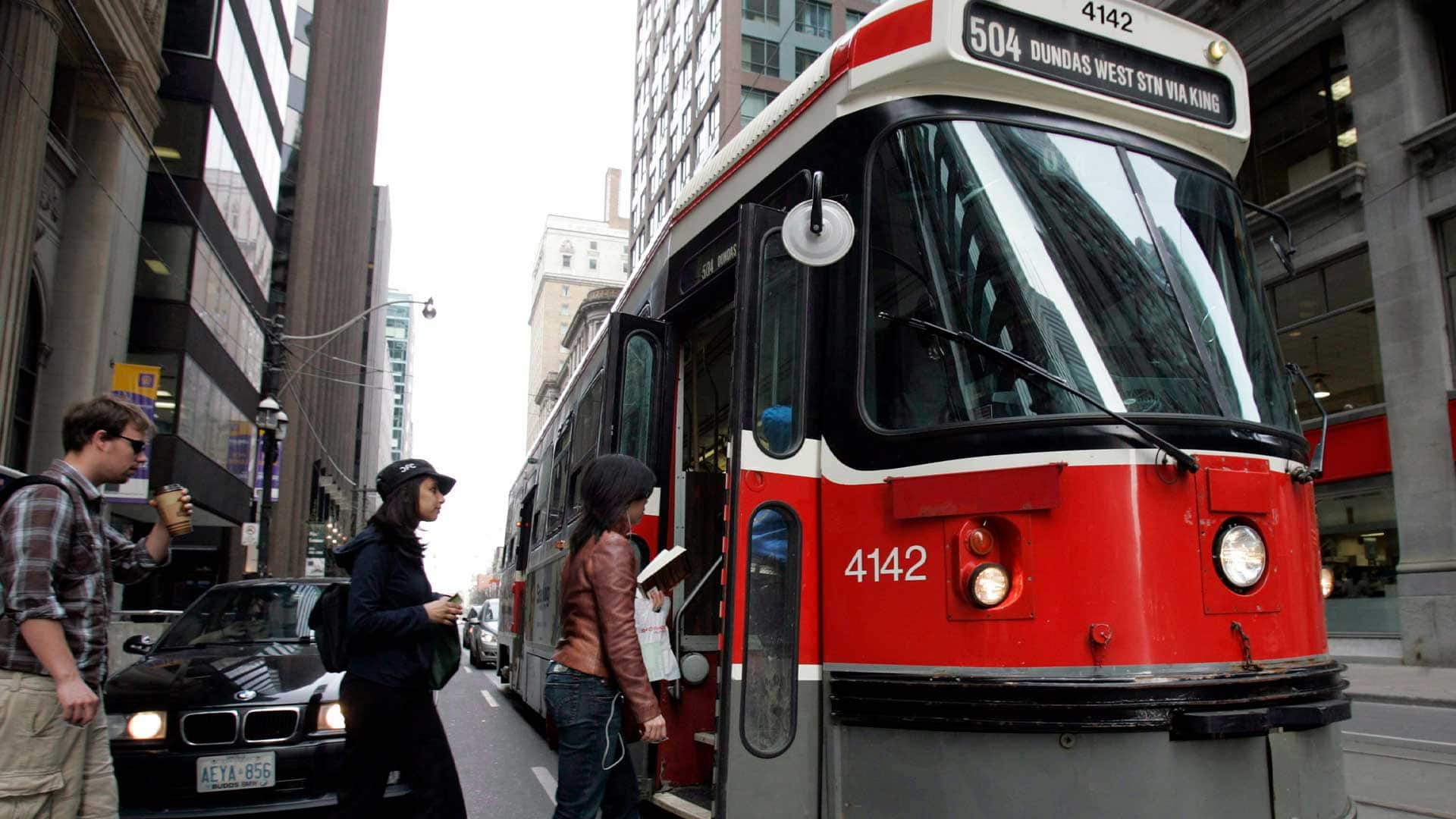 9 months ago
2:01
The last of the legacy red CLRV Toronto streetcars will give passengers their last ride after 42 years. The fleet is being replaced by low-floor streetcars that are able to hold more commuters. 2:01
CBC's Journalistic Standards and Practices|About CBC News
now