A new phase of the much-anticipated extension of Toronto's subway system into York Region is underway, with machines now digging the tunnels that will link two future stations. 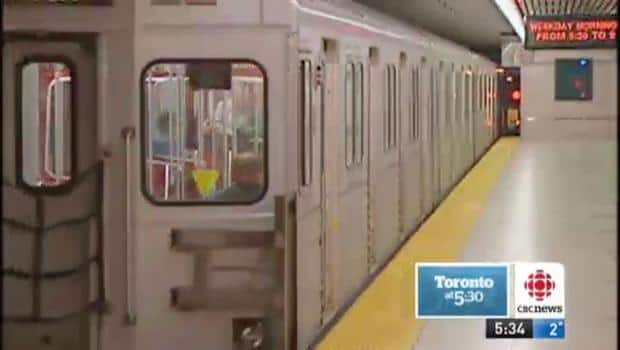 A new phase of the much-anticipated extension of Toronto's subway system into York Region is underway, with machines now digging the tunnels that will link two future stations.

The TTC intends to have completed extending the subway from the existing Downsview station to the Vaughan Metropolitan Centre at Highway 7, by the fall of 2016.

Andy Byford, the TTC's chief executive officer, believes the extension project is on track and will be completed on schedule.

"I'm determined to keep to that deadline," he said.

The extension will add six new stations and extend the subway system by 8.6 kilometres.

In the latest phase of construction, two tunnel-boring machines known as "Yorkie" and "Torkie" are digging the twin tunnels that will one day take subway passengers from the Steeles West station site to the future Highway 407 station.

Stintz said that expanding the subway into York Region was a sign that it was becoming a "truly regional system," as well as the first time that it will explicitly serve non-Toronto stations.

"Most significantly and importantly, it is the first time that the TTC will cross into another municipal boundary," Stintz said Wednesday.

The hope is that the expansion project will help reduce congestion issues, by eliminating an estimated 30 million car trips each year.

The province is kicking in $870 million for the extension project, while the federal government is committed nearly $700 million. The City of Toronto is contributing another $526 million and the Regional Municipality of York $352 million.

The premier said that when she was growing up north of Toronto, there was little talk about transit and what it can do for people.

But times have changed, with the public now realizing the importance of transit in their lives.

With a report from the CBC's Aarti Pole