The federal government will contribute $20 million for a new centre being billed as an international hub for stem-cell therapy in Toronto, Prime Minister Justin Trudeau announced today. 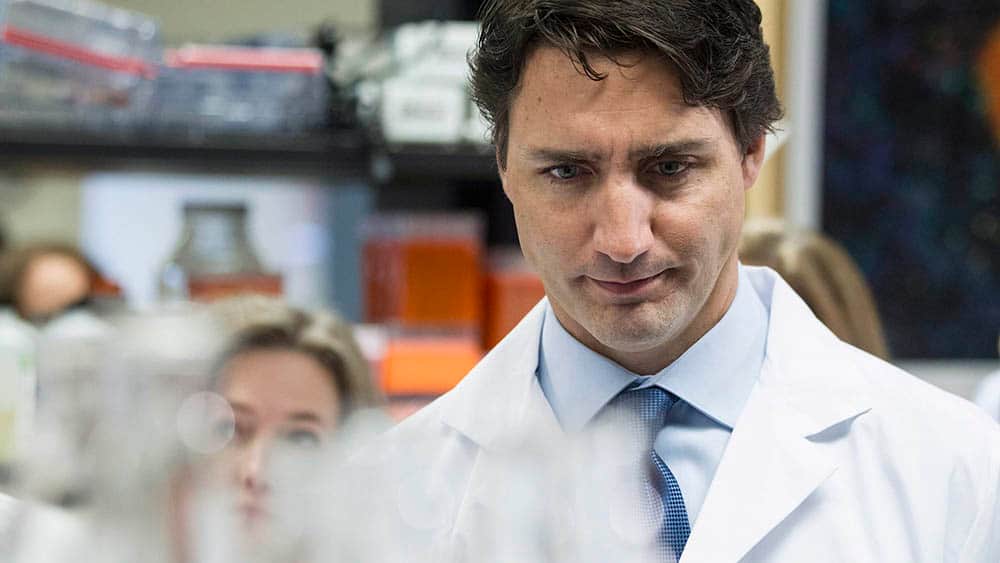 5 years agoVideo
2:12
Prime Minister Justin Trudeau announces new funding to help with the development and adoption of cell technologies to deal with things such as stem cell transplants. 2:12

The federal government will provide $20 million to the Centre for Commercialization of Regenerative Medicine to help
establish a stem-cell therapy development facility in Toronto.

The Centre for Advanced Therapeutic Cell Technologies will be the first such facility in the world to use a collaborative approach between research institutions and industry to solve cell therapy manufacturing challenges, the government said.

"Regenerative medicine is the future and not only is it the future, it's a branch of medicine that Canada and the province of Ontario are actually quite good at," said Prime Minister Justin Trudeau. "The medical advances and innovations happening right here in Toronto are world class."

Trudeau made the announcement this morning on an empty floor of the MaRS tower in downtown Toronto, designed for medical and research labs, where the stem cell facility will be located.

The MaRS tower has been a source of controversy for the provincial Liberal government.

The province loaned MaRS $225 million for its second officer tower, then later provided an $86-million line of credit to help attract tenants, and spent $65 million buying out an American real estate company's interest in the project.

The opposition has been critical of the provincial Liberals for granting the loan without a proper business case.

The MaRS tower once sat nearly empty, with high rents demanded by the U.S. real estate company, but now a spokeswoman for the minister of infrastructure says MaRS has leased 84 per cent of the available space.

Ontario provided seed funding for the Centre for the Commercialization of Regenerative Medicine.

The stem cell facility has a total cost of $43.8 million, with funding also coming from GE Healthcare. The federal money will be provided once certain terms and conditions are met, the government said.

That money will be used to "support improvements to the new facility and the purchase of specialized equipment."

Trudeau is on a quick trip to Toronto that includes a meeting with Mayor John Tory.