Trucks fitted with new guard could save cyclists' lives

A GTA concrete company is taking an unusual step to protect cyclists and pedestrians who may come into contact with their trucks on the road.

Innocon has installed The Guardian on 30 trucks so far 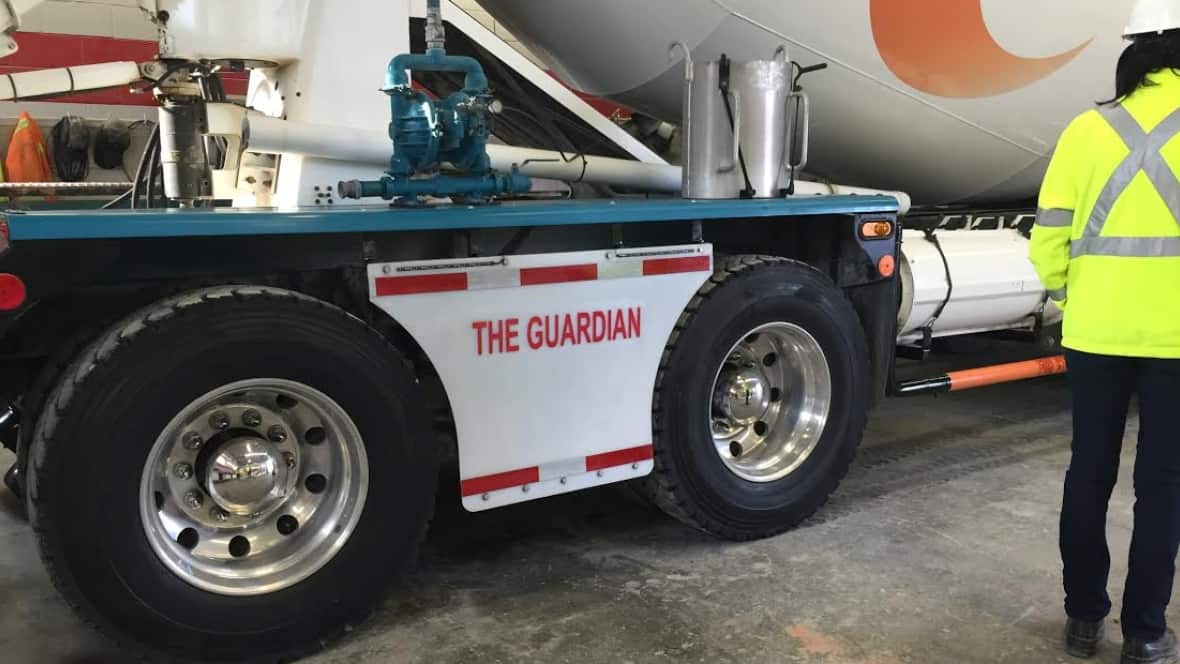 A ‘Guardian’ for cyclists

6 years agoVideo
2:15
A Toronto concrete company unveiled ‘The Guardian,’ a truck-mounted device that aims to keep cyclists and pedestrians safe 2:15

A GTA concrete company is taking an unusual step to protect cyclists and pedestrians who may come into contact with their trucks on the road.

Innocon has designed a thick nylon panel called 'The Guardian' that sits between the rear wheels of each truck. Paired with a metal bar that runs from the first rear wheel to the front wheel, the panel and bar are intended to prevent cyclists or pedestrians from getting trapped underneath the truck.

Mike Perry has driven big rigs for more than 30 years, and he told CBC News that every driver has their fair share of close calls on the road, especially when cyclists try to pass along the right side of turning trucks.

"The turns are wide and they'll try to sneak down the right side if you have to pause during your turn," he said. "The Guardian and the lights on The Guardian has certainly cut down on that."

Innocon's fleet manager Andy Ludwik designed the new side guards, which cost about $1,100 to install on each truck.

"When you're riding a bike, you're 36 inches off the ground. So if they fall over, their body is going to hit that panel and it's rigid enough to basically bounce them back," he said.

The company has installed The Guardian on 30 trucks so far, and hope to have it on every truck in their fleet in the coming months.

Ludwik said he hopes other companies will follow suit to help make roads safer for everyone.

Jared Kolb, executive director of the group Cycle Toronto, said that "to see a company come forward to equip their trucks with side guards is a fantastic step forward and shows that industry can lead on this issue."

He points out, however, that the province has not protected cyclists with new laws that would force trucking companies to outfit their rigs with the potentially life-saving guards.

According to Kolb, "the best thing that could come" of company's like Innocon moving forward with installing the guards is to force the province to enact legislation making it mandatory under the law.