Truckers delivering essential goods during the COVID-19 pandemic are facing a "dehumanizing" struggle to find open washrooms, one that could lead to health concerns down the road, according to a national agency that represents women drivers.

Lack of access 'so wrong on so many levels,' trucking federation CEO says 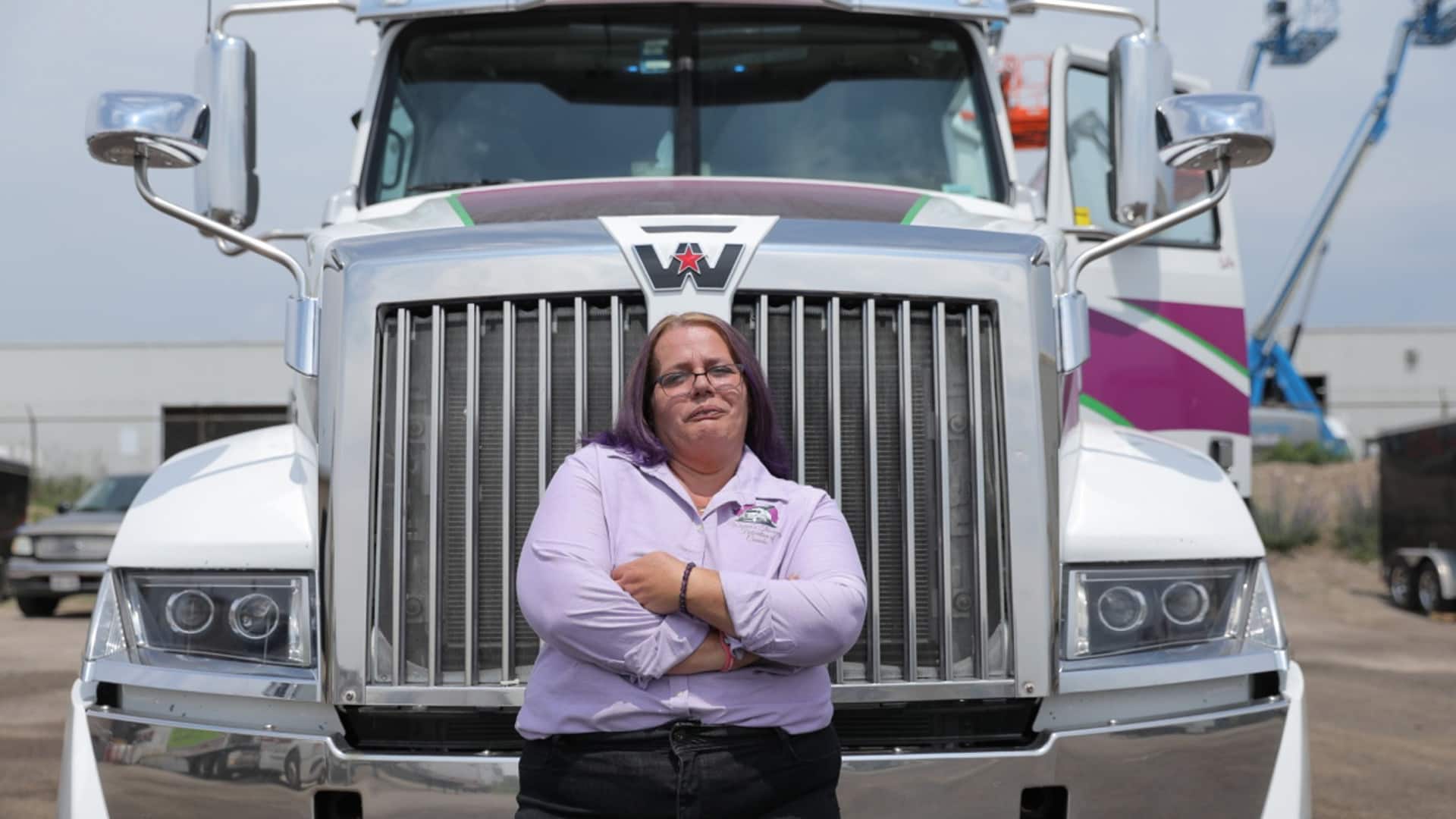 1 month ago
2:18
Truckers delivering essential goods during the pandemic are facing a "dehumanizing" struggle to find open washrooms, one that could lead to health concerns, according to a national agency that represents women drivers. Dalia Ashry has the details. 2:18

Truckers delivering essential goods during the COVID-19 pandemic are facing a "dehumanizing" struggle to find open washrooms, one that could lead to health concerns down the road, according to a national agency that represents women drivers.

Many chain restaurants and local businesses that remain open have restricted public access to their facilities, which means truckers working 12-hour shifts may end up not using a restroom all day.

Shelley Uvanile-Hesch, CEO of the Women's Trucking Federation of Canada, is now pushing businesses to open their facilities and for carriers to stand up for their drivers.

One female truck driver, she said, told her how she'd been unloading at a facility for six hours without being allowed to use the facilities — and when she asked a third time, was given a roll of toilet paper and told to go behind the building.

"This is very dehumanizing. It is so wrong on so many levels," Uvanile-Hesch said.

"Drivers are human beings, we're not dogs. We don't go outside. We deserve to be able to go into a washroom like everybody else."

Truckers experienced this heavily during the pandemic's first wave, Uvanile-Hesch said, and now they're going through it again.

She said not having bathroom access could lead to long-term health effects like kidney disease and kidney stones.

"Imagine being a city driver in the [Greater Toronto Area] and you're making your deliveries and you work a 13-hour day — and there's no place for you to go to the washroom," she said.

Drivers and carries have worked hard to keep goods moving throughout the pandemic and it is unacceptable that some of them have been denied washroom access.<br><br>I'm calling on businesses to step up and support our truck drivers. <a href="https://t.co/97KLLWoENb">https://t.co/97KLLWoENb</a>

In a statement Saturday, Natasha Tremblay, a spokesperson for Ontario's Minister of Transportation Caroline Mulroney, called it "unacceptable" that drivers have been denied access to public restrooms and urged businesses to "step up and support" them.

"Our government is committed to supporting the trucking industry. Truck drivers and commercial carriers have worked hard to keep goods moving for the people of Ontario and it is unacceptable that some of them have been denied washroom access," Tremblay said.

There are currently 50 truck stops with bathrooms open on the province's highway network, Tremblay said. The province also plans to keep 18 seasonal rest area locations open, along with 31 truck inspection stations and one tourist information centre.

The sites are in addition to the province's 23 On Route service centres, she said.

'Have some compassion for us'

While drivers are used to going a long time without washrooms — especially on trips through northern Ontario — designated spaces must be created during the pandemic, said truck driver Brigitte Belton.

Belton, who's been driving a transport truck for the past six years, said she spends between 11 and 14 hours on the road each day — and it could be tough to continue on if businesses that are open keep refusing bathroom access.

Even finding a bite to eat is difficult, she said, with many eateries closing as early as 8 p.m. — and that can be grueling for drivers who work long shifts that end late in the night.

"Basically anywhere you go and pick up or deliver, they're refusing you," she said.

In many ways, truckers are keeping the economy moving, Uvanile-Hesch said, and at some point the drivers may say "enough is enough."

"What are you going to do when you go to your store and the shelves are starting to be empty? Because within three days, that's all it would take if these trucks stopped moving."

With files from Dalia Ashry and Radio-Canada