Harrison Browne, a professional hockey player who once represented Canada on the international stage, has taken the bold step to change his name and listed gender in the league he plays for. 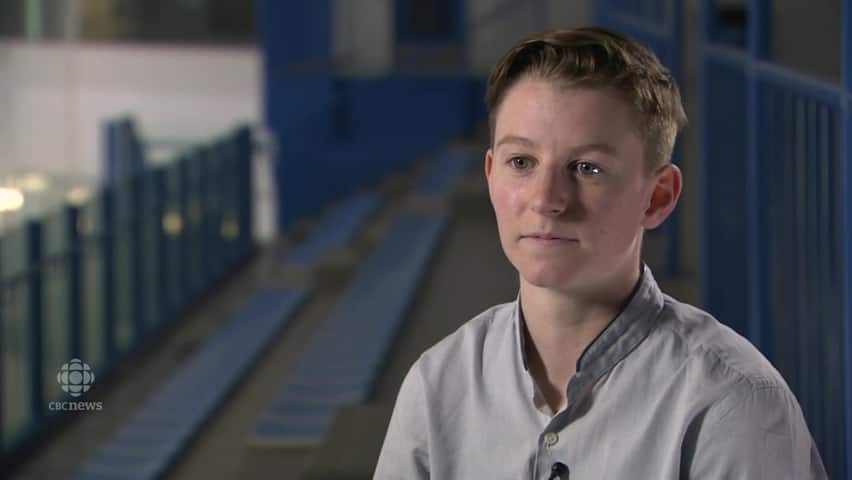 Harrison Browne remembers all those goals he scored for his team that felt triumphant — until the announcer called his name.

Then it just didn't feel right.

Browne was identifying less and less with his birth name and female gender, even though he was playing professional hockey in the National Women's Hockey League (NWHL).

"I just had this double life going on and I just kind of got sick of it," Browne told CBC News.

So in advance of this season, the 23-year-old forward with the Buffalo Beauts made a request to officially change his name with the league.

Browne is believed to be the first pro athlete in North America who has come out as transgender and is still competing. His move has made headlines in Canada and the United States in recent weeks, as news of the transition spreads through the four-team league and other hockey circles.

So far, the five-foot-four-inch forward from Oakville, Ont., who played for the Canadian under-18 team in international competition in 2011, hasn't gone further to alter his gender, though he plans to look into options such as hormone treatments once his hockey career is finished.

"I didn't feel myself at all when I would be announced as Hailey or they'd be saying 'she' had a good game, 'she' scored this many goals," Browne said of his birth name.

"I didn't feel connected to that at all."

Most of the time he feels publicly identifying as male is enough, though there are still tinges of discomfort:

'I don't think I'm in the right body'

Browne went to an all-girls school in elementary school, but his gender identity questions started later, as a 14-year-old.

"I used to say, I don't think I'm in the right body," he recalled before one on-ice practice. "People would say, 'You're just gay,' and I thought, 'I don't think that's what it is.'"

And so Browne started telling people to address him as male.

He told his teammates on the University of Maine team back in his second year and began coming out to some family members at the same time.

He first told his parents two years ago and it's still a work in progress.

"My family's coming around, it's an adjustment period," he said. "You obviously never want your kid to go through a hard life and this is not the easiest route that you could possibly go."

With Buffalo, his teammates have been using "he" or "him" to describe Browne from the start of last season. 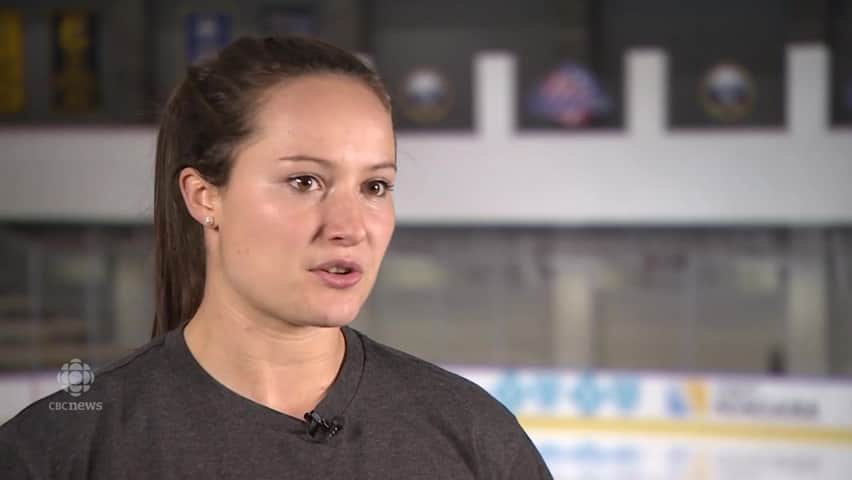 Harrison Browne's roommates describe him as a leader

4 years agoVideo
0:35
Harrison Browne's roommates describe him as hardworking, role model and a leader in the transgender community. 0:35

"He just told me in passing pretty much," said the Whitby, Ont., native, who'd had a transgender friend before. "It wasn't any surprise to me. It was just, like, 'OK, cool.'"

This season, the two are roommates, along with one other Beauts player.

For Skeats, the significance of Browne's public coming out hit home during the team's first game of the season.

In the third period, the Beauts were down 4-0 and playing short-handed. Then Browne stole the puck. He sped forward on a breakaway, deked the goalie and tapped the puck into the net.

Browne pumped his arms, celebrating the team's first goal of the season. Then came the announcer's voice: "Harrison Browne!"

That's when it set in for Skeats.

"I was just so happy and I could tell by the crowd, they were all roaring really loudly for him," Skeats said.

"I just can't even imagine … when the name that you actually want to be called is called."

Browne first approached the league about a name and gender change in the summer. Later, Buffalo Beauts coach and general manager Ric Seiling got involved to help.

How hard was it for Seiling, a 57-year-old former NHLer, to work out a deal with the league? "We probably had it done in five minutes," he said, shrugging. 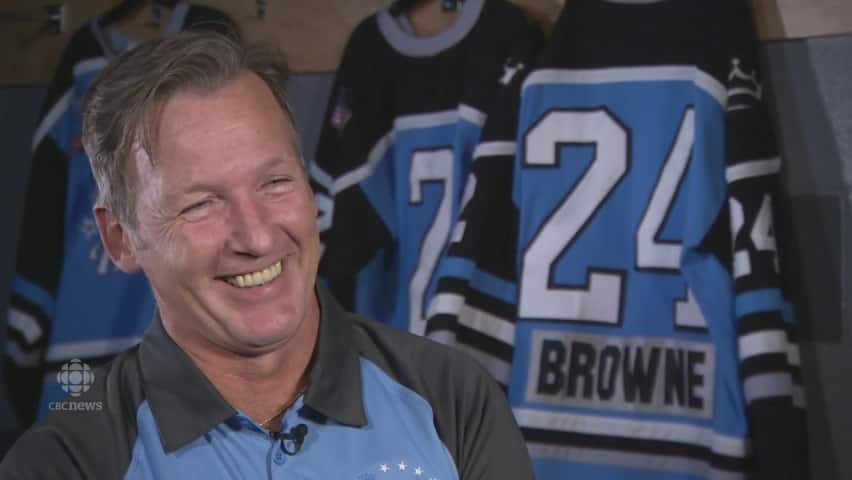 The NWHL is now working on an official transgender policy with You Can Play, an organization focused on ensuring LGBT inclusion in sports

It's Brownie on the bench

Only Seiling will use Harrison.

"I always call him Brownie, unless I'm upset with Brownie, then it becomes Harrison," he said. "And at the start of each game now, I say, 'Don't make me call you Harrison on the bench.'"

Browne said he is gratified by the hundreds of messages he's received since the news broke. Almost all of it has been supportive and some messages have come from young people who call him an inspiration.

It's not just the younger generation, though. Browne's own grandmother only found out through reading a news article. Her response, he remembered: "'I support you. I'm happy I have a grandson.'"

Browne would like to make his name change official by changing his passport and driver's licence. But hockey comes first. He doesn't want to risk his visa status or cause problems at the border during his frequent trips between Buffalo and Oakville.

Browne's focus on hockey is also obvious when asked about his future. Browne's answer has nothing to do with his gender: he wants to win a championship with Buffalo.