Despite convictions for assault, drunk driving only 7 Toronto cops fired at discipline tribunal over 10 years

A quarter of the disciplinary hearings held for Toronto police officers in the last decade involved an officer who was guilty of a crime like impaired driving, assault or possession of prohibited firearms, a CBC News investigation found.

In the last decade, 66 Toronto police officers appeared before tribunal after being convicted of a crime

A quarter of the disciplinary hearings held for Toronto police officers in the last decade involved an officer who was guilty of crimes including impaired driving, assault or possession of prohibited firearms, a CBC News investigation has found.

Nearly all of the police officers disciplined in those cases kept their jobs despite convictions for crimes such as impaired driving with twice the legal blood alcohol limit — or assaulting handcuffed suspects or their own spouses.

CBC News analyzed all 259 Toronto police disciplinary tribunal decisions from 2010 through mid-June of this year to examine the kinds of alleged misconduct that end up at the tribunal and the penalties officers face as a result.

In the last decade, 66 Toronto police officers appeared before the tribunal after being convicted of a crime. Of those, three officers were fired through the tribunal. Two of those three officers had more than one previous conviction for misconduct under the Police Services Act, provincial legislation governing police behaviour.

Alok Mukherjee found those outcomes "extremely frustrating" when he was chair of the Toronto police services board from 2005 to 2015.

"We have police officers continuing to be employed when they have been convicted of serious matters," said Mukherjee. "There is no question that police officers must be held to a higher standard." 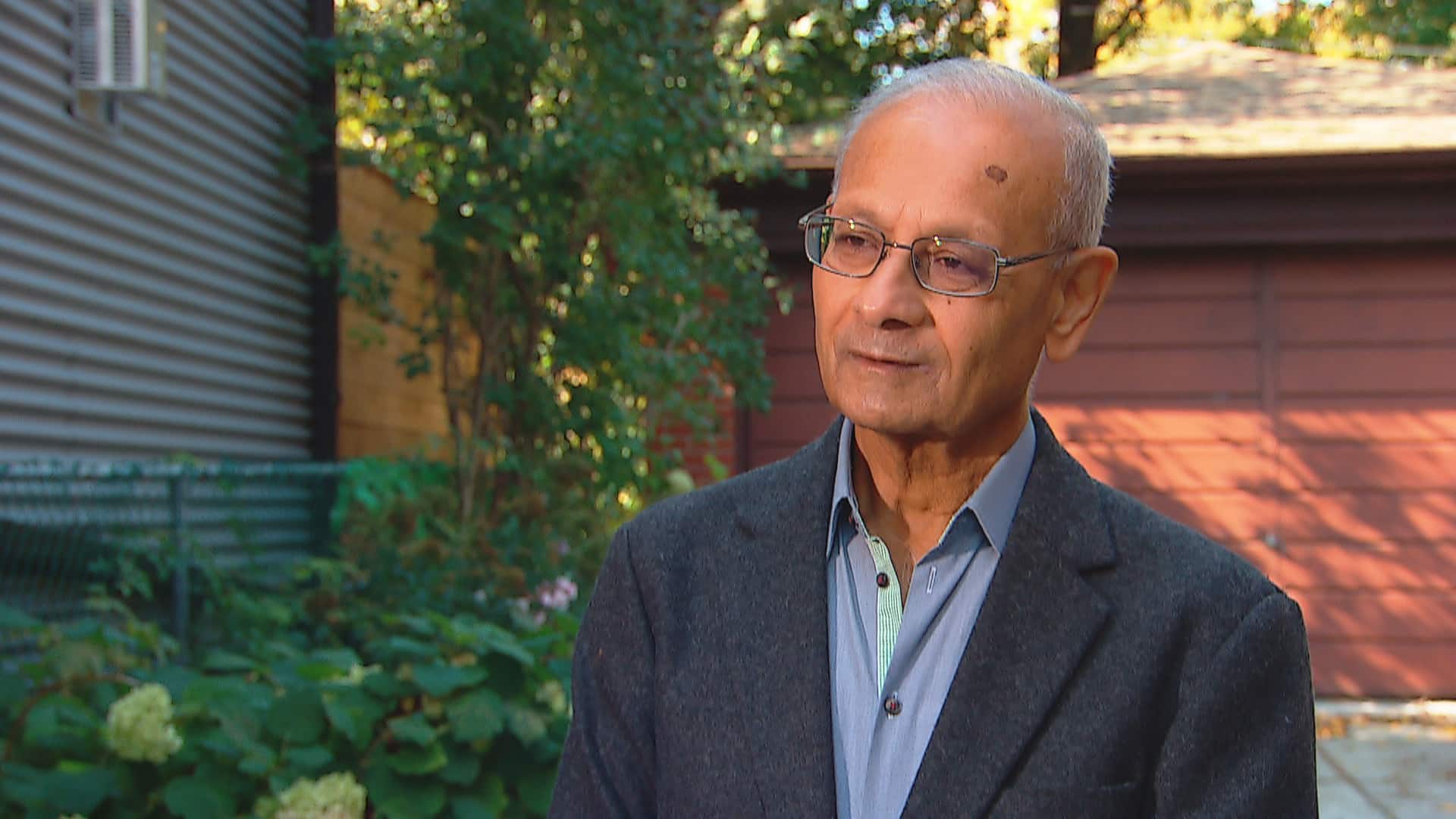 1 month agoVideo
1:45
Former chair of Toronto police service board, Alok Mukherjee, explains how Ontario legislation only allows for officers to be fired in a narrow set of circumstances. 1:45

The provincially legislated system for holding cops accountable in Ontario makes it nearly impossible for police services to fire members who've been convicted of a crime unless the officer is sentenced to jail time or has a significant history of misconduct, the CBC News review found.

"We need to do away with this old system of disciplining police officers," said Mukherjee. "The whole section in the police act that deals with officers conduct is crying for a real serious review."

Of the 63 officers who were convicted of crimes and not fired following their hearings, punishments ranged from forfeiting days or weeks off to a temporary demotion.

While those demotions can last months or even years, civilians can feel the effects of a criminal record for much longer.

For a Toronto man named King, it took two years and countless hours of volunteer work to find a job after he was convicted of assaulting a police officer and a firearms charge in 2010. CBC News agreed not to use King's full name due to personal safety concerns he has tied to his past.

"It hasn't been an easy road," he said. "When you do have a criminal record you know that's all people see when they see you."

The electrical apprentice and musician said it's upsetting, but not necessarily surprising, to hear most police officers kept their jobs after their own criminal convictions in the last decade. 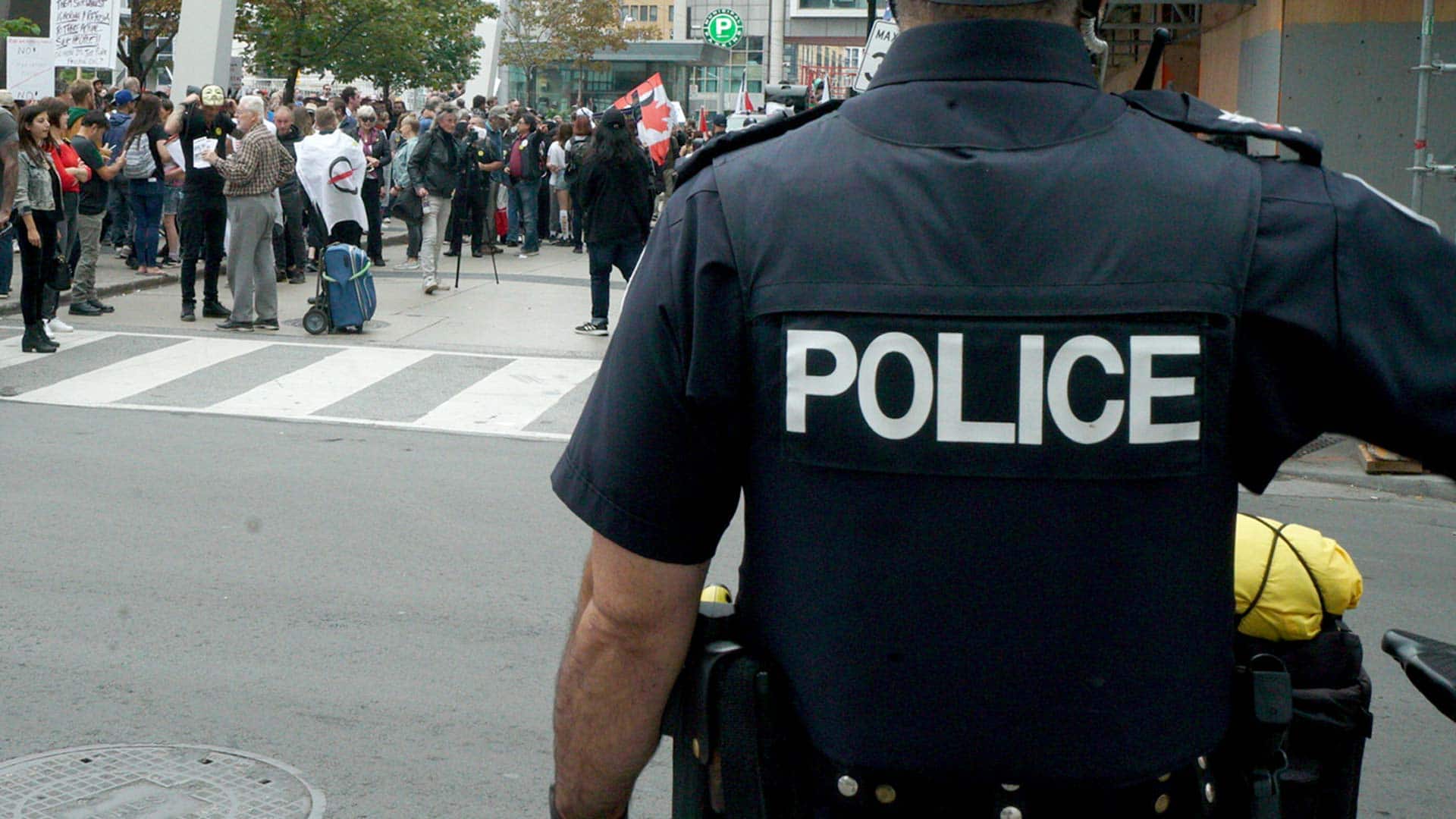 1 month agoVideo
1:59
A CBC News investigation has found it’s rare for Toronto police officers to be fired or forced to resign after being convicted of a crime. A former chair of the Toronto Police Services Board blames Ontario's Police Services Act for making it difficult to dismiss officers. 1:59

"You've got to understand the whole system is tainted in [the police's] favour," he said. "You can't get mad at a system that polices itself, like hey it sucks, but that's on the policymaker."

CBC News made multiple requests for an interview with Toronto's interim police chief James Ramer for this story, but a spokesperson said he was unavailable and provided a statement instead.

In the statement, spokesperson Connie Osborne said police could not verify CBC's interpretation of 10 years of data in the four-day time frame provided.

"Most of [the] answers to the questions raised are found in the Police Services Act (PSA), which is provincial legislation the Service is bound by legally with regard to disciplinary matters," said Osborne.

The police statement goes on to say that "disciplinary action is vital in correcting unacceptable behaviour, deterring others from similar behaviour and, most importantly, maintaining public trust."

But for one police oversight expert, an officer keeping their job after a criminal conviction is always concerning because of how it affects public perception.

"It doesn't instill that public confidence, or trust, that people would expect in the system," said Erick Laming, a University of Toronto PhD candidate in criminology.

At the same time, Laming argues every case is different.

"We put a lot of money, we put a lot of investment into police training and into making sure we have proper officers out there," he told CBC News. "So if an officer does something — imposes poor judgment — one time perhaps we shouldn't just dismiss them."

Police punishments have become harsher for some crimes

Of the 22 disciplinary hearings that concerned criminal assault charges, a dozen dealt with domestic violence, ranging from a police officer throwing an ashtray at his spouse to an officer punching his spouse in the head repeatedly.

For these off-duty domestic assaults, officers forfeited between 10-20 days off, except in two cases where the officer had previous PSA convictions and received a temporary demotion.

Mukherjee said that discipline is actually more severe today than the "slap on the wrist" it used to be because of advocacy from the police services board.

"It took years of argument and discussion for domestic violence to be communicated as a zero tolerance issue to police officers," Mukherjee told CBC News.

"The board's argument was if this officer behaves this way at home, how can they treat victims of domestic violence fairly in the community?"

The board doesn't have jurisdiction over what happens at disciplinary hearing tribunals. That power lies with the police chief who designates a senior officer to act as an adjudicator called a hearing officer.

If the Ontario government doesn't change the disciplinary system, Mukherjee argues "hearing officers should push the bar and not blindly follow precedents and case law."

A decade of disciplinary decisions show that hearing officers have pushed that bar when it comes to the most common kind of misconduct — impaired driving.

Tougher new penalties for impaired driving are among the harshest punishments doled out by the tribunal over a decade in which only eight of the 259 decisions rendered, or three per cent, ordered the dismissal of the police officer. Two of those decisions impacted the same officer.

In a statement, the interim president of the Toronto Police Association told CBC News that police are disciplined for "a wide range of misconduct."

"Even those convicted of a criminal offence could represent a lapse in judgment or even a medical disability and not necessarily warrant dismissal," said Brian Callanan.

And in most cases lapses in judgment didn't lead to dismissal.

Hearing officers at the tribunal rely on a precedent which developed a "usefulness test" to determine whether dismissal is warranted.

The test measures usefulness based on the nature and seriousness of the officer's misconduct, the ability to reform the officer and the damage to the reputation of the police service if the officer keeps their job.

In one case, a constable was making his fourth appearance before the tribunal in three years when it was determined the officer was no longer useful after assaulting a handcuffed suspect.

TOMORROW: A look at how many public complaints about Toronto police and officers charged by the Special Investigations Unit (SIU) ever end up in front of the disciplinary tribunal.