Toronto police Chief Bill Blair retires from the force Saturday, leaving behind a legacy marked by ups and downs. 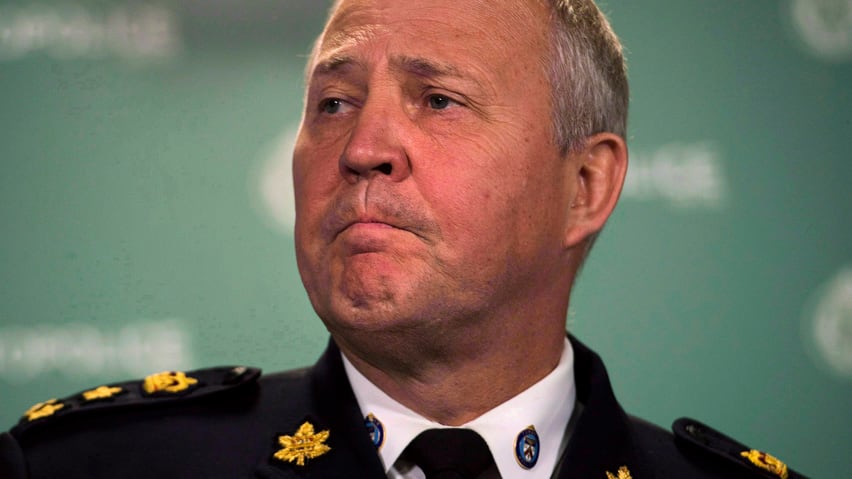 6 years ago
1:49
After a decade, Bill Blair retires as chief of the Toronto Police Service on Saturday 1:49

Toronto police Chief Bill Blair retires from the force Saturday, leaving behind a legacy marked by ups and downs.

Blair, who was honoured at a gala dinner earlier this week, started his career working as a beat cop in Regent Park. Early on, Blair recalled working alongside his father, who was a "gentle and kind" officer who called everyone "Friendly."

"That's the kind of cop I want to be," Blair said.

After serving a decade as chief, Blair will be remembered for a lot more than his early foot patrols.

Blair was the first chief to march in the city's pride parade, something that's now expected of city leaders. But he was also in charge during the G20 Summit, when Torontonians witnessed the largest mass arrest in Canada's history.

He won praise for his community task forces, which spread across the city in the wake of 2005's deadly "summer of the gun." But the final months of Blair's tenure were mired in fierce complaints about the police practice of carding, which many have called discriminatory.

Coun. Norm Kelly, who was deputy mayor while Blair was in the news for sparring with Rob and Doug Ford after the discovery of the former mayor's infamous "crack video," said Blair will be known for delivering "solid policing … but it wasn't without bumps."

"He had the ability to spot issues, define them and communicate his thoughts on them," said Kelly.

Lawyer Julian Falconer, who represented several clients who went up against the Toronto Police Service, told CBC Radio's Metro Morning the outgoing chief was by far "the most sophisticated, articulate chief of police that I ever dealt with."

Falconer said it wouldn't be fair to a "complex person and a leader" like Blair to sum up his legacy in one or two words, or to tie it to a single event, but he said having a talented, energetic leader like Blair made police oversight even more crucial.

'The police have a tough job to do'

It was clear from the beginning — including in this archival tape replayed by Metro Morning — that Blair was intent on getting action and that he wouldn't apologize for police. "The police have a tough job to do," he said in the recorded community meeting.

At the gala, Toronto Mayor John Tory and Ontario Premier Kathleen Wynne both praised Blair for the work he's done. Police leaders from across the country and from the United States and Europe also turned up to show their support for Blair.

Jeffers said the carding issue looms large over Blair's career, and it will be something inherited by Mark Saunders, Blair's successor.

"I know a number of young people who would like to talk to him and suggest to him about the best ways of policing," Jeffers said.

However, he also remembers Blair from his time in 51 Division, where his star shone brightest.