A switch to private garbage pickup in an area west of Yonge Street has saved the city $11.9 million, according to a new staff report. 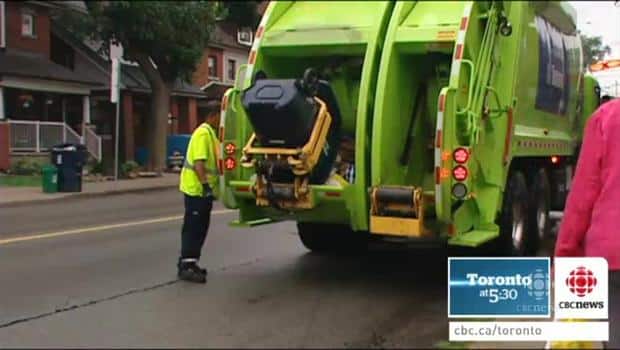 A switch to private garbage pickup in an area west of Yonge Street has saved the city $11.9 million, according to a new staff report.

"The bold step that the council took in 2011 to move the partial privatization forward has worked beyond expectations," Coun. Denzil Minnan-Wong, the chair of the city’s public works and infrastructure committee, told reporters on Monday.

Minnan-Wong said the city had previously been confident that it would save money by moving to private garbage pickup.

Instead, the concern was whether the eventual contractor could provide the same level of service.

The same report said Green for Life, the contractor that now handles garbage collection west of Yonge Sreet, responded to 98 per cent of customer complaints within a set timeframe.

Minnan-Wong wants city staff to report back by the spring on the possibility of privatizing garbage pickup throughout the rest of Toronto.

Mayor Rob Ford said Monday that he believes this step is inevitable.

“I have seen this in Etobicoke for years, I am glad that half the city is seeing it. The rest of the city will be seeing it shortly,” Ford said.

The union representing the city’s garbage collectors believes the reported savings are "inflated" and that Green for Life hasn’t lived up to all aspects of its contract.

The city’s auditor is also taking a look at the numbers, but Minnan-Wong said he is confident the numbers are right.

Click on the video above to see a full report from the CBC’s Michelle Cheung.