More than two dozen medical specialists will soon travel from Canada to Ukraine to tend to people who have been hurt during anti-government protests and the ongoing conflict. 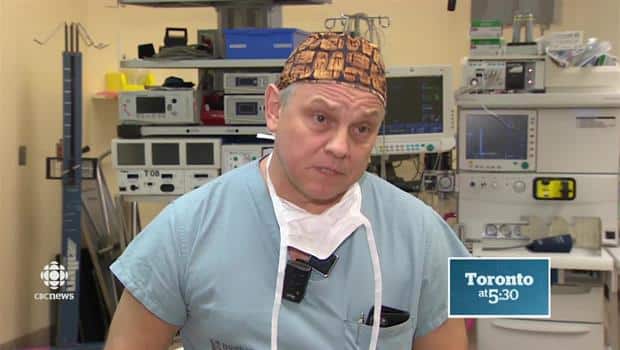 6 years agoVideo
2:04
A team of 25 medical specialists are heading to Ukraine to help people hurt in the conflict. 2:04

More than two dozen medical specialists will soon travel from Canada to Ukraine to tend to people who have been hurt during anti-government protests and the region's ongoing conflict.

Dr. Oleh Antonyshyn, a plastic surgeon from Toronto's Sunnybrook Health Sciences Centre is among those heading overseas to help.

"We have a mission that consists of 25 volunteer surgeons and anesthetists and nurses, they are all devoting their time to this," he said.

Antonyshyn said that some of the patients they'll be treating sustained injuries during demonstrations, while others have been hurt in ongoing conflicts in eastern Ukraine.

He said there an estimated 1,700 people who were hurt in demonstrations and some 9,000 more were injured in the conflicts that have followed.

"The life-saving surgery has been done but there are just not sufficient resources to address the post-traumatic issues," he said.

The Toronto doctor's parents came to Canada from Ukraine and he has felt a need to go there to help, which he has already done once this year.

Click on the video above to see a full report from the CBC's Lorenda Reddekopp.