Toronto has 3,682 cases of COVID-19 but the curve is flattening, the city's medical officer of health reported on Monday.

Toronto has 3,682 cases of COVID-19 but the curve of the outbreak is flattening, the city's medical officer of health reported on Monday.

A total of 181 people have died of the disease in Toronto, Dr. Eileen de Villa said during a news conference at city hall. A total of 204 people have recovered.

De Villa said 262 people are in hospital while 99 are in intensive care units.

The total number of cases means the city has 136 new cases since Sunday. Of the total, 3,343 are confirmed cases while 339 are classified as probable.

"We are seeing our curve flattening because you are washing your hands, you are staying home and you are keeping a safe distance from your friends, your families and other loved ones, as difficult as I know this is," de Villa said.

De Villa added that city residents need to stay the course as directed by Toronto Public Health (TPH), even if there is reason for cautious optimism. That means continuing to engage in physical distancing, she said.

"I do need to stress that the only way we will continue to be successful is if we continue to keep these measures in place for more time, and for everyone to continue to do their part by staying at home," she said,

'Our pandemic activity is slowing down'

De Villa said the rate at which COVID-19 cases are doubling has slowed over the past two weeks.

"This tells that our pandemic activity is slowing down and this is good news," she added. 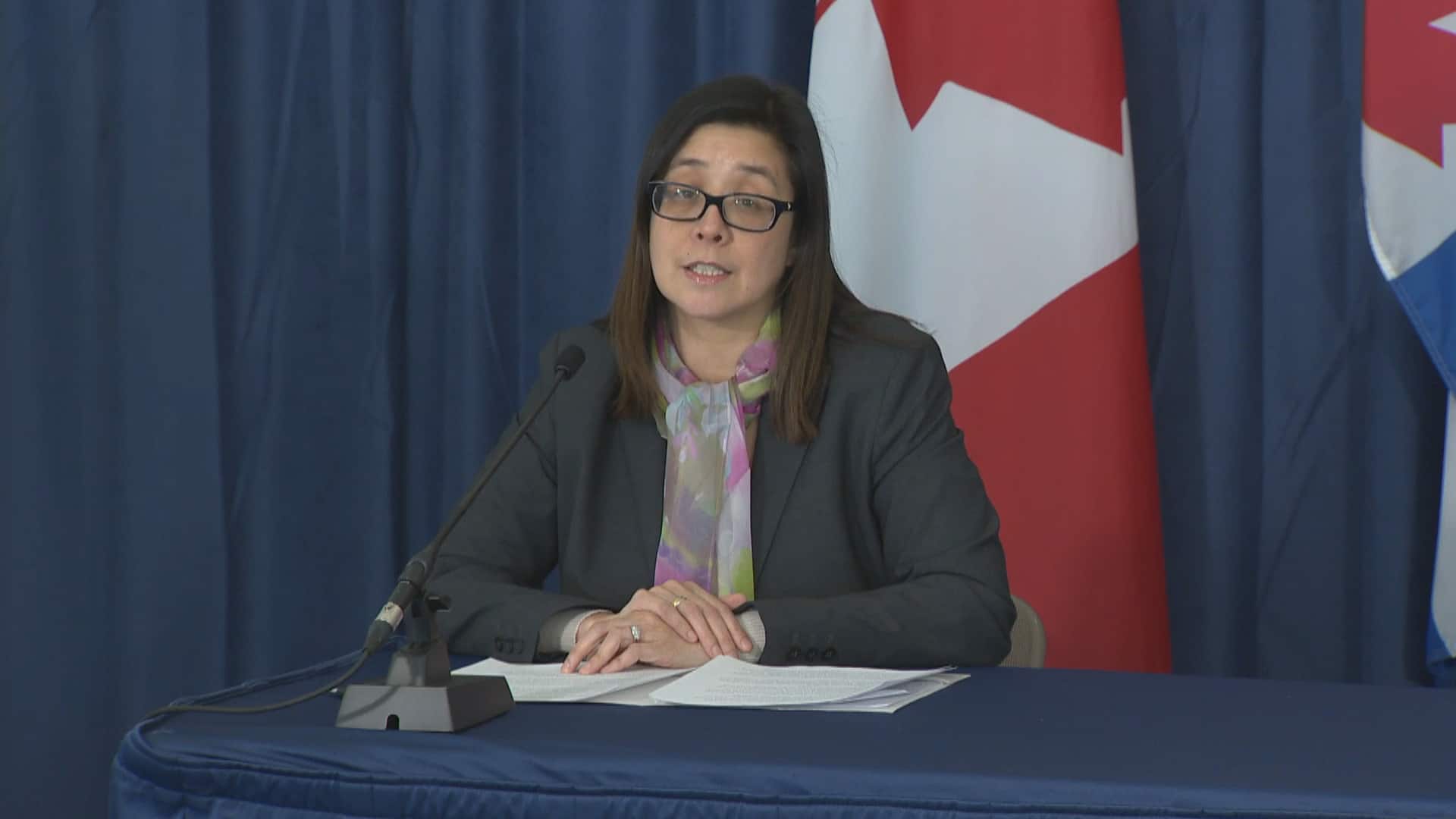 Dr. Eileen de Villa talks about the curve of pandemic activity in Toronto

9 months agoVideo
0:27
Dr. Eileen de Villa, the city's medical officer of health, tells reporters at a news conference that data helps Toronto Public Health understand what is happening in the city with the virus. 0:27

The city has not seen "dramatic surges" in hospitalizations as it had feared and the number of people newly admitted to hospital with the virus has begun to drop.

De Villa noted that the city is currently in its peak period of reported cases, according to data modelling.

The total number of cases in Toronto is expected to rise, however, because of recent provincial changes to testing guidelines.

"While this may be unsettling, it is not unexpected," de Villa said.

De Villa said there are two distinct outbreaks in Toronto, one in the broader city and the other in what she called "congregate settings."

Data about outbreaks in long-term care homes in Toronto will be posted every Monday, Wednesday and Friday, she added.

One facility where there is a significant outbreak in Toronto is the Willowdale Welcome Centre, a shelter for refugees in North York. De Villa said it has 74 positive cases of COVID-19.

On Friday and Saturday, North York General Hospital staff tested nearly everyone at Willowdale, according to Mary-Anne Bedard, general manager of the city's shelter, support and housing administration

Patricia Mueller, CEO of Homes First Society, which operates the centre, confirmed on the weekend that the testing took place.

In a news release on Monday, the city added: "While public health officials are optimistic about trends observed in cases of community spread and the success of public health measures, cases in congregate settings remain a concern.

"Increased COVID-19 testing in the province has confirmed vulnerabilities in many of our city's long-term care and retirement facilities."

TPH is continuing to work with long-term care homes and shelters for people experiencing homeless to deal with outbreaks, the release said.

Tory reported that the city has redeployed 500 city staff to areas where they are currently needed most, including long-term care homes, shelters and the 311 call centre.

"I'm extremely proud of how our workforce is stepping up during these extenuating circumstances now more than ever," Tory said.

For his part, Pegg reported that The Works, a supervised injection site at 277 Victoria St. near Yonge-Dundas Square, reopened on Saturday.

The update came after Toronto saluted its health-care workers on the front lines of the fight against COVID-19 on Sunday night. The salute took the form of a motorized parade along the city's hospital row along University Avenue.

There were drive-by events in front of several other hospitals in the city as well. Health-care workers, many still in scrubs, lined the sidewalks to accept the tribute.

It was a coordinated "Night to Salute Hospitals Across the City" organized by the Toronto Police Service.