Lunar New Year is often one of the busiest times for Asian communities.

But for Joe Tam and his family, the two months leading up to the big event includes non-stop work, seven days a week.

Tam is a chef and owner of Wai Tack Kee, a Scarborough manufacturing business that specializes in Lunar New Year snacks. It's a family affair at the company. His wife Alice Tam helps with packaging, while his daughter Audrey Tam helps with customer service and social media. Two other part-timers help with everything else.

"Chinese New Year for us, it's a busy day," Joe Tam said in an interview Tuesday with CBC's Metro Morning. 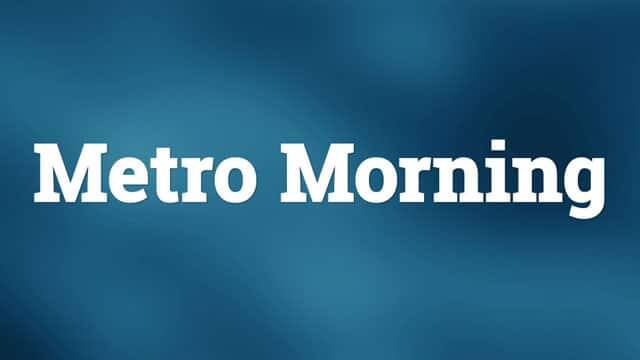 One of Wai Tack Kee's specialities includes their lotus blossom cookies, which are only available during the Lunar New Year season.

"For Chinese New Year, the tradition is to buy flowers the day before," said Audrey Tam.

She says if the flowers open up on Lunar New Year, "it means the money is coming in, things are opening up. It's a new year. And it really means good fortune."

Making the lotus blossoms can be a tricky task, however. Once the cookies are fried in oil, they are quickly propped open with a cup to resemble a blooming flower.

"Those flowers, you can't see it in other stores. It's hard to make it," Joe Tam said.

"The hardest part ... with our blossoms is we open it up. That's the most labour-intensive part," Audrey Tam added.

"Commonly, when you see this type of flower blossom cookie, they're not usually opened. But for Chinese New Year, we want to make sure we have large beautiful flowers so we do that extra step," she said.

Joe Tam opened Wai Tack Kee 17 years ago, five years after he moved to Canada in 2000.

In Hong Kong, he owned a restaurant and a bakery. Coming to Toronto, he decided to work for himself as he was not familiar with the restaurant industry in the city.

With the encouragement of his friends, he started specializing in traditional Chinese snacks because there was a need for them in the Greater Toronto Area.

Wai Tack Kee is named after his mother and brother as both helped inspire the business. Tam's mother taught him the recipes he uses for his snacks today. His brother encouraged and supported him in opening the business.

Now Tam's product line has grown to everything from amber walnuts to tofu crisps.

A taste of childhood

Audrey Tam says she started working with her father during the pandemic when Wai Tack Kee saw a drop in sales.

She now also manages the company's website and social media accounts to help connect with customers.

"Just working with my parents, it's really exciting because during the time leading up to Lunar New Year, it's so busy. Just giving that extra support, it just really brings our family together," she said.

Having spent a part of her childhood in Hong Kong, she says Lunar New Year is a particularly important time for her family.

"It was always a time where we could gather with friends and family. Celebrating in terms of eating traditional Chinese snacks, exchanging gifts and red pockets."

She says seeing her father making her favourite childhood snacks is exciting, because people in the community can now also enjoy them.

"We do get a lot of customer feedback saying, 'Thank you for reminding me of a piece of home.' Or, 'All of your snacks are very nostalgic to me.' Or it reminds them of their grandma or parents," she said.

"It really feels heartwarming when we hear things like that."