Think this is the side yard of a mansion? It's a vacant lot the city could auction off starting at $620K

It may look like the side yard of the pricey Forest Hill mansion beside it. But this is a separate lot that could go on the auction block so the city can recoup $620,000 in unpaid property taxes.

Nobody knows who owns the Forest Hill property, so the city might sell it to recoup unpaid taxes

The city has been trying to collect property taxes on a pricey lot in Forest Hill — one of its toniest neighbourhoods — for more than 20 years without success.

And city tax collectors appear to have finally run out of patience. Revenue Services director Casey Brendon told CBC Toronto this week it appears "very likely" that the property at 275 Forest Hill Rd. is headed for a municipal tax auction.

The problem? No one seems to know who, if anyone, owns the $3.5 million, 7,000-square-foot lot, which abuts the Kay Gardner Beltline Trail and a shaded, city-owned laneway.

No structure sits on the property, and according to a new city report, the last known owner was a company that went bankrupt in 1957.

"All attempts to collect [property taxes] have been unsuccessful and all correspondence has been returned by Canada Post," the report reads.

"On March 4, 2020 an owner/occupant letter was returned as undeliverable by Canada Post."

But at some point in the past, the orphaned lot appears to have been adopted as a side yard — manicured and gated-off, possibly by someone who owned the neighbouring property at 285 Forest Hill Rd. The fence surrounding that property now encompasses 275 Forest Hill Rd.

The cumulative tax bill now sits at about $620,000, giving it 15th place in the city's 2020 list of worst property-tax deadbeats, according to the report presented to the general government and licensing committee on Sept. 14.

The city began attempting to collect taxes in 1999, according to the report.

"The fact of the matter is, is that the city administers and oversees 850,000 properties, so almost a million properties in the City of Toronto," Brendon said.

"In this case, we would have been mailing notices; we would also have issued the account to a collection agency, a bailiff, to collect the arrears, and clearly they've been unsuccessful ... which basically leaves us with the sole option: if we're not getting paid, then the tax sale process is the next viable option to collect those arrears."

That process, Brendon said, starts with the city registering what's known as a "tax arrears certificate." That's the first step toward a city takeover of the property.

About a year after the certificate is issued, if the city cannot find a property's owner, the property is publicly auctioned at a minimum bid that's equal to the outstanding taxes and other costs incurred by the city.

"It has a last-estimated market value of almost three-and-a-half million dollars," Brendon said. "That's a substantial market value for a piece of what is essentially vacant property."

Until an owner can be established, Brendon said the property is under the guardianship of the province.

When, why or by whom the fences, hedges, walkways and gates were installed on the vacant lot is a mystery. But they appear to have been put there by someone who owned 285 Forest Hill Rd. A single decorative fence fronts both properties, and only residents of that property have access to vacant lot.

A title search indicates there have been three owners of 285 Forest Hill Rd. over the past 30 years.  CBC Toronto has attempted to contact the current owner. A man who identified himself as the property manager at that property said the owner would not be commenting.

Michael McDonald, a real estate lawyer with Aird and Berlis, said occasionally people will buy a home believing that it sits on a lot that's bigger, and in some cases smaller, than it really is.

He said in the past, long-vacant land could be annexed by neighbouring property owners in a legal manoeuvre known as adverse possession.

WATCH: The story behind this Forest Hill lot 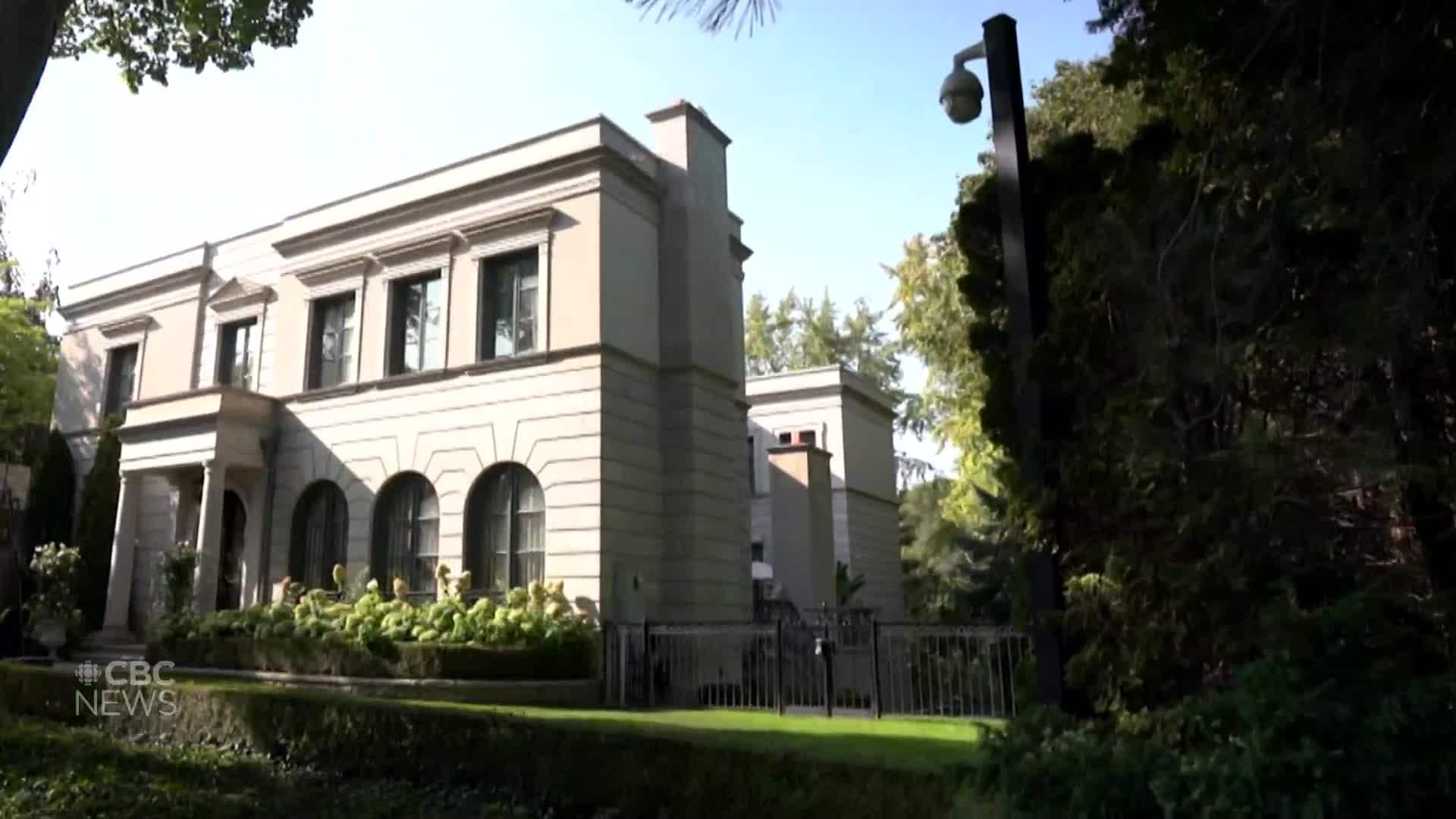 But in that case, the abutting land would be registered to the new owner, and 275 Forest Hill Rd. appears in title searches as an independent property, Brendon said.

In Ontario, long-abandoned properties eventually come under the guardianship of the province, Brendon said, but that does not preclude the city from auctioning off the property to collect back taxes.

"Sometimes  people cut corners; sometimes you don't have enough time to figure everything," he said. "Speak to your lawyer. Don't just look at Google maps and say 'That number is my house, that's what I'm getting. Because it might not be the case."

Michael Smee has worked in print, radio, TV and online journalism for many years. You can reach him at michael.smee@cbc.ca