These GTA-based groups are tackling domestic violence, one community initiative at a time

Ajoa Ayeko calls Shelter Movers her "saving grace" for coming to help her move out of her home and escape her abusive partner. The moving company is one of the many GTA-based organizations that offer specific services to combat domestic violence. 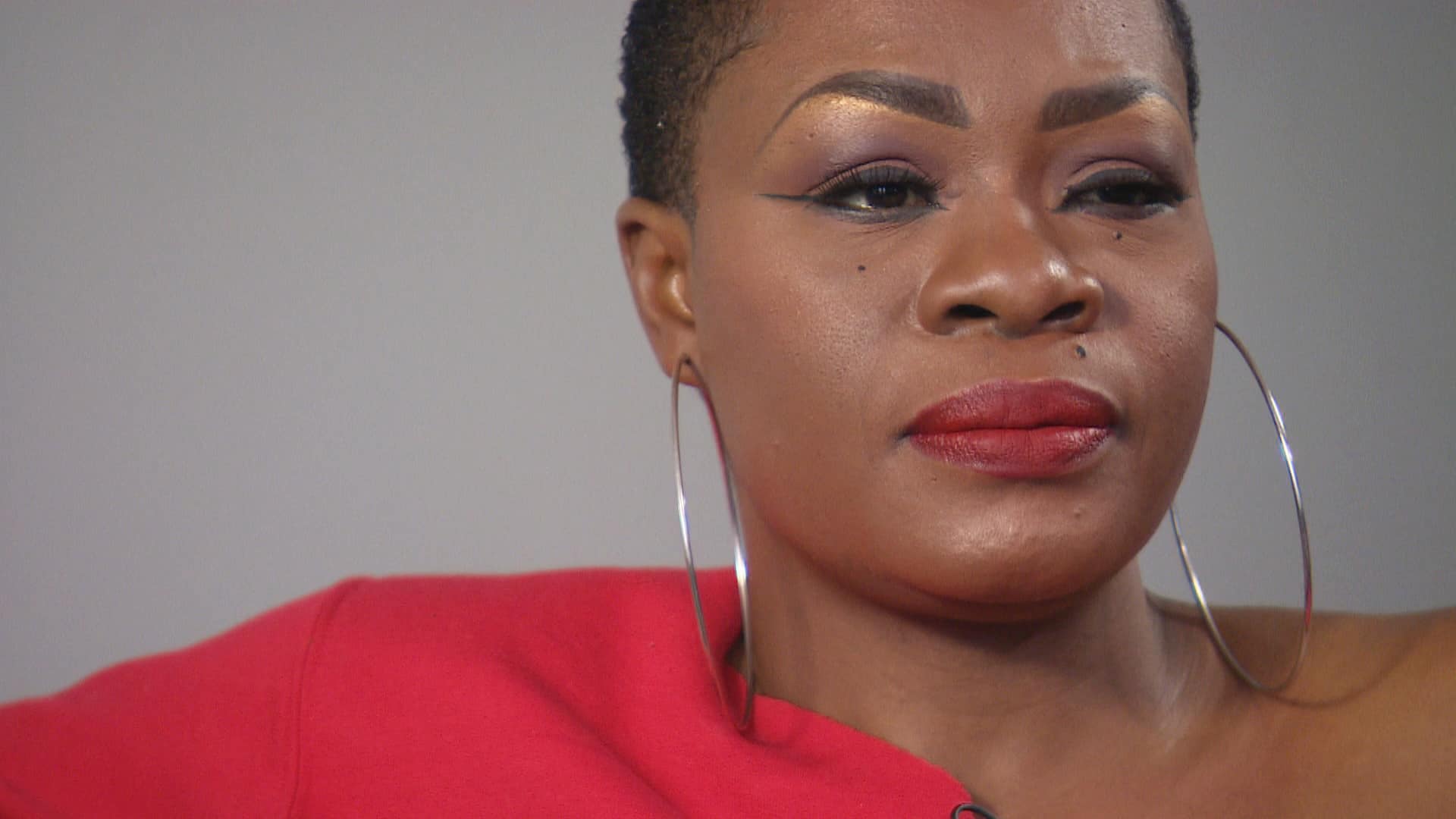 I am a survivor of domestic violence

11 months agoVideo
3:47
WARNING: This story contains graphic and disturbing content. Ajoa Ayeko says it took years of escalating violence to make the decision to leave her abusive partner and move out. Now, for the first time, she’s calling herself a survivor. 3:47

Ajoa Ayeko says the day her partner tried to strangle her was the day she realized she had to leave him.

"I would never wish on my worst enemy the feeling of somebody's hands on your neck and looking at somebody that has proclaimed that they love you, but is literally jeopardizing your life," she recalls.

Ayeko says it took four years of escalating violence to make the decision to move out, but she had no friends or family who could help her.

"I remember sitting on the floor of the dining room and literally not knowing what to do next. I had nobody who I could call and say, 'Oh yeah it's happened, can you come and get me? The one thing I know to be true is that if I don't leave, he'll come back.'"

She says an organization called Shelter Movers helped her escape.

"They literally carried me, not just literally, but also figuratively, emotionally."

Shelter Movers is just one of many grassroots, specialized organizations in the GTA that have sprung up in the last few years that are helping women identify, escape, and recover from domestic violence. These organizations are usually non-profits or charities that are not affiliated with police or governmental agencies.

Shelter Movers meets a specific need: helping to move victims of domestic violence out of their homes by giving them a storage facility to keep their things as they try to figure out their next move.

"We need to be able to respond very, very quickly. Maybe he's in jail, maybe he's gone to work. She needs an opportunity to get out safely," says the organization's founder, Marc Hull-Jacquin.

SOCH, which means "to think" in Hindi, is an organization that focuses on providing members of the South Asian community with tools to deal with mental-health challenges and navigate the mental-health system.

It's run by two registered nurses who grew up in Brampton.

As part of their initiative to break down the stigma of mental illness, they have been addressing some of the risk factors that lead to domestic violence — including organizing a monthly mental-health forum for Punjabi men called Mind Gym.

Co-founder Jasmeet Chagger says the forum provides a safe space for Punjabi men to share their concerns and challenges.

"That patriarchal culture that we've cultivated where men aren't supposed to talk about their feelings or share their emotions … sometimes unfortunately it comes out in the form of substance use or anger particularly toward your partner."

ISEE Initiative is a non-profit that works to educate and create awareness about domestic violence in the Tamil community. In 2019, the group helped repatriate Tharshika Jeganathan's body to Sri Lanka after she was killed in a machete attack. Her ex-husband has been charged with first-degree murder.

The organization was started by a group of friends in the Tamil community who all work in some aspect of the social sector. They noticed the rising occurrences of domestic violence in Tamil homes and wanted to bring awareness to the issue.

Co-founder and co-chair of ISEE Initiative, Cajaani Velautham, says for a lot of women in the Tamil community, there is a lack of understanding that what they are going through is actually domestic violence.

"Domestic violence in the Tamil community is far more normalized because it's something we've grown up to see," she says.

Velautham says Tamil women face many barriers if they decide to escape an abusive situation at home: language, lack of finances, not feeling dignified using a shelter, and avoiding taking their children away from the father.

The organization provides workshops to members of the Tamil community on what domestic violence is, to break down that stigma and educate the community about the impact of the problem.

ISEE Initiative does this by holding workshops for the public about mental health and domestic violence, tackling the issue of toxic masculinity through conversations, and running awareness campaigns for bystanders about what behaviours to watch for that constitute domestic violence.

The workshops are offered in both English and Tamil and address themes in the Tamil community like patriarchy and colonialism to help the community better understand the factors that contribute to domestic violence.

The homes are part of a project run under the National Zakat Foundation, a registered charity that provides financial assistance to people in Canada who can't access basic necessities.

There are six houses across Canada with two locations in the GTA, one in Mississauga and the other in Scarborough.

Each client has her own room and can stay for up to three months, sometimes longer depending on her housing situation. Clients have access to shared spaces like a multi-faith room, kitchen and children's play area.

Yasmine Youssef, the national manager of NISA homes, says the charity also works with women in their mother tongues to help them get back on their feet. They provide case workers, English classes, counselling, and classes about law or the financial system.

Youssef says both GTA locations are currently at capacity and there is a wait list for space.

"Thirty per cent of the women that actually reach out to us we actually have space for. The rest of the 70 per cent, we don't have space when they call," Youssef says.

Youssef says the organization hopes to expand to more locations across the country.

She says other shelters sometimes aren't able to understand the particular needs of Muslim and immigrant women.

If you need help and are in immediate danger, call 911. To find assistance in your area, visit sheltersafe.ca or endingviolencecanada.org/getting-help.

If you're worried someone you know may be experiencing intimate partner violence, here are some warning signs, according to the Canadian Red Cross: