Sheena Blake can still remember the pit in her stomach when she was offered the job. At first she thought she beat out the other candidates, but she soon learned she'd been picked so that she could fill a diversity quota based on the colour of her skin.

'We are often not the ones who are chosen and we know why.' 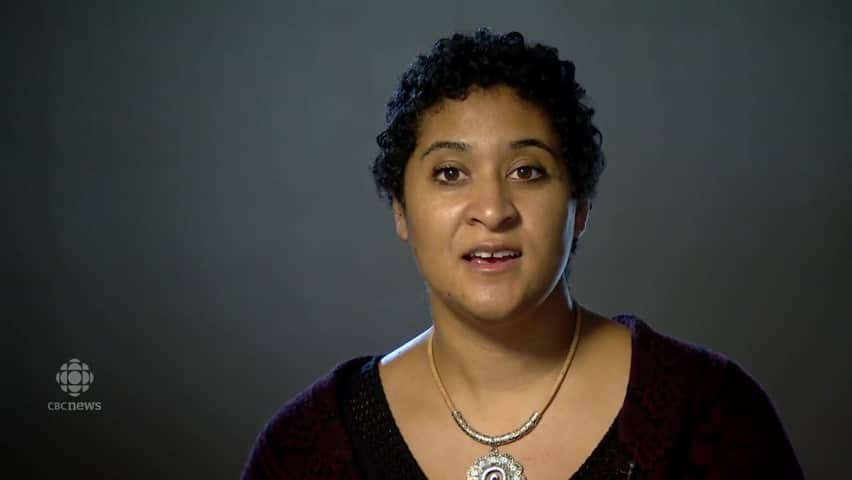 The pain of prejudice

Sheena Blake can still remember the feeling in the pit of her stomach when she was offered the job.

At first she thought she had beat out the other candidates, but she soon learned that she was on top of the list for a different, much more insidious reason.

"Someone asked me to work for them so they could meet their quota of having a multicultural space," Blake told CBC News.

That was years ago. But it's just one example of the countless quiet, hidden abuses that she says happen daily to black women, especially when it comes to the workplace.

​Studies in the U.S. and Canada reveal that job applicants with ethnic-sounding names are less likely to get a response than those with Anglo-Saxon names, despite having the same experience and credentials.

'It does kill from within'

A 2004 study for the U.S. National Bureau of Economic Research found resumés with white-sounding names got 50 per cent more callbacks than names that sounded black. A 2011 study by researchers from the University of Toronto found employers in Canada's most-diverse cities were 35 per cent more likely to call a job applicant with a white-sounding name over a Chinese- or Indian-sounding one.

Folks say, 'I don't see colour.' But I need for you to see my colour.- Verlia Stephens

"In real life what ends up happening is that when we go in for an interview, there's a pressure to straighten our hair, to wear makeup that allows our faces to contour in a way that looks more European," Blake told CBC News. "Even after all of that, we are often not the ones who are chosen and we know why."

Verlia Stephens knows that strain all too well. Stephens, who has worked as a social worker with black women for about 20 years, says she often sees that frustration in her clients in the form of depression or high blood pressure.

"It does kill from within," she told CBC News. "It's like a pimple that grows and gets infected. You get ill."

'As if you did me a favour'

Many would expect when they go to work that they were hired because the hiring managers thought they were best for the job, she says.

"But it's not the same for us. We go into our jobs with, 'Thank you, I got the job, I got a paycheque, however I have to do this additional work to show you, to prove to you that you made the right decision with me — as if you did me a favour."

It's a quiet kind of prejudice that also travels beyond the workplace, Stephens says.

Despite being a social worker and a university-level lecturer, Stephens says she's often mistaken by others for a client.

"Nothing's wrong with being a service-user, however to think that I may be a social worker or a nurse, may not be the first thing that people would say."

So, what about that job Blake was offered — the one where she'd fill a ' multicultural' quota?

She turned it down.

Hurt, angry, and feeling small as ever, she went home and told some of her aunts about the experience. Their response: "Get used to it."

The nagging questions remained with her: "Am I actually important? I do really great work, how come you can't see me?"

But for those who argue that hiring is based on merit alone, Stephens says colorblindness isn't the answer.

"When people think about Canada they think about freedom, tolerance. It's not true ... Folks say, 'I don't see colour,'" she said. "But I need for you to see my colour."

That's not because she wants workplaces to hire based on race. Instead, she wants her colour to prompt a conversation about their biases.

The first question she wants answered: "What is it about my colour that's so bothersome to you?"