Two weeks to go until election day — but the focus today is on two years ago when Liberals allege PC Leader Doug Ford was trying to sell "bogus" PC memberships inside an Etobicoke Tim Hortons. Here's where we are on day 16.

Two weeks to go until election day — but the focus today is on two years ago when Liberals allege Doug Ford was trying to sell "bogus" PC memberships inside an Etobicoke Tim Hortons.

And as the Liberals likely hoped, it's dominating discussion on the campaign trail Thursday.

Latest from the campaign 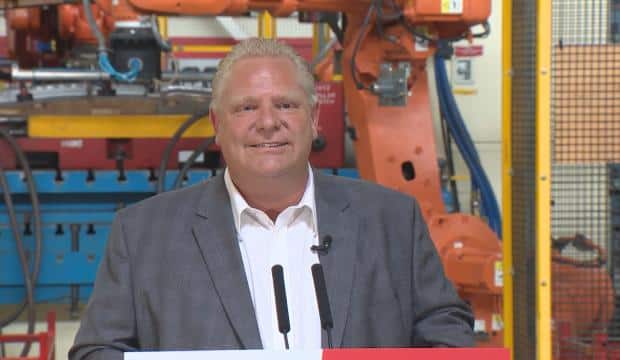 3 years ago
0:15
Doug Ford says this old issue "went through the appeals process and was totally dismissed' 0:15

He was asked, but didn't really respond.

This morning, the Liberals released an audio tape recorded in 2016 in which PC Leader Doug Ford appears to implore customers at an Etobicoke Tim Horton's to fill out party memberships without paying the $10 fee or completing the necessary paperwork, both violations of party rules.

Ford was working to sign up new members to boost the candidacy of Kinga Surma, who was seeking the PC nomination in Etobicoke Centre.

Less than two hours after the Liberals released the tape, Ford was asked about it at a scheduled campaign stop at a Tillsonburg metal fabrication plant. 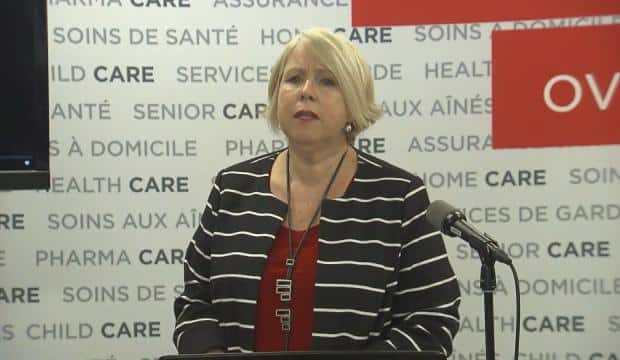 Asked if he would fire Surma, now the candidate in the suburban Toronto riding, Ford accused the Liberals of "trying to change the channel" with two weeks to go until voting day. Surma's nomination was appealed but was upheld by the party, he added.

Ford was asked if he ever paid for anyone else's memberships, a violation of party rules. He again accused the Liberals of trying to divert attention from their own record. Asked why he's heard assuring people on the tape they don't have to pay, Ford again evaded the question.

He also didn't directly answer a final question about the nature of his relationship with Surma, and why he allegedly broke party rules to help her campaign.

On the way to Doug Ford’s campaign event in Tillsonburg, in the riding of Oxford. It has gone PC for 6 straight elections but the NDP finished 2nd in 2014 and won it in 1990. <a href="https://twitter.com/hashtag/onpoli?src=hash&amp;ref_src=twsrc%5Etfw">#onpoli</a> <a href="https://t.co/M1wNzmyBk8">pic.twitter.com/M1wNzmyBk8</a>

Liberal incumbent Daiene Vernile — who served as minister of tourism, culture and sport prior to the writ being issued — has some stiff competition in this riding, which has been Liberal since 2003.

Along with Vernile, the candidates for the other main parties are all women: Mary Henein Thorn for the Progressive Conservatives, Laura Mae Lindo of the NDP and Stacey Danckert for the Greens.

Lindo has been visible in the community for her work at Wilfrid Laurier University's diversity and equity office. Some will know Thorn because she used to work for former PC MPP Michael Harris as well as former federal human resource minister Diane Finley while Danckert is known for her work with the Waterloo Region Environment Network.

Search traffic for the NDP has significantly spiked in the past month as the party surges in public opinion polls. On Google, the New Democrats are outpacing their Liberal and PC counterparts, particularly in the past few days.

It's 14 days until the election and the PCs are still without a platform. There's been a smattering of PC announcements but no fully costed platform yet.

It's also uncertain how much the PCs will adopt from the People's Guarantee, former PC Leader Patrick Brown's platform, released six months before the election.

Leader Doug Ford said a fully costed platform will be out before the election, which is now just two weeks away. The PC team is staying quiet on when though. Longtime PC politician Lisa Macleod told reporters Wednesday the platform would be coming "in a couple of weeks."

It's worth noting the Liberals haven't released a platform per se either, with their budget functioning as one instead.

Track all the places the leaders have gone so far.