TDSB could be broken up, Sandals says

The troubled Toronto District School Board might be too big to function, and could be broken up into smaller boards, according to Ontario Education Minister Liz Sandals. 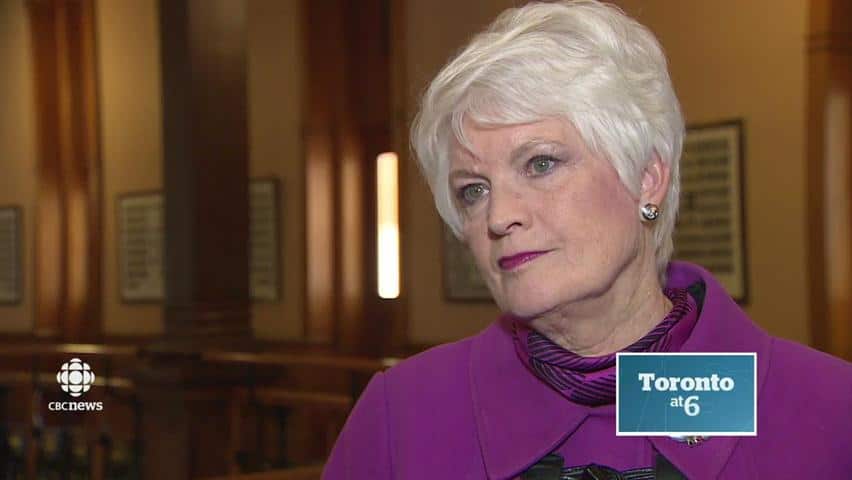 Breaking up the board?

The troubled Toronto District School Board might be too big to function, and could be broken up into smaller boards, according to Ontario Education Minister Liz Sandals.

The board has "spectacularly failed" to come together since the city amalgamated in 1998, Sandals said Friday.

"One of the thoughts is that this board is so big that it's almost like it's congenially dysfunctional," Sandals told CBC News.

Her remarks come one day after the release of a scathing report that highlighted widespread dysfunction at Canada's largest school board.

The 34-page report by external troubleshooter Margaret Wilson chronicled a "culture of fear" among board staff, and said trustees have over the years acquired powers that go well beyond their intended role.

It also pointed to cases when trustees interfered in the hiring of principals and other staff while running their wards like "fiefdoms." TDSB education director Donna Quan was also criticized for resisting the release of details of her contact. There were also allegations TDSB staff had their phones and email communications monitored.

Both Sandals and Wilson said bitterness since amalgamation is a significant part of the problem at the TDSB.

Officials will start looking at a possible break-up "as quickly as possible," Sandals said Friday.

Quan has said the board will work to implement a list of 13 changes called for by Sandals and prompted by the report. The deadline for making the changes is Feb. 13.

The changes include everything from closing the office trustees use at 5050 Yonge St. to accepting various controls in how money is spent.

But long-serving Ward 16 trustee Sheila Cary-Meagher dismisses the report and its suggestion of a "culture of fear."

People are afraid of "losing their job," Cary-Meagher said. "The reason they may lose their job is because the money isn't there. It's not about trustees pushing people around."

Earlier in the day, during an appearance on CBC Radio's Metro Morning, Sandals said she will enforce the four-week deadline, and indicated a willingness to take further action.

The trustees "collectively as a group have the capacity to quickly turn themselves around," she said. "If they don't, then I have the legal ability to take further action."