Hussam Eddin Alahmad and his wife fled war-torn Syria and are now living in a North York hotel room with their young daughter and newborn son, Justin.

Less than a month after arriving in Canada, a local Syrian refugee family has welcomed a baby boy — and they've named him after Prime Minister Justin Trudeau.

Hussam Eddin Alahmad and his family, including his wife Sherin, two-year-old daughter Ezdihar, and newborn son Justin, have been staying at a hotel in North York since coming to Canada on Jan. 8 after fleeing war-torn Syria. 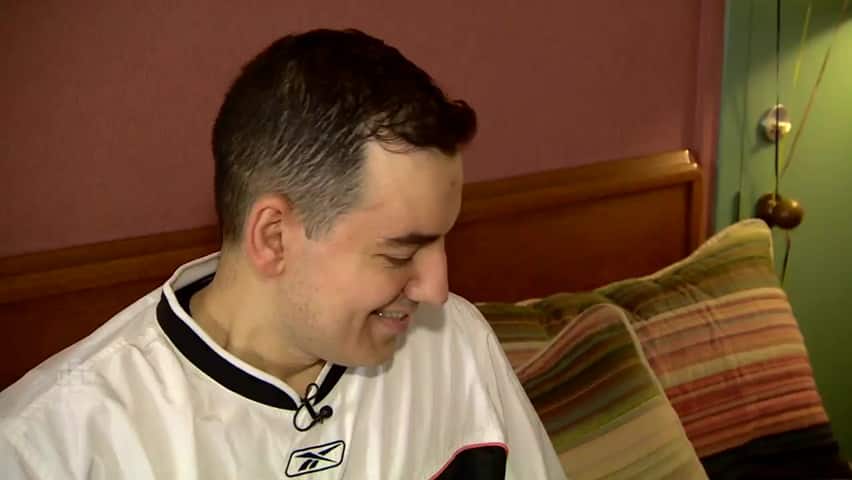 4 years ago
0:25
Hussam Eddin Alahmad and his wife fled war-torn Syria and are now living in a North York hotel room with their young daughter and newborn son, Justin. 0:25

"We find here humanity towards all people, they accept all cultures here," Alahmad said during an interview in his small, two-bed hotel room.

"And we love Prime Minister Justin Trudeau," he added with a laugh.

'We are so happy that he was born here'

Alahmad's wife Sherin gave birth to the couple's second child on Friday, a baby boy with a mop of dark hair that might one day rival that of his famous namesake.

Alahmad wanted his newborn's name to pay tribute to Trudeau as a way of saying thanks for Canada welcoming thousands of refugees.

A year ago this month, Canada hit its target of bringing in 25,000 Syrian refugees — an important step for Trudeau's government, which made an election promise of resettling that many people fleeing the civil war in Syria.

Coming to Canada from Aleppo, Syria's largest city, was a five-year journey for Alahmad's family, which included time in Arabia and the United States before finally entering Canada this year.

Still, despite Canadian support, starting a new life in Toronto is an uphill climb for Alahmad and his family.

While Alahmad speaks English, Sherin doesn't, and the couple still needs to find an apartment, schools, and work while juggling the challenges of raising a toddler and a newborn.

But Alahmad is full of hope for his whole family — including little Justin.

"I hope for him to live in a free country, to live in a safe place here, to study with a great university and college here, to have freedom here for everything… that he'll be happy," Alahmad said.