Try the grasshopper tacos at this Mexican restaurant in The Beach

Xola is a Mexican restaurant located in The Beach neighbourhood serving up tacos, ceviche and some insect protein dishes.

One of my first memorable dining experiences as a young adult in the city was at a Spanish tapas restaurant called Embrujo Flamenco on the Danforth.

"Embrujo Flamenco was really the first restaurant in Toronto to bring Spanish cuisine at that level," chef Mali Fernandez said.

But after spending some time cooking at Embrujo Flamenco, Fernandez decided to open Xola, her own restaurant on Queen Street East in The Beach neighbourhood.

Fernandez's taco menu is a far cry from other mediocre counterparts. The fried basa tacos are sensational, punched up with sour and spice notes. The slow braised meat dishes are satisfyingly soothing like a home-cooked meal from a loved one; even the ceviches are a standout.

Xola is where I was first introduced to huitlacoche, a fungus that develops on corn giving it a earthy and funky taste similar to dried shiitake mushrooms.

With each visit, I've watched Fernandez's small restaurant evolve and incorporate traditional dishes, with slight tweaks, from her childhood in Xalapa, Veracruz.

"I am from Xalapa, but my food celebrates the food of Mexico City. Everything coming to one place," she said.

Mexico City is having a culinary moment right now, from street food to modern bistros, with food enthusiasts flocking to Mexican capital in waves.

I recently travelled there and was presented with a food scene that is vibrant and diverse. A nation seemingly rooted in using corn and chile pepper, but sways between tradition and progress.

After my recent Mexico trip, I visited Xola and noticed that her cooking is very much on the same pulse, taking something traditional and giving it a highlight or two.

Fernandez and her husband Francisco Zea are not afraid of introducing insect protein wherever possible; you'll see margaritas finished with a single fried chapulina, a grasshopper on a stick.

Or, they will add a layer of spiced grasshoppers to give the house guacamole some crunch and heat. Insect protein is a way of life in Mexico, from candied worms in market stalls to ant eggs served with breakfast platters.

Not only is it cheap, a sustainable meat protein, but also delicious if you give it a try. Start with the margarita. 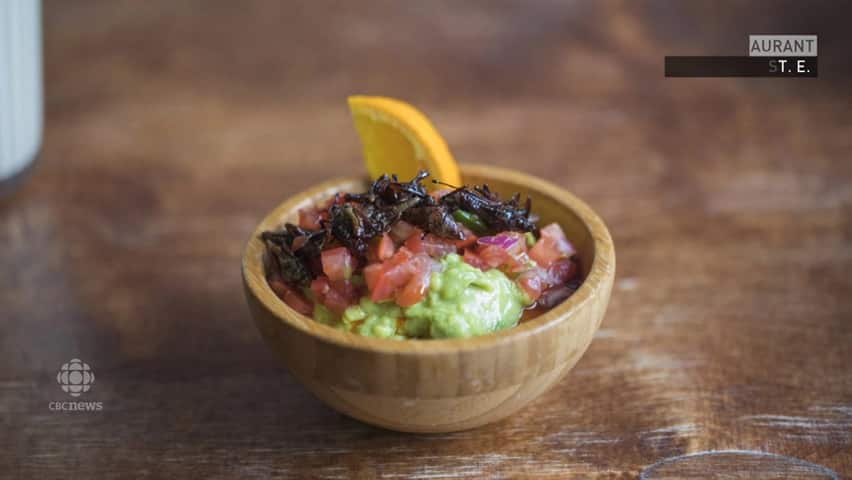 Xola is a restaurant that inspires repeat visits. Recently, I had a colourful plate of cooked chayotextle. It's the root of chayote slow cooked with blue cheese, poblano peppers and corn.

The ceviches are a great starting point. There are a five types on the menu that make it ideal for sharing with a small group.

I recently had the chance to enjoy two ceviches. The "ash ceviche" made with tomatillos that are roasted until its surface blisters, slight tinges of smoke compliment the herbal and tart qualities of the fruit.

The beet ceviche may be my all-time favourite of Fernandez's lineup, made with beets, plantain and lime juice. It can be mouth puckering at times, but wonderfully tamed by the chunks of haddock and the earthy beet juice.

When you're ready to navigate further through Fernandez's cooking, hit the taco menu. Fernandez sources her masa from a local producer and presses tortillas to order, a refreshing approach compared to dry and tasteless store-bought shells.

She has kept her hits from the battered and fried haddock to the cactus tacos with fresco cheese and jalapeno cream. If you're feeling adventurous, I recommend the chapulina tacos, a corn tortilla with a bed of crunchy chapulinas resting on it. They're nutty with slight kicks of smoke.

The piece de resistance on the menu still is her use of huitlacoche.

Fernandez sautees the funky chunks of blighted corn with vegetables and then stuffs it into a masa shell before deep drying. It is a meatless dish, but you wouldn't know from the taste of mushroom-y corn and that deep earthy masa.