You can now get these Brazilian brigadeiros in Toronto

Brigadeiros are traditional Brazilian confections that are truffle-like and topped with chocolate sprinkles to coconut shavings.

Mary's Brigadeiro is located at 1912 Danforth Ave. in Toronto

Mary's Brigadeiro is a sweet shop on the Danforth where fresh brigadeiros, a traditional Brazilian confection, are made by owner Mary Oliveira.

"Toronto is a city where you can find so many cultural foods, but Brazilian food not so much, especially sweets," Oliveira explains.

The sweets are made with condensed milk, butter and cocoa powder. 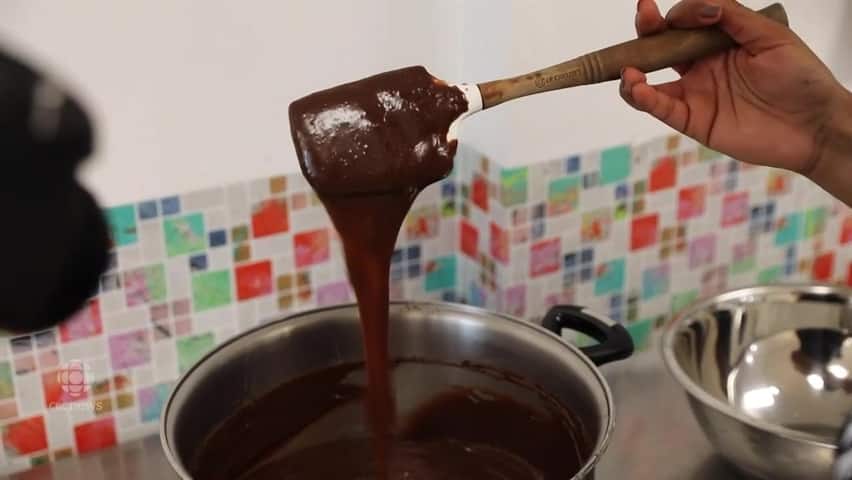 1 year ago
1:02
Here's a look at the process behind making traditional Brazilian brigadeiros at Mary's Brigadeiro on the Danforth. 1:02

I was first introduced to brigadeiros years ago at a friend's house. A small table was dedicated to an assortment dressed in sprinkles, chocolate shavings and even Smarties. The truffle-like treat was too sweet and left an oily aftertaste in my mouth. I couldn't have more than one.

"The story of the brigadeiro is more than about the sweet, it is part of our culture," Oliveira explained.

The word brigadeiro originates from Gomes's rank as a brigadier in the Brazilian military. The confection quickly became a hit in households, getting a foothold in Brazilian culture over the last 70 plus years.

"You will find brigadeiros at most celebrations, kids' parties in Brazil. Sisters, brothers and cousins will gather around a table and roll them and eat them," said Oliveira.

Oliveira's mother has been a brigadeiro maker for most of her life.

"My mom raised three kids by herself. Her income came from making Brazilian baked goods and brigadeiros, and selling it to the neighbourhood. It was about survival."

When Oliveira and her husband Justin Coombs moved to Toronto in 2012, she noticed a lack of Brazilian confectionary in the city.

"I started my business for two reasons: to present Brazilian culture to Toronto but to also preserve a part of my culture that I was missing."

While Oliveira has deep affection for the Brazilian confection, it hasn't stopped her from improving the brigadeiro, and making a product that, in my opinion, is superior to the classic homemade version.

This is how Oliveira makes the basic sauce: she brings the condensed milk to a bubble and quickly throws in blocks of butter and dusts cocoa powder over the mixture.

Oliveira adds some chocolate a few minutes later. She watches over the pot, stirring the chocolate sauce to prevent it from burning as it slowly starts to thicken. Once it reaches the right consistency, a glossy sauce, she pours it onto a pan to let it cool.

The fudge is cooled for 24 hours to allow the chocolate to crystallize. When it's ready, Oliveira forms small balls of fudge and coats them in a variety of toppings from chocolate sprinkles to coconut shavings.

In other batches, she will mix in small amounts of cayenne pepper, cinnamon, nutmeg and smoked paprika to evoke the taste and feel of Mexican hot chocolate.

Part of her creative process is inspired by visits to various food markets. The raspberry brigadeiro was a result of Oliveira browsing through the dried fruit aisles of Domino Foods in the St. Lawrence Market. The topping provides a wonderfully sweet and tart undertone to the dark chocolate.

As of my last visit, there were 20 types of brigadeiros on her menu, a mix of traditional like chocolate sprinkle brigadeiros to experimental ones like salted caramel.

"The salted caramel is one of our most popular ones. It is very non-traditional but people here love it," said Oliveira.

If you visit Oliveira's shop in the morning, you might get a chance to enjoy a spoonful of hot fudge.

It feels luxurious as the warm chocolate coats your mouth, following with accents of pepper and baking spices.

What I prefer about Oliveira's brigadeiro is that they're not sweet, nothing overpowers, it is chocolate indulgence.