These momos are 'inspired by life in Parkdale'

Ask where you can find good Tibetan food in Toronto and chances are you'll be directed to Parkdale, where Jangchup "George" Dorjee's Tiny Cafe whips up an assortment of momos. While some are traditional, others are Dorjee's own creations, "inspired by life in Parkdale," the restaurateur says.

Tiny Cafe is located at 10 Macdonell Ave. in Toronto

Ask where you can find good Tibetan food in Toronto and chances are you'll be directed to Parkdale.

The west end of Queen Street has seen a lot of change in the last two decades. Ever lively and colourful, the neighbourhood has blossomed into one of the hippest corners of Toronto.

"It was very gritty when I first moved to this neighbourhood 20 years ago," said Jangchup "George" Dorjee. "But it's a fantastic part of the city. Parkdale is fantastic."

In Dorjee's restaurant, Tiny Cafe, he sings odes to one of the most classic Tibetan dishes: the momo. You can spend years living in Parkdale racking up all the Fitbit steps on Queen Street and still easily miss his cubicle-sized restaurant, tucked away on Macdonell Avenue.

It's early in the morning and Dorjee and his assistant are quickly assembling stuffed momos for the day's lunch service.

"This is the beef momo, the most popular one," Dorjee said, picking up a thin circle of dough. "It stems from my childhood memories." 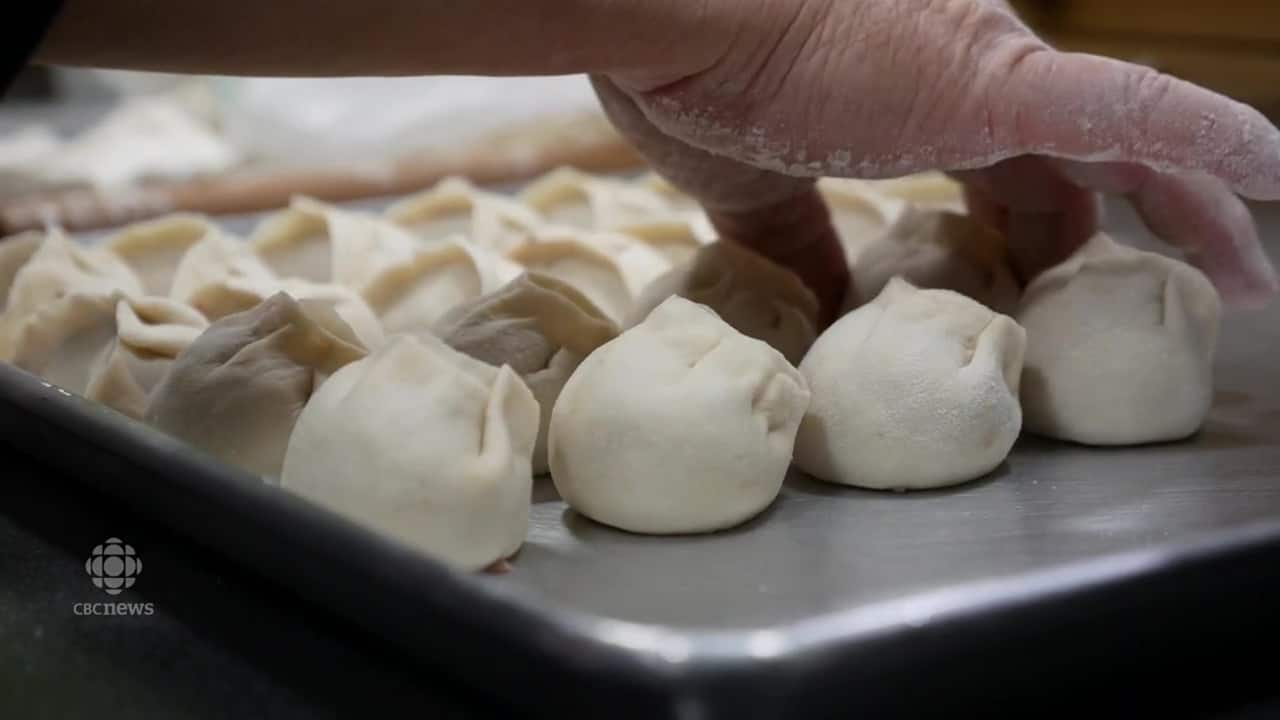 He spoons a small amount of the mixture before carefully pleating the dough.

Moments later, he steams a batch of beef momos and serves them to me with a small amount of chili sauce on the side. Of all the momos I've had in Toronto, these immediately feel like someone made them for you at home. They're full of simple and comforting flavours.

My interactions with the neighbourhood now known as Little Tibet have been occasional; the once-in-a-while visit for momos at Loga's Corner, or a bowl of Tibetan soup (thenthuk) and stir-fried beans and potato (Alu-Phing) at a restaurant called Little Tibet. It is a part of the city I want to explore further this year.

"This area has changed a lot in the last 20 years," Dorjee said. "It wasn't always Little Tibet. But Parkdale was known for affordable housing and that was really inviting to exiled and marginalized Tibetans."

According to the latest Canadian census data, more than 5,000 Tibetans live in Toronto. That's more than two thirds of the entire Tibetan population in Canada.

Dorjee, born in Nepal to Tibetan Parents, moved to Canada in the late 1990s. Parkdale has always been home to him.

"I have lived here more than anywhere else in my life. I opened my first business in Parkdale."

Prior to opening Tiny Cafe, Dorjee spent a few years as a bicycle courier, which eventually led him to opening a repair shop on Macdonell Avenue where the cafe currently stands.

"The shop was so tiny, I had room for a workbench and some parts, so I would be outside on the street repairing bicycles," he said.

After a few years, he had the idea of opening a momo shop.

"I noticed that while we have great momos in Little Tibet, I wanted to bring my own family's legacy to Parkdale," he said.

The menu is limited at Tiny Cafe, and that's a great thing. In a space with only a handful of stools, Dorjee features a small assortment of momos.

Some of them are his own creations.

I recently enjoyed one of his vegan concoctions: a chive and potato momo with pronounced garlic and onion notes. There's also another popular vegan momo that Dorjee makes with tofu and black mushrooms, which has a really earthy quality.

Then there's that chili sauce I mentioned. Dorjee makes it with Indian and Sri Lankan chilies that he found at a convenience store in the neighbourhood, brings an addicting blast of heat to the paneer and spinach momo that he regularly features on the menu.

"These are not traditional by any means, but they are my additions inspired by life in Parkdale."