One of the most unexplored neighbourhoods of the GTA is right under our noses, within city limits.

Regent Park is a small squared section of the city located in Old Town Toronto, home to Canada's first and oldest housing project, which dates back to the 1940s. A lot has changed since then.

It was first home to people of Irish and British backgrounds. Through the 70s people from the Caribbean and southeast Asia populated the area, slowly changing the landscape of what is commonly referred to as "lower Cabbagetown." 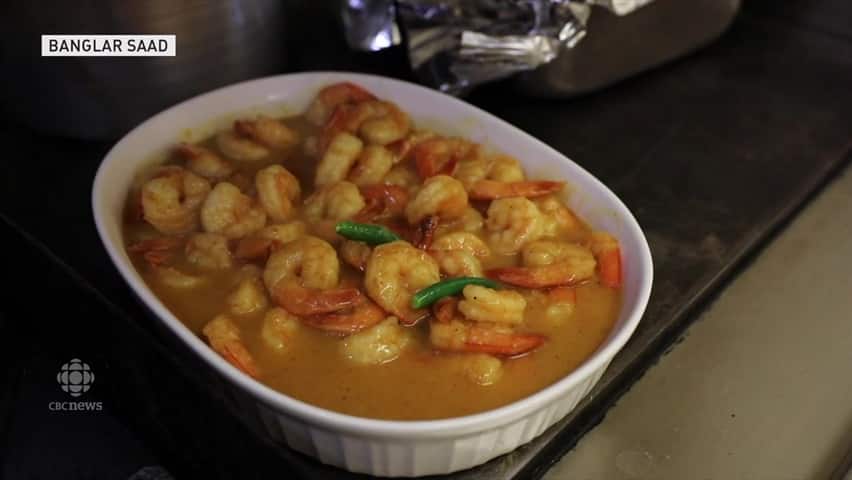 In the last decade, it has become home to a fast growing Bengali and Tamil population. Bangladeshis make up a large percentage and as a result, we're starting to see an emergence of Bengali food on Parliament street.

Many of these newcomers are eager entrepreneurs that wish to enter the hospitality industry, but they don't have storefronts.

There is a variety of reasons for that: a language barrier, huge costs, and a lack of understanding of the Toronto market. I've learned over the years that for newcomers, it's nearly impossible to jump into the food industry without a helping hand to navigate the hurdles. This is why CaterToronto plays an important role in the city.

Ling Yu works with newcomers who are interested in starting a food business and coaches them. She helps them put together a business plan, manage costs, develop menus and technical support. For a newcomer, CaterToronto is both a knowledge base and support system for launching a business.

Ling Yu also provides one of the most critical requirements for budding food entrepreneurs in Toronto: access to commercial kitchens in the city.

Over the years Ling Yu has worked with many pop-ups, from My Little Dumplings to Mnandi Pies, helping entrepreneurs launch their food businesses through catering avenues and farmer's markets.

During a recent conversation with Ling Yu, I expressed my desire to try home-cooked Bengali food.

It's a type of cooking that is still very hard to find in the GTA. It shares many similarities to Indian cuisine, but in general I find Bengali food stands out for its spicing, heat, and sharp but nuanced flavours in its curries and stews — spiced dishes which are then complemented by rice and buttery rotis.

Ling Yu suggested I visit the Regent Park Community Centre, which is where I met the women of the Banglar Saad catering group.

Banglar Saad is a group of newcomer Bangladeshi women who formed a pop-up under the aid of Ashrafi Ahmed, the gardens coordinator of the Regent Park Community Food Centre.

During my first visit, I sat down with the group for lunch and Ahmed presented me with plates of fluffy poori (deep fried roti), a spicy chickpea salad, and some of the best pakoras I have had in recent times.

She works with up to nine Bangladeshi women to curate weekly menus that feature Bengali home cooking — food you can't find anywhere else in the city.

"We are all from Bangladesh. Women of all ages, some are single parents. We met in the gardens of Regent Park CFC," Ahmed said.

"We all felt that there isn't any good Bengali food in Toronto. So we wanted to change that with a taste of our home cooking from our home land".

With the help of Ling Yu, Ahmed and her team decided to launch the Banglar Saad pop-up to cater to the local community's need for Bengali food. They curate a weekly menu, cook out of the Regent Park CFC commercial kitchens and prepare meals for small to large groups.

To order, you visit the Banglar Saad page on CaterToronto and place an order 48 hours in advance. Trust me, it's worth it.

During a visit, the women were preparing a large feast for a catering order. One section of the kitchen was dedicated to roti making, as the women prepared two styles of rotis.

"One looks like regular flatbread and the other is the fluffy buttery paratha," Ahmed said.

Freshly made paratha rotis are hard to come by because they're laborious to make. Dough is rolled out, layered and folded with butter.

After frying it on a pan, the hot roti is quickly slapped together by hand to soften the roti and aerate the flaky roti. The texture is somewhat reminiscent of a French croissant, denser, but with pronounced buttery notes.

Another station was responsible for curries; there was a bone-in chicken curry with a deep layering of spices, and a shrimp curry made with coconut milk to give it a creamier texture.

By serving the community, Ahmed and Banglar Saad quickly found favour with the local Bangladeshi population.

But I think this kind of food is worth a trek across town. It's rare that I am able to recommend a chance to try traditional home-style cooking, especially Bengali, but in this case, it is also a chance to support a network of women who are trying to add to Toronto's culinary tapestry.